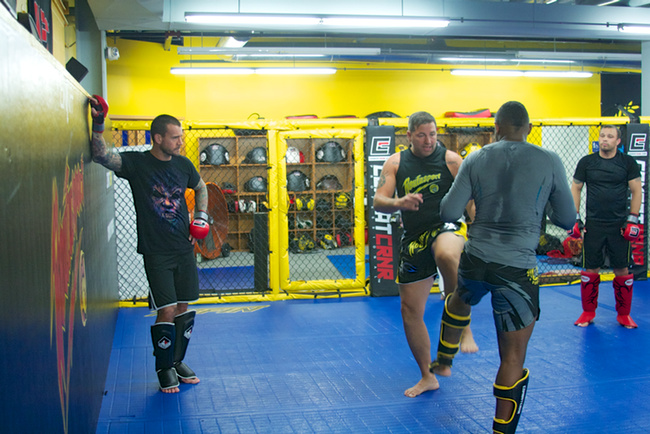 Friday afternoons are “fun time” at the Roufusport Martial Arts Academy in Milwaukee, Wisconsin. No grueling three-a-day sessions like during the rest of the week, no killer cardio work. Coach tells me on the phone that Fridays are when the tricky stuff comes out, the Showtime kicks and spinning fists. People are loose after drilling themselves all week, Friday is that free space before a weekend of straight sleep.

This afternoon started with Duke Roufus and Scott Cushmen assessing Willie Gates, who will be fighting one of their students, Dustin Ortiz, in Nashville this coming Saturday. They watch Gates fight John Moraga on Fight Pass — Ortiz fought Moraga back in January of 2014, and the team feels Ortiz won that fight. They’re confident about this one too. Ortiz is from Nashville and he was initially meant to fight Ian McCall in front of friends and family - a rematch of an old loss from amateur days. But Gates will do. 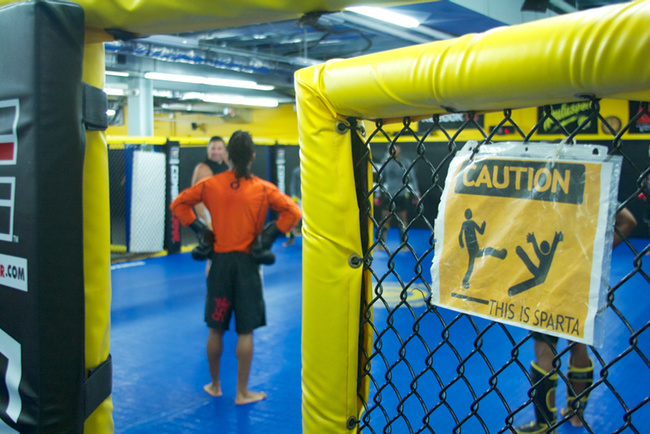 The rest of the team slowly wrap their hands and talk some smack. Somebody mentions making a movie of Phil “CM Punk” Brook’s life.

“Just let me play you, Punk,” calls out Emmanuel Sanchez, a Bellator featherweight. “That’s all I want man.”

It’s clear right away that Punk is special, not because he's better than everyone else, but because he is not. He introduced himself to me as Phil and he’s on a mission many a middle aged man dream of taking: parachuting into the mixed martial arts world—at the very top, training with the very best—on a mission of self-discovery. Phil’s work life before MMA had cash and fame, but little meaning. The path got blurry and now in the yellow Spartan world of Roufusport he’s trying to find it again. The rest of the team know he’s famous, know he’s probably got more cash, and know everyone wandering into the gym with a camera will train it on CM Punk first.

They also know he needs to learn a whole lot, and that right quickly. There is probably some tension there, but when Friday’s Fun Session begins, it’s tough to tell Phil Brooks apart from any other wannabe in that gym, sweating and sparring and calling out when Duke Roufus asks his rhetorical questions.

“If we don’t focus on what we’re doing in there, we won’t what? Get better, that’s right.” 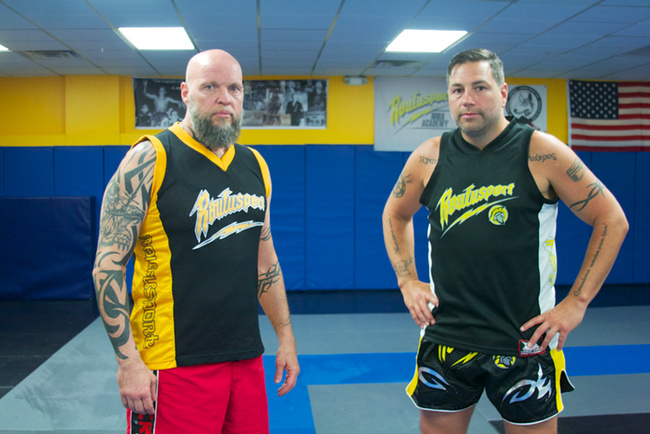 Roufus is from Milwaukee and the gym he opened is eleven blocks from where he grew up. He’s big Midwest stability sporting an increasingly softer exterior wrapped around the best striking core in the game. Reminds a lot of people of Dad, I would guess, and that’s how it looks in there. Today he’s teaching his students about setting up takedowns with strikes; about setting up strikes with level-change feints.

The last time I saw Sergio Pettis, it was after catching a sneaky left hook from Ryan Benoit in a fight he was dominating. He looked really good on Friday, catching his sparring partners with a dizzying mix of strikes and takedowns. All business in there, showing no mercy to Punk in a short sparring session, followed by clean respect when he helps the man up. No wasted talk or movement. Another fighter I noticed from before, Raufeon Stotts, has that same professional feel to him. No slop, just full on when the session starts, full chill when it stops. I saw him outclass a guy in Minnesota on the Legacy card and I remember him having that poise, the confidence gained after being drilled in an army for years and then being called out to perform that same duty under the lights.

Punk has a different poise. When Duke Roufus calls the group in for his final speech, it isn’t about the striking game or takedown defense, it’s about social media and developing a persona. It’s uncharted ground for most of the fighters. Roufus tells them to find their signature move, the Showtime move, so people can remember them, become fans, care about their fights. Tweet each other. What’s the hashtag campaign for this week? When Phil adds his voice to this conversation, everyone stops to listen. He’s not the celebrity in the gym anymore, but that team member with a skill set none of them have yet. 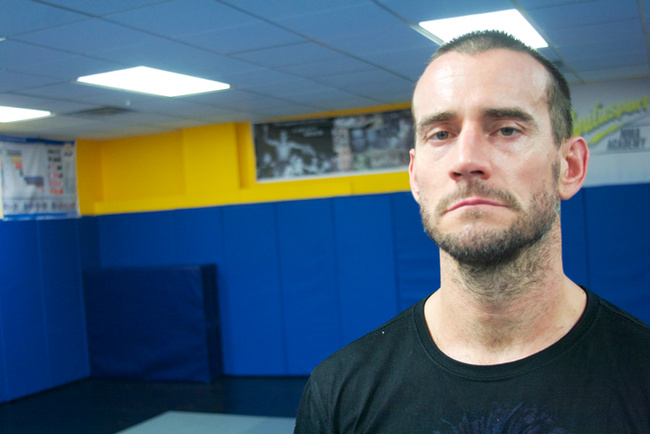 The session ends and I’m trying to get a couple minutes with Punk. He’s both stand-offish and ready to reveal his demons at the same time. This is one of those chances, we figure out, to test himself as a man and a human with this mixed martial arts gambit. Phil wants to slay the fakery he wallowed in with the realest sport around right now, but no matter where he goes, “CM Punk the Wrestler” follows him. It puts him slightly on edge.

Truth is, he doesn’t need to do this. He’s almost twice as old, twice as accomplished as the young men he’s training with three times a day in one of the most grueling MMA gyms in the world. “I’m an ambitious dude,” he says as we part in the parking lot. He’s also just a regular dude, getting called out daily by some of scariest men in combat sports. I get in my beater, start her up, and consider deeply the concept of balls.