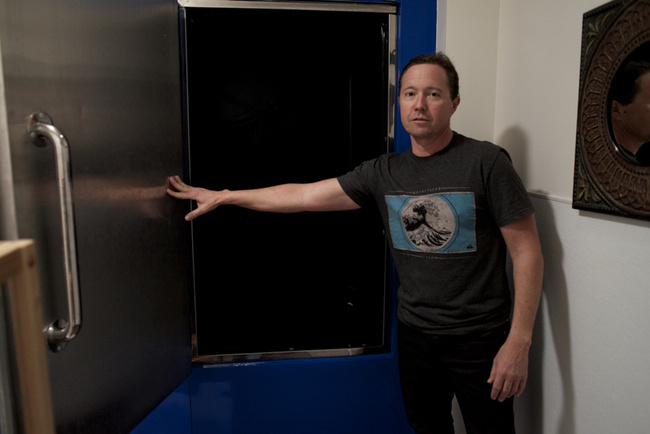 If you even occasionally listen to Joe Rogan’s podcast, no doubt you’ve heard him tout the benefits of floating in an isolation tank. Stress, insomnia, aches, pains—they all melt away as you sink in the salty brine.

While training jiu jitsu with UFC veteran Tom Watson, who is halfway through training camp for UFC 183, Watson also talked up the benefits. “I just came from my first float session,” he told me, “and I can’t believe how loose I feel. I’m really thinking this is going to help me recover faster.”

Which, for anyone who trains, is like hearing the golden ticket to Willy Wonka’s chocolate factory is up for grabs.

So I met Tom at Newport Float Therapy, and proprietor Ron Becker gave us a tour of the facility. 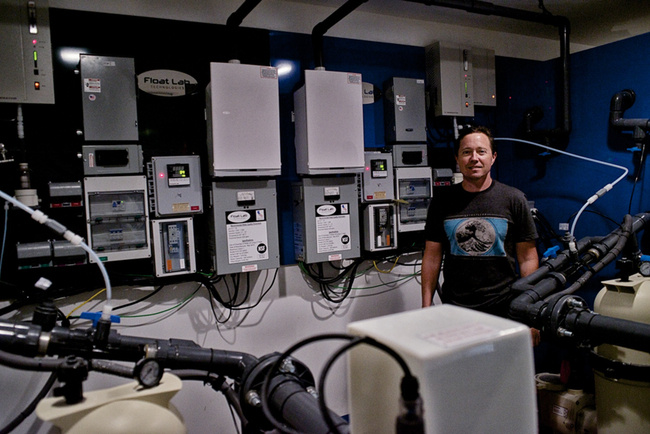 The tanks are massive steel contraptions over eight feet long and four feet wide, connected to filtration pumps that clean the water after every session. And this attention to cleanliness is critical, because, let’s face it, you’re climbing naked into a tank from which more than one person recently exited.

But these pumps aren’t where the magic happens. The transformation takes place between the ears, and it starts just minutes after you seal yourself in darkness.

Unlike most enhancers hyped by professional athletes and weekend warriors, sensory deprivation tanks have been around a long while. Sixty years, give or take a few months. So there’s plenty hard data to sift through, unlike the usual ‘bro science’ associated with Himalayan mushrooms, nootropic concoctions, etc.

John C. Lilly, a neuro-psychiatrist at the US National Institute of Mental Health, developed the first isolation tank in 1954, in order to conduct experiments with LSD and study the brain’s reaction to a complete lack of stimulation. These trials inspired the movie, Altered States. Which may not hold up to today’s CGI, but if you’re going to float, it’s required watching.

Since Lilly’s initial tests, researchers have thoroughly documented the therapeutic benefits of floating. The foremost being stress relief, which in many studies led to improvements relating to anxiety, depression, insomnia, and even fibromyalgia.

More important to the professional athlete, floating shifts the brain into a theta state, which likely accounts for the increased creativity and performance associated with repeated sessions.

In this way, Watson uses the tank for visualization, which is an established method for improving performance.

“For me, with so much always going on, I find it difficult to visualize,” he said, “but lying in the tank there are no distractions. You’re not even distracted by the concept of time. So when I’m in there, I don’t even imagine my opponent, because that’s another distraction—I just picture myself running through techniques, or sequences, and I’ve already noticed results.” 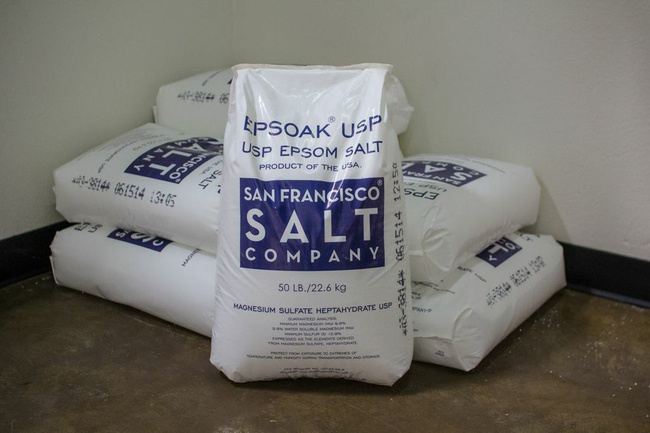 It’s pretty simple. In the private stall, you strip and step into the tank, which contains warm water up to your knees. Then sit, shut the steel door, and lie back. Now relax. You wont’ sink, the salty water is too dense. Even if you pass out, your mouth and nose stay above the surface.

Nothing required but letting go. Except that’s easier said than done. Think about the minute-by-minute stimulus you experience upon waking: roll over, hit the beeping alarm, check the phone, shower, dress, hop in the car and listen to music or a podcast, get to work, log on a computer, text, check social media, text some more, gab on the phone, etc.

So lying there, with zero input, is almost psychedelic. Or nerve-wracking, depending on your bent. But either way, the initial shock fades, and random thoughts come and go. Suspended in deep space, you simply drift. 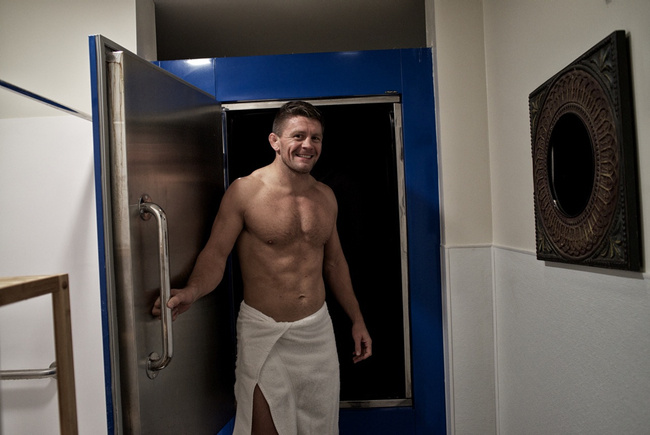 “The first time [I floated], I kept thinking of the movie Gravity,” Watson told me, “it was so wild, but then you acclimate.”

That acclimatization is key, because every study I’ve read, and every flotation advocate I’ve encountered, cited the need for repeated use in order to optimize the gains. During this training camp, in which he’s preparing to face Rafael Natal, Watson is floating at least twice a week.

While flotation tanks and martial arts may seem an odd combination, recovery and improvement are the name of the game.  “I should not be the same fighter I was five years ago, or even last year, or last month. So I’m constantly looking for ways to raise the bar. Even if something doesn’t pan out long-term, just the energy from trying something new pushes you farther. And let’s face it, after lifting weights, sparring, hitting the mitts, riding a bike, training jiu jitsu—sometimes you don’t want to do anything, and that’s when floating is so great.”

I dug it. Not only that, the science is solid. And when else are you really going to put down your phone for two hours?

Check out these other installments of Gaining the Edge: