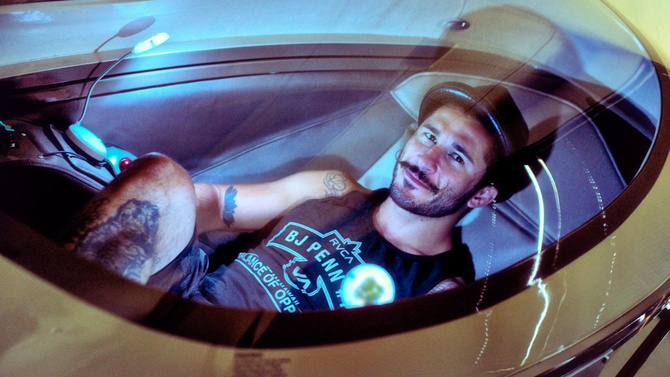 A professional athlete spends 97.92% of his waking hours trying to best the competition: training, eating, resting, watching videos, downing supplements, listening to motivational talks, even sex—all manipulated to eek out the slightest advantage. "Gaining the Edge" is where we review the latest performance-enhancing methods, gear and supplements. Point being, the battle never ends.

For this week’s Gaining the Edge review, I met UFC fighter Ian McCall at the Ascent corporate offices, in Newport Beach, California, to test out their proprietary CVAC pod.

When you walk through the door, just beyond the reception area, you find two pods—and by pods, I mean two contraptions straight out of 2001: A Space Odyssey. What is CVAC? The glossy brochure states: “CVAC provides a dynamically changing environment that employs short-duration exposures to hypobaric hypoxia.”

Translation: I sit in the pod, the lid closes, and the computer starts increasing and decreasing the atmospheric pressure in short intervals designed to force my skin-suit into creating more red blood cells. These new cells carry more oxygen, which yields better cardio, and quicker recovery. I’m no scientist. I only know the water bottle between my legs is sucking in and out, breathing. 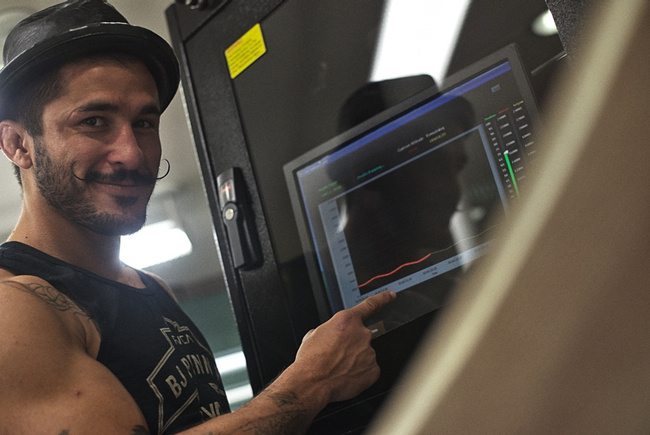 View from the pod—'Uncle Creepy' monitoring my vital signs

If you’ve ever scuba dived, or even snorkeled beyond ten feet, you’re halfway there. For the rest, just imagine diving on acid—one second you’re on the surface, the next you’re a hundred feet down, back up, then down, up, down, up, down. All while holding your nose, and trying like mad to clear your ears, while watching your life support monitor (or what looks like one) mimic the ride.

If you want another analogy: it’s like driving 90mph with the back window rolled down, the air warbling so hard you want to puke.

A few minutes in, the claustrophobia dissipates, and you settle into the rhythm. Despite the claims, this isn’t a workout sans the work. When I finally emerge, I’m sweating.

Afterward, I felt a slight euphoria. Not like drugs, or post-surfing, but definitely something tangible. Ian claimed the daily sessions upped his game in the gym, and helped him sleep deeper and longer. “It takes a month to really kick in, but I couldn’t imagine a fight camp without CVAC.” 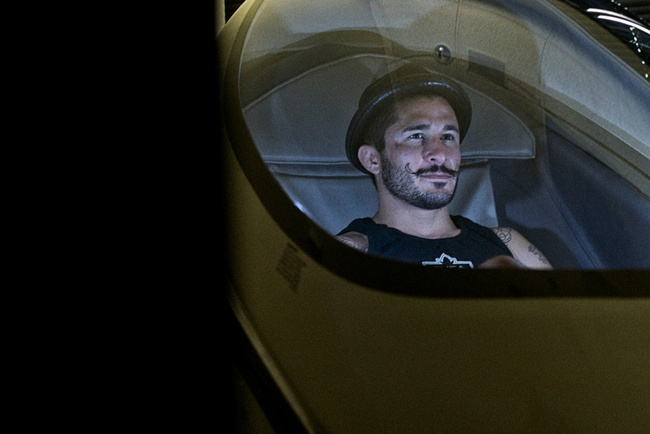 Major Tom, ready for lift off

A recent study conducted by the University of Hawaii produced clear evidence of ‘increased arterial oxygen saturation’ in athletes using the system.

If you don’t trust the scientific method, maybe The World Anti-Doping Agency’s condemnation of CVAC will sway you. Their position is that altitude training in hypoxic chambers violates the ‘spirit of sport.’

I say there must be gold in them hills, if WADA considered banning it.

So… two thumbs up. If you live near a pod, check it out.

Unfortunately, there are only a few pods available to the public. Peruse the CVAC website for locales. 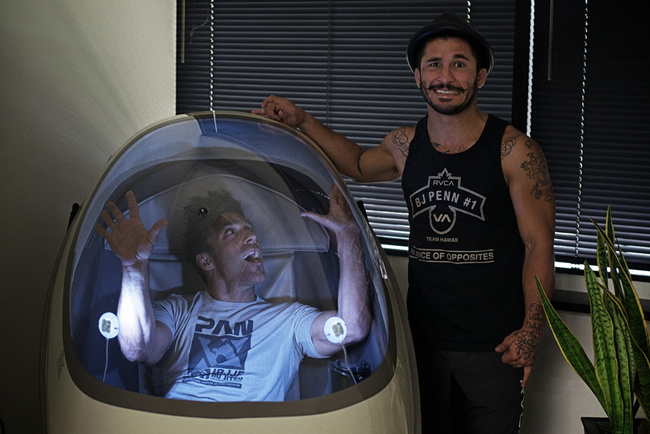 The Tooth, Trapped at Last! (Photo by David Swayze)

Caveat: It’s my position that most nutritional supplements and training gear are no better than snake oil, and in many cases, harmful. Take the recent studies showing that taking Vitamin E supplements can double your risk of prostate cancer. Also, a Consumer Reports study revealing that several protein powders contain high levels of toxic heavy metals, including lead, cadmium and arsenic.

So, if you’re willing to spend your cash on the placebo-effect, stick to company websites. Otherwise, check back for weekly reviews of performance tech used by athletes.