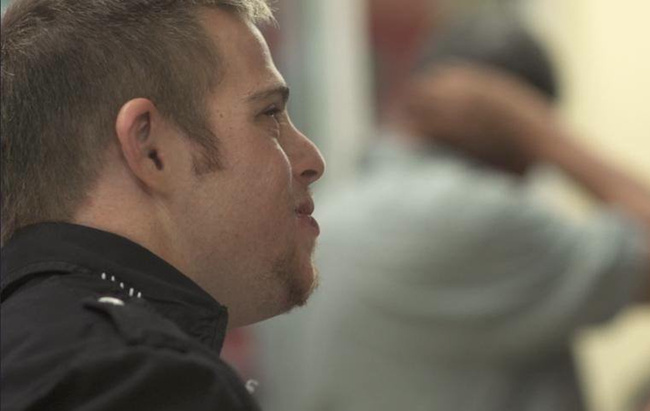 Garrett “G-Money” Holeve has yet again met resistance from the Florida State Boxing commission. Because he has Down's syndrome, the state won’t allow him to participate in a sanctioned professional mixed martial arts bout. It’s happened before, and Garrett and his father Mitch have been fighting for an opportunity to compete a long time.

He’s had an exhibition match, after which his hand was raised along with his opponent's, but Garrett is determined to continue developing a fruitful MMA career. So far, all attempts at his pro debut have been thwarted. Last year, Garret even had a match set against another adaptive athlete, but the state ordered it to be cancelled at the last minute.

This time, Garrett’s fighting back with a petition, along with the state protection and advocacy agency, Disability Rights Florida.

“G-Money” is one hundred percent dedicated to the sport—he teaches children, as well as other fighters with disabilities. Let the kid fight! Mixed Martial Arts have changed his life. He says it’s what fulfills him, it’s what makes him happy.

Adaptive athletes deserve to compete in all sporting endeavors, and commissions serve to ensure athletes are matched appropriately. Sign the petition to let this fighter have his chance. You should also check out his website, Garrett's Fight, that was established to support the inclusion of special needs athletes in the martial arts.

A Fighter's Chance: The Adaptive Athletes of MMA