Gegard Mousasi Could Be Dan Henderson's Last Fight in the UFC 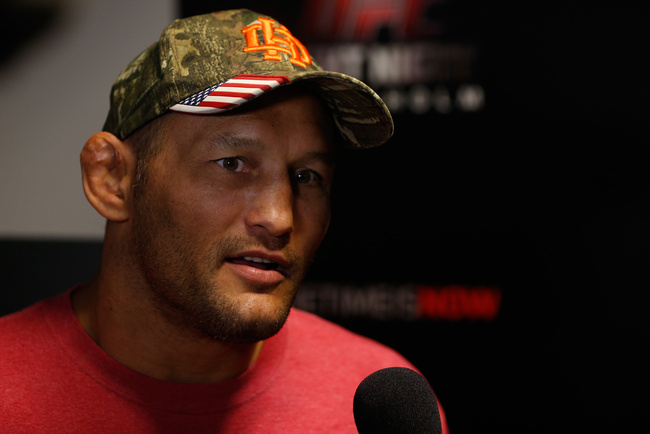 Where Dan Henderson, who fights Gegard Mousasi at UFC on Fox 14 this Saturday, belongs on the best-of-all-time list is not important. The fact is, the former Olympian—and owner of the most legendary punch in MMA—is a true legend.

This is a fighter who made his UFC debut at UFC 17 back in 1998, before Dana White, before the Fertitta Brothers. From there, he carved out a name for himself in the RINGS and PRIDE organizations, battling the likes of Antonio “Minotauro” Nogueira (twice), Renato “Babalu” Sobral, Wanderlei Silva (twice), Renzo Gracie, Ricardo Arona, Murilo Bustamante (twice), Antonio “Minotoro” Nogueira, and Vitor Belfort. He put a cap on that stretch by snuffing Wanderlei Silva in their second fight, to become the last PRIDE Middleweight Champion ever. Even at that stage, Henderson had earned a place in the MMA history books.

But of course, his story didn’t end there. After Zuffa purchased PRIDE, Henderson returned to the UFC for the first time in nearly 10 years. And though he lost his first two fights to then light heavyweight and middleweight champs Quinton “Rampage” Jackson and Anderson Silva, he bounced back by notching wins over Rousimar Palhares and Rich Franklin, and earning perhaps the most important victory of his career over Michael Bisping. It was a knockout for the ages, a cosmic overhand right that left Bisping stiff on the canvas.

From there, Henderson took a UFC hiatus under the Strikeforce banner, where he savaged the likes of Renato “Babalu” Sobral (again), Rafael “Feijao” Cavalcante, and most notably shut the lights out for heavyweight GOAT, Fedor Emelianenko, before returning to the UFC. 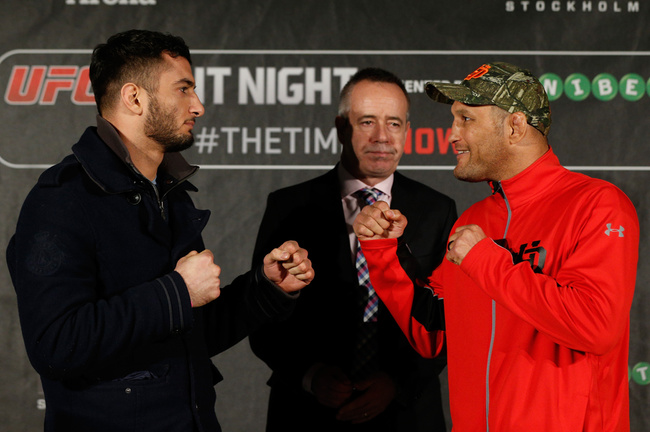 The purpose of this speedy Henderson history lesson is to reiterate that his career, though marred by the occasional loss, has been truly spectacular. From middleweight to heavyweight, he’s fearlessly slugged it out with the very best, and at times, against the odds, come out on top.

But all good things must come to an end, and slowly, for this power-punching wrestler, that end appears to be approaching. In his last five fights, the now 44-year-old Henderson has tasted victory just once. And while two of those losses were close split decisions (to Lyoto Machida and Rashad Evans), another marked the first time he was stopped on strikes (against Vitor Belfort), and another still saw him chucked around the octagon like a chew toy (by Daniel Cormier). Even his lone win in that stretch, a knockout of Mauricio “Shogun” Rua,” was hampered by the fact that, until winning, Henderson was teetering on the most precarious edge of consciousness. In short, the former PRIDE champ has not looked great lately.

So, as is often the case when a fighter hits a snag, he’s changing things up. Henderson is moving back down to middleweight, the division where he floored Michael Bisping, but lost to a bloated welterweight in Jake Shields. He’ll be welcomed back by the ever-dangerous Gegard Mousasi.

It’s a very interesting fight, not only because Henderson hasn’t looked great recently, but because Mousasi hasn’t really either. Now, this isn’t to say that Mousasi is on the way out, or that he’s fading, or that his chin is shot. But as has been the case so many times throughout his career, the dynamic Dutchman has failed to live up to his potential in his last few bouts. As a result, he might just be the perfect measuring stick for the beloved, but fading Dan Henderson.

If Henderson wins, which is entirely possible considering how Mousasi has looked in recent fights, then he’s suddenly found a middleweight resurgence. And while few would give him much chance against Chris Weidman or Vitor Belfort at this stage, a Mousasi win puts enough wind in Henderson’s sails to blow away the retirement talk for another day.

On the other hand, if Henderson comes up short against Mousasi, which is a real possibility considering the Dutchman’s versatile—though oft underused—arsenal, he’s 1-5 in his last six. Even for a legend of his calibre, that’s a bad look. Worse still for Henderson would be if he ends up on the wrong end of a knockout. That might just be enough to warrant the patented “Time to hang ‘em up—but here, take this desk job” talk from Dana White.

The glaring problem there though, is that Henderson seems content to fight into his early 70s. If the UFC urges his retirement, or feels he’s no longer worth his salary, he may take his services elsewhere. Bellator would be glad to have him—perhaps as an opponent for Emanuel Newton, Brandon Halsey, King Mo, Tito Ortiz, or even (cue a collective shudder) Kimbo Slice.

The point here is that Gegard Mousasi may well hold the key to Henderson’s career. In victory, the owner of the H-Bomb fights another day, and maintains relevance as an aging, but high-level UFC fighter. In defeat, Henderson’s choices may be much less ideal: retirement or the minor leagues.

So, while on paper his upcoming bout with Mousasi may look like little more than a cool clash of old-school fighters, under the magnifying glass, it’s actually got much sterner implications—at least for Henderson.

Regardless of the bout’s outcome, we all owe Dan Henderson a thank you for his nearly two-decade-long career. It’s been one hell of a ride.

Timing is Key for Gegard Mousasi Ahead of Henderson Bout