Getting to Know Ovince St. Preux 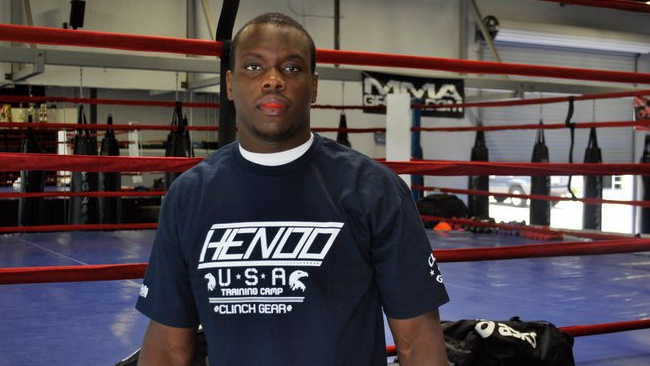 When Strikeforce announced that Ovince St. Preux would take on Gegard Mousasi in the winter of 2011, fans openly mocked the matchmaking.

Mousasi was one of the most well-known and dangerous light-heavyweights in the world at the time, amassing an 18-1-1 record.  St. Preux entered the bout an unheralded but respectable 11-4, with wins over Jason Day and Benji Radach.

The bout went as many expected, with the more experienced Mousasi controlling the distance and the centre of the cage en route to a unanimous decision.

But St. Preux (affectionately nicknamed OSP, not to be confused with GSP, Georges St. Pierre) showed a spark of talent and confidence. A patient St. Preux avoided major strikes and used good defense against an unpredictable Mousasi. When he was in bad positions, he found a way out.

The bout proved to be a learning experience for the young fighter. He has gone 5-0 since the loss, four of which took place in the UFC’s light-heavyweight division. 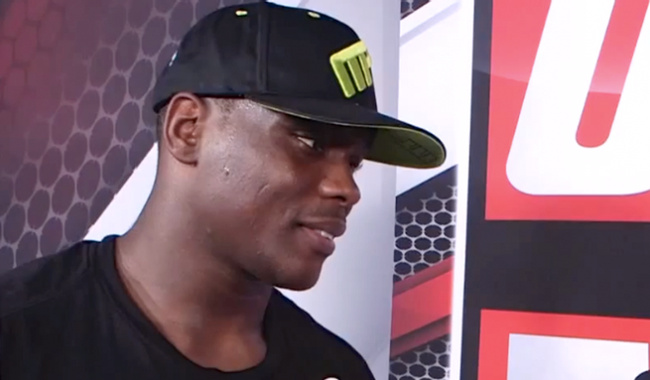 On Saturday, August 16, St. Preux will be featured in his first UFC main event against long-time veteran and NCAA wrestling standout Ryan Bader. The betting favorite, the pressure is on ‘OSP’ to come out and put on an impressive performance.

The quiet Florida native has flown under the radar of so many fans due to his lack of social media presence and quiet nature.

The 31 year old was born in Miami, Florida. Although he did wrestle in high school (he went 26-1 and was state runner-up in his weight division) it was never his first choice. A natural athlete, he also competed in many track and field events, including 300-metre hurdles, discus throw and relay events.

But none of these sports grabbed the young Haitian-American like football did. Although he sat out his junior season of high school football with a broken leg, he bounced back in a big way for his senior year. The massive prospect was named the Naples Daily News defensive player of the year in 2000 thanks to an incredible 75 tackles, which included a school record 18 sacks. He led his team to the state semi-finals and made the first team all-state and first team all-southwest Florida honors as a defensive end.

St. Preux was scouted by the University of Tennessee Volunteers, where he started 11 games and recorded five tackles in 2002. He struggled to find his place on the team, switching frequently between defensive end and linebacker. He saw significantly less playing time in 2003 and was relegated to a backup linebacker role. 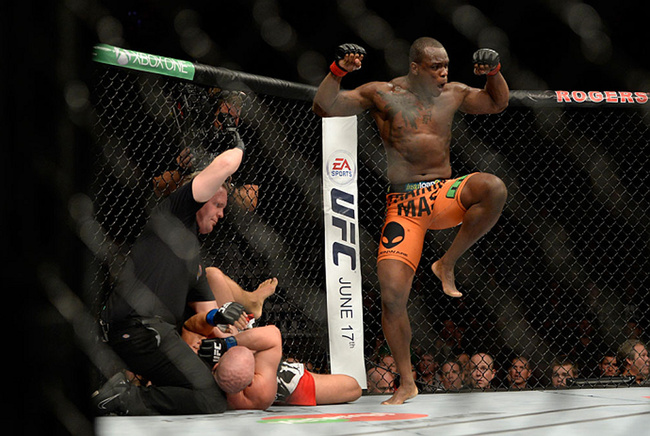 In 2004, the young man was 21. He graduated with a degree in sociology. St. Preux made multiple attempts to make it in the pro football ranks, but couldn’t. That’s when he looked to mixed martial arts as a potential career choice.

He used his wrestling background to take up grappling as a way to stay in shape. Shortly thereafter he found kickboxing and within a small period of time he was training in mixed martial arts.

There’s always an intriguing aspect to having footballers make their way to mixed martial arts. To make it in NCAA Division I college football or the National Football League, you have to be both mentally and physically strong. Although the particular skills of a linebacker may not directly relate to dodging or landing substantial strikes during the fight, the hand fighting, body control and balance necessary to succeed in football are useful tools in mixed martial arts.

St. Preux has used these tools, as well as a quiet confidence to surpass many other fighters over his past six years as a professional.

He’s shown impressive submissions skills (including a kimura over Ryan Jimmo and a Von Flue choke on Nikita Krylov) as well as knockout power (He has knockouts of Cody Donovan and T.J. Cook in the past two years). When you combine this with his physical advantages and an unbelievable athleticism, it wouldn’t be surprising if St. Preux emerged as the next legitimate threat to the light-heavyweight crown.

If Jon Jones can defeat Daniel Cormier and Alexander Gustafsson in the next year (that’s not a given), the division will be in dire need of challengers.

Much like Jones of yesteryear, St. Preux has shown a variety of skills and techniques, and if he can continue on his current streak, he will be staring down the barrel of a world title shot sooner than later.