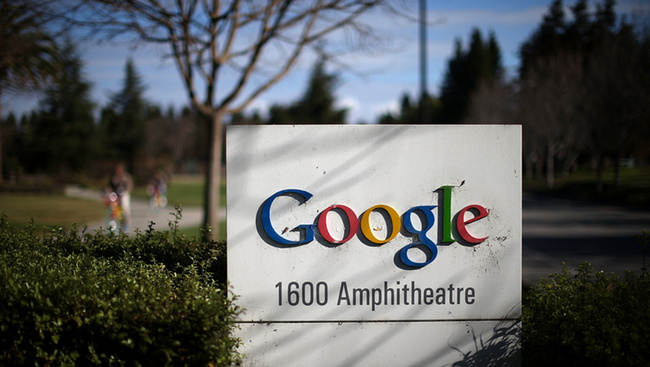 The Googleplex, Google’s corporate headquarters located in Mountain View California, is becoming a bit of a Thunderdome. A well organized and friendly Thunderdome filled with tech geniuses, free healthy meals for its staff, and ping pong, but a Thunderdome nonetheless.

Earlier this month, Google added Brazilian jiu jitsu lessons to its extensive list of on-site extracurricular offerings for its staff, and the denizens of the Googleplex have really taken to the martial art. They’re getting fit, blowing off steam, and challenging their genius tech nerd brains in new and effective ways. They’re also getting just a tiny bit competitive, and might even be eyeing a rumble or two with their fellow Silicon Valley giants.

“Someone posted on Facebook, [asking] if someone had time available for a class,” Bastos tells me in a phone call during a rare break his schedule. “I was available and I said ‘Oh! I can do it!’ And they invited me,” he says in the kind of accent that anyone who’s ever trained with a Brazilian instructor knows and loves.

The fact that Google was looking for a BJJ instructor didn’t really surprise Bastos. In his experience, there’s a fairly large crossover between Silicon Valley tech workers and martial arts enthusiasts. “It is common. Especially here in Northern California, everybody’s from a tech company. Most of the people, they work in some tech place like Apple, Google, Facebook, YouTube.”

And they’re not just dabblers in the art, either. Google, for example, boasts a number of BJJ practitioners at all skill levels. “They have black belts, brown belts, purple belts, all ranks over there. And beginners, too.”

A mix of all of the above showed up for Bastos’s first class at Google on July 7. It went so well that his classes hit maximum capacity two days later.

Bastos has been enjoying his experience so far, for a number of reasons.

“It’s really cool. It’s a different vibe. They go there just to relax and to take their mind off a little bit from their engineer stuff. And it’s really cool hanging outside the Google.”

Although his students have shown interest in both self-defense techniques and BJJ in general, he thinks that the opportunity to relieve some stress is probably the biggest draw for Google employees. The fact that it might be helping their productivity doesn’t hurt, either.

“I think [their motivation] is more like relax a little bit, de-stress, get in shape. Especially because a lot of people work there for many hours. So sometimes, they have no solution for some problem, they go there, train, they relax, and then they go back to work and find a solution.”

I ask him if there’s anything unique about the way that programmers and engineers approach the intricacies of Brazilian Jiu Jitsu moves and strategy, but he doesn’t think it’s fair to generalize like that. Everyone puts their own unique spin on BJJ.

“Each guy is so different. It’s really hard to make a pattern there. It’s an individual thing.”

I also ask him about the high percentage of women who have been taking his Google classes. According to one comment from a female student on his Facebook page, about 25% of the people in his classes are women, which is no small feat given that both BJJ and Silicon Valley are still largely male-dominated communities.

“The cool thing is that it was really organic. There’s a girl in the class, and she always likes to bring more girls to the class,” he says. “My classes always have a lot of girls, even outside Google. I’m used to teaching girls because I’m still kind of old school, too. When I started training, it was a lot of old school jiu jitsu, so it was a lot of self-defense. Self-defense is the main thing in jiu jitsu. It’s how you start everything. So I try to show a lot of self-defense to the girls before I start jiu jitsu. And then when I see they start to like [the ground fighting] more, they can go to jiu jitsu [class]. If they want to stick with self-defense, they can stick with self-defense.”

He says there’s a good mix of people who are more into the self-defense and people who are interesting in pursuing BJJ beyond the basics now. And apparently the students in the latter group are starting to embrace the idea of a little friendly competition.

When I ask if there might be in-house tournaments in the Googeplex in the future, he suggests something even more intriguing.