Glory 17: Things I Learned From My First Kickboxing Event 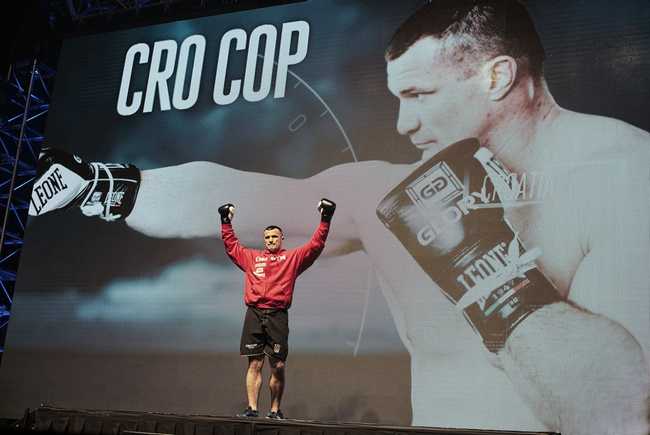 Firsts are good. I live for firsts. First toke. First fuck. First time I got punched in the face and bled all over over my new Star Wars t-shirt. It’s not just about the experience, but the takeaways.

This weekend I attended my first kickboxing event—Glory 17, at The Forum, in Los Angeles—and here’s a few things I learned:

A massive black curtain divided the backstage area from the show

A Fight is Not a Fight

As an MMA fan, I thought, Shit, striking is striking, how different can it be? After all, for years I’ve watched Alistair Overeem, Jose Aldo, Pat Barry, etc., feint and kick, crushing legs, dropping the unwary with overhand rights.

But in the Octagon fighters fear the takedown, and/or having their backs mashed against the cage. So they move at a distance, however slight, that doesn’t exist in kickboxing. In kickboxing, you slip in and out of the pocket—although not as close as in boxing, where you needn’t worry about kicks. 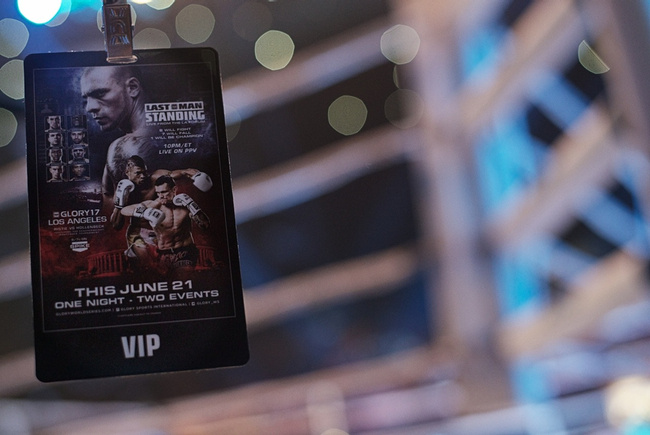 A coach crafts strategy based on the given rules, and this was never so clear as at Glory—which, I also didn’t realize, differs from traditional muay Thai bouts because both the clinch, and throwing elbows, are prohibited.

So any combat sport’s claim of toughest fighters on the planet needs an asterisk followed by all the rules. 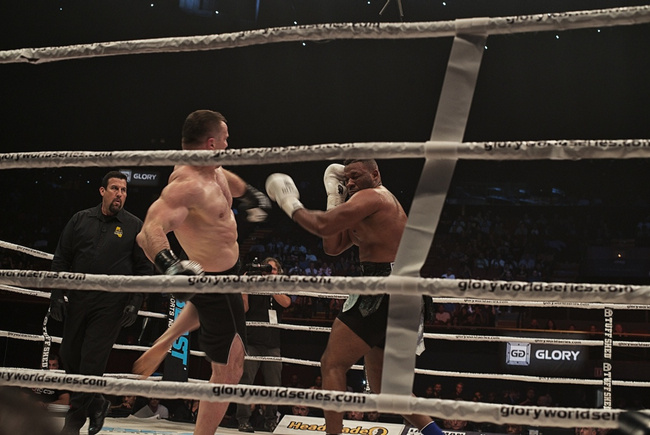 Glory 17 was another clear reminder of how the MMA judging sucks ass. An entire page of the official event program laid out the criteria. First and foremost, a knockdown—where any part of an opponent’s body, besides the shoes, touches the canvas—will earn you a 10-9 round. If you also dominate the round, it’s 10-9. If both score knockdowns, it’s 9-9.

Knockdowns rule the show. Then, descending order, you award for damage inflicted, then ‘spectacular moves,’ and finally, for ordinary clean strikes. Simple. 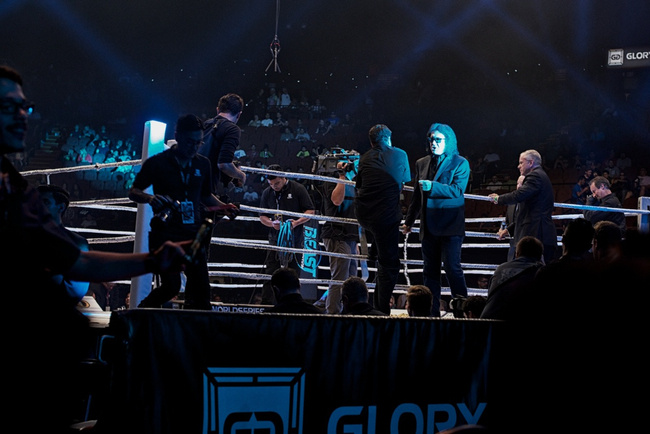 Crazy thing is that I don’t recall a problem all night. Nearing the end of a really close fight, a seasoned fan leaned over and told me the match was a draw. How do you figure? Well, there were two knockdowns, but in the third the ref deducted a point…

Sure enough, the referee announced a draw, which started the overtime.

I glanced around. Saw fans nodding. I don’t ever remember seeing such widespread agreement after a close MMA fight. 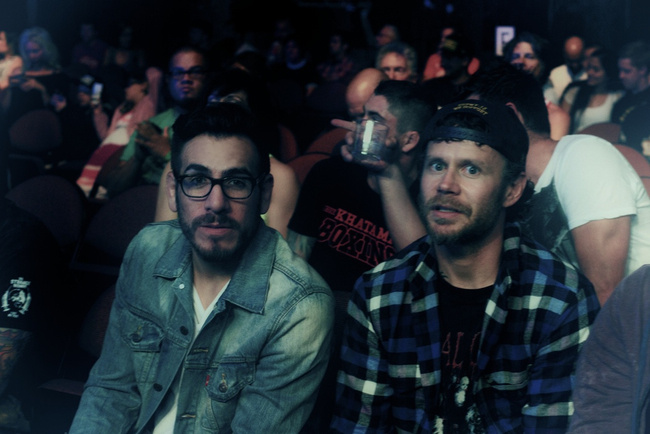 This just floored me. Kickboxing isn’t a one and done deal, like MMA or boxing. To earn the trophy, these fighters stepped into the ring three times in one night. Without a knockout, that’s three 3:00 rounds. Warm up, fight, cool down, warm up, etc. Bruised shin, broken nose, swollen hand—it doesn’t matter, you’ve got to keep fighting.

Kickboxing champions are warriors. There’s no padding the record—so what if you won the last tournament, next time you start in the quarterfinals, just like every other fighter. 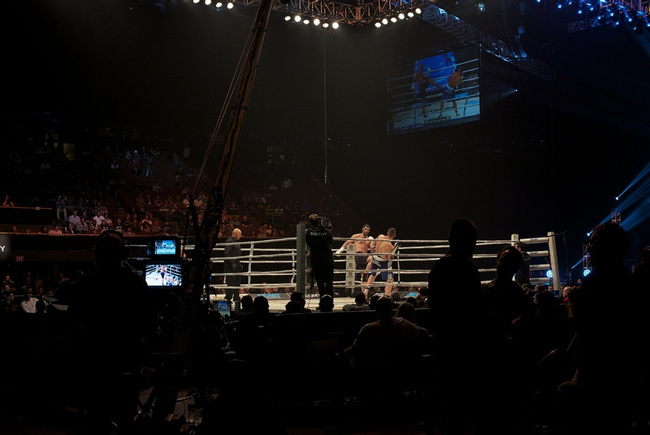 Forget just throwing blows for three rounds, you need to throw blows while pacing yourself to finish the marathon. 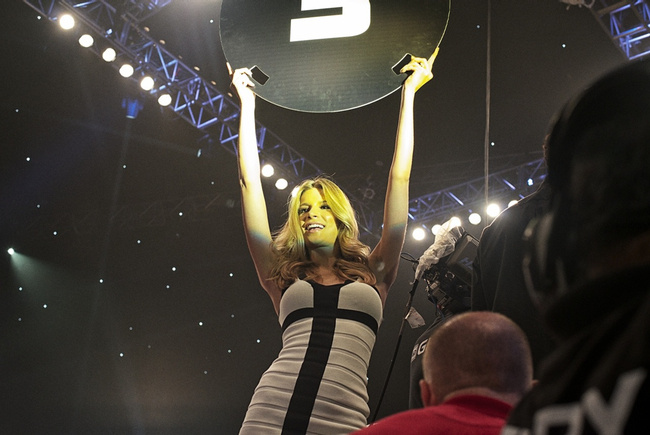 Gathering of the Tribe

But the best thing about fight night in Los Angeles, is late night grinds at Roscoes House of Chicken and Waffles! 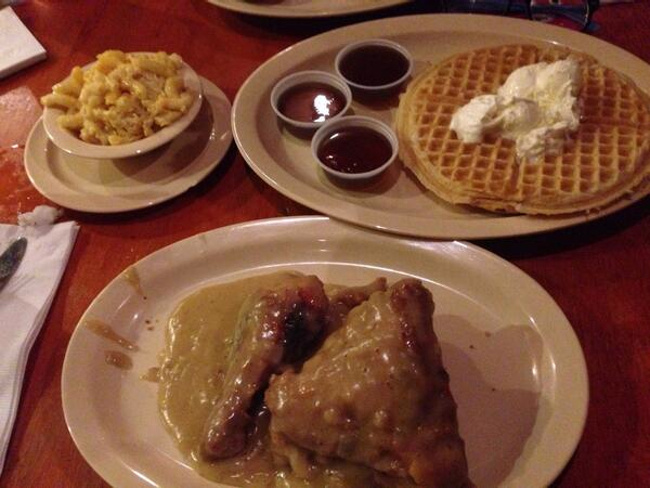