Josh Jauncey never grew up dreaming to be a Glory fighter, when he was a kid the promotion wasn’t around. Instead it was K-1. He, with his older brother Jay, would stay up late watching old VHS tapes his father had collected. Learning from legends like Peter Aerts and Ernesto Hoost, the brothers studied the tapes until the magnetic strips eventually degraded from all the rewinding and fast forwarding of their favorite knockouts. They followed the K-1 through they years, watching new champions like Andy Souwer emerge live on TV. In 2010 they even traveled to the very last heavy weight grand prix ever hosted. With the promotion now having lost its former luster, Josh set his sights on the newly formed Glory Kickboxing and was signed to the promotion just two years after it was founded. Josh was the dark horse; he came practically out of nowhere. He lost close decisions to both Sittichai and Giorgio Petrosyan and has earned himself a ranking in the top five. But coming from a family of fitness and fighting, Josh’s success was no surprise to the people around him.

Josh’s father Vincent was a champion kick boxer originally from England. He began martial arts at the tender age of 11, first with Judo and then later moving on to Goju Ryu karate when he was 14. At the time he was training with Steve Morris in London who began to introduce kickboxing and Muay Thai into his classes. Over time PKA style (kicks above the waist only) started to gain popularly and Vincent began competing in that but realized that he missed the low kicks and knees from both kickboxing and Muay Thai. His success in the ring earned him an invite to fight in Hong Kong with promoter Kong Fu Tak. He stayed there fighting multiple times and subsequently traveled to Thailand to train at Sor. Thanikul in Bangkok. Once back in England he fought until 1987 before eventually retiring number one in the world and British Champion. 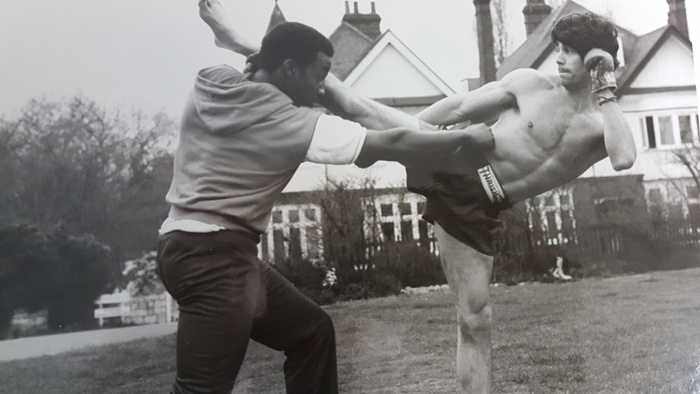 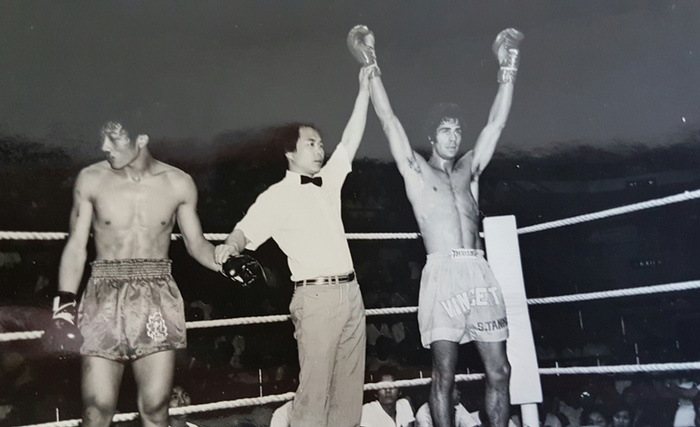 Vincent owned and fought out of Cobra gym in London for many years before getting an offer from Dale Floyd to become partners in World Kickboxing Academy in Surrey, British Columbia. He made the life changing decision to immigrate with his wife and two children and start a new life in Canada. After a few years working with Dale, Vincent became the sole owner and changed the name of the gym to WKX. 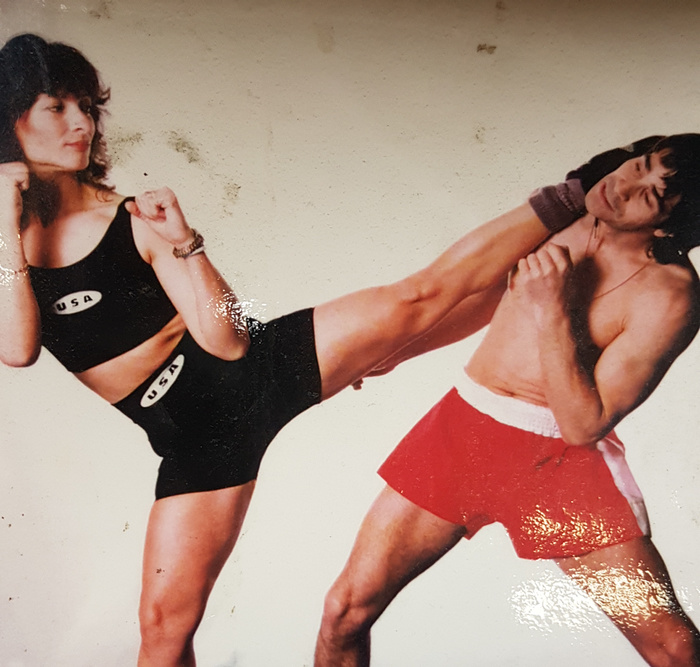 It’s rare to see Vincent without his wife, Fabienne. She too has been a huge part of the family’s success. She met Vincent at the gym while working as a fitness instructor in London, England. On their first date he took the bold move to show her a tape of him fighting and the rest was history. Fabienne decided if she was going to be married to a fighter, then she might as well be as supportive as possible. Until Josh started to fight internationally, she had never missed a fight. Always there at ringside to support him. There wasn’t a single person in the audience that couldn’t hear her supportive yet authoritative encouragement. But her cheers were never solely reserved for Josh, when WKX is fighting she is there. In addition to her voice, Fabienne contributes to both the mental and physical aspects of fight prep. A registered massage therapist, she makes sure the fighters are in the best possible condition prior to entering the ring. She has also been know to help prepare fighters mentally; her confidence is contagious. 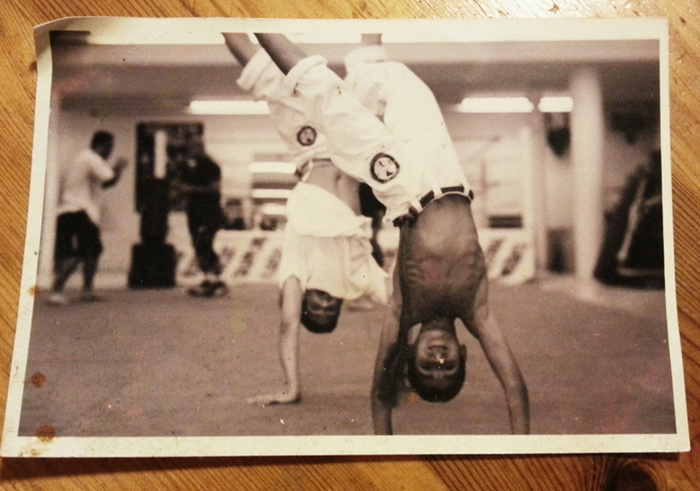 But it wasn’t just a kickboxing champion father and fitness enthusiast mother that helped facilitate Josh’s success in the ring. His older brother Jay has also been a huge part of his success. Jay and Josh grew up doing martial arts together, particularly capoeira and kickboxing. Growing up in Canada there wasn’t much opportunity to compete so the brothers often did demonstrations together. Jay fought multiple times as an amateur but never loved the competition like his brother did. Instead, he has dedicated his life to coaching. Spending countless hours online studying opponents and fighting styles, Jay, on average, hold four hours of pads per day. He’s got a stable of fighters at his gym, but also outsources his talents to local MMA fighters who come in for stand up training. 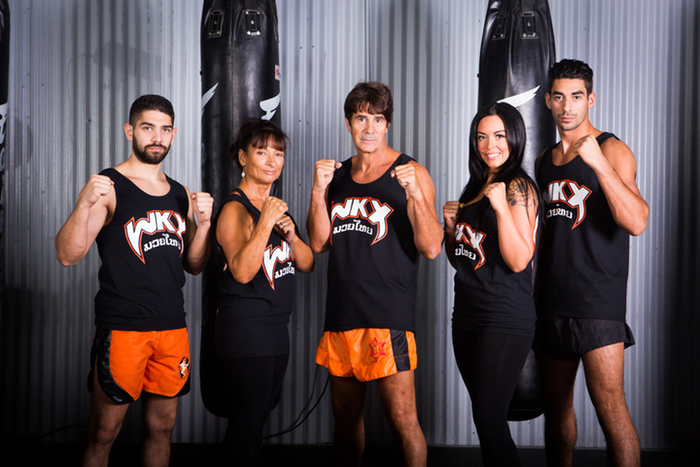 WKX is a family affair. The gym has been in business for twenty years. Despite initial complications with securing stable commercial real-estate in the highly competitive lower mainland, the gym finally found a home at 83rd street in Surrey. Sadly in 2013 the building next door from the gym burned down and WKX flooded. Students and friends of the family came together and raised enough money for them to relocate to their current location in just three weeks. 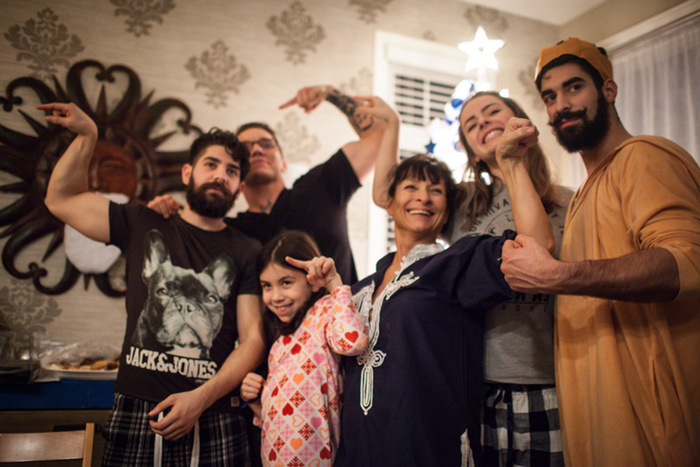 The gym is warm, welcoming, and successful and also has Brazilian jiu jitsu and boxing coaches. Vincent still holds pads and trains fighters, while running the gym together with Jay. Jay plans to use the Jauncey Striking Method to help with his parents retirement, as owning a gym doesn’t really have a great pension plan. However, keeping it a family business is part of their longevity with Jay eventually taking over the business so that Vincent and Fabienne can slowly start to pull out as they see fit. Josh, on the other hand, is taking time to heal up an injury he sustained in his last fight with Glory but should be back in the ring by Spring 2017. With a family so dedicated to the fight game, Josh’s childhood dreams have been nurtured and have allowed him to reach such a high level in the fight game.