Gabriel Gonzaga Relives the Biggest Fight of His Life 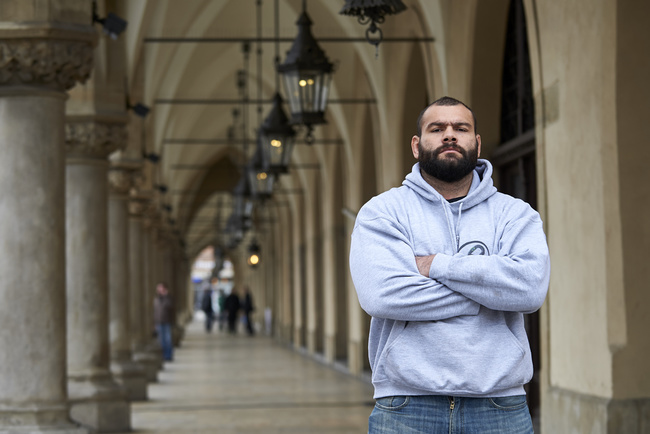 There is something spectacular about heavyweights colliding in the middle of the Octagon. The unparalleled power on display, the fact that a solid connection landed from either fighter could result in the end of the contest and just the sheer size of the athletes seems to draw us in.

In April 2007, Mirko “Cro Cop” Filipovic made his sophomore outing under the UFC banner against promising Brazilian Gabriel "Napao" Gonzaga in London. The fight would provide the MMA world with one of the footnotes as to why there is such a fascination with the heavyweight division for years to come as Gonzaga struck the K-1 legend down with his patented left head kick inside the first round.

Set to face off for a second time eight years later on April 11, the Brazilian jiu jitsu black belt still recalls the Cro Cop bout as one of the greatest milestones of his career.

“Of course it was the biggest fight of my life,” Gonzaga confirmed. “After that I became a real MMA fighter, a pro. Before that fight I had to work other jobs to pay different bills, so that fight was very important to me. It allowed me to live for fighting.

“Sure, I was confident I could stand with him, but I didn’t know I could knock him out because he was so well known for his striking game. I think that only happened because he underestimated me and I got him down an applied some elbows to his face.

“I think they really hurt him and so when the referee stood us up I threw the head kick. I knew he was dizzy and I knew there was almost 30 seconds left until the end of the round. I just thought to myself ‘I’m going to throw the hardest kick I have ever thrown and hopefully I’ll hurt his arms and send him back’.

“At that stage I was just worried about winning the round and I thought the kick would help me win the first round and hurt his arms so they might give him some trouble in the second round, that was my goal.”

With Gonzaga in place as the first challenge for Filipovic’s third stint with UFC, a return that the K-1 legend has said would be particularly geared towards avenging prior losses, the rematch of a lifetime awaits the Brazilian on April 11. However, is Cro Cop still relevant at MMA’s top table at 40 years of age, Napao pondered?

“I think he is still relevant. He won his last fight with a head kick and everybody knows how great he is with that technique. It’s certainly something I’m going to have to look out for. He’s a good fighter with great knockout power, he still has that power, so nobody should underestimate him,” he outlined.

Winning the world jiu jitsu championships back in 2006 and given that Cro Cop spent a lot of his career isolating his training to striking, Gonzaga spoke about his edge on the ground and how it is easier to defend than attack in ‘the gentle art’.

“No matter how good you are on the ground, it’s still very hard to get the finish. Defense is so much easier than attacking, it can be very difficult to get submissions. I’ve been training in stand-up for a very long time too so I’m ready for wherever the fight goes.”

Having faced off with the Croatian in Poland during the event’s media tour, Gonzaga commented on Filipovic claiming he was in the best shape of his life in an interview with Fightland last week.

“He looks good, really big, but that doesn’t bother me. I just got training and improve myself. I can’t control how my opponent is going to be. I can only control how I’m going to be on the fight night,” explained Gonzaga.

Going into the April 11 main attraction on a two-fight losing streak. Gonzaga sees his bout with his former opponent as a “big opportunity”:

“This main event bout is a bit opportunity for me. I lost my last two fights, but that’s just the game. I lost a very close fight to Stipe Miocic, I fought with a broken hand that night.

“I had a lot of damage to my face and body, but I didn’t get rocked by him, I just lost on points.  He went on to fight to a decision with a former champion after that, and that makes me still feel that I’m still able to compete with these guys.”

Although many believe that the European legend will be greeted as hometown hero when the action gets underway in Poland, Gonzaga feels prepared given that the crowd was very much behind Cro Cop when the heavyweight pair first traded leather back in 2007.

“The crowd were on his side in our last fight too so I’m kind of used to that,” he laughed. “Back when I was competing at jiu jitsu tournaments if you were competing in a different state, Sao Paolo or Rio, you would get different reactions from the different crowds so that has helped me too.

“I really wish that the crowd would be behind me too, but I can’t control that. Poland is really lovely place and everyone is really nice, so maybe next time they will be on my side.”

Finally, Gonzaga was adamant that he didn’t care what way the fight ended once his hand was raised in Poland:

“This fight will end with me having my hand raised. I really just want to win this fight, I don’t care how I do it. I just want to show the fans what I have to offer.”

Cro Cop: “I will be able to look at myself in the mirror and know I tried.”