Good Riddance to the Wrestling Singlet 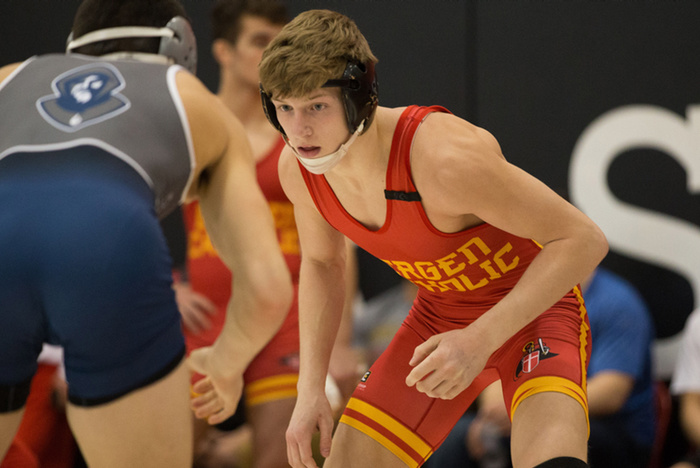 This week, after the National Federation of State High School Associations Wrestling Rules Committee announced that it would allow high school wrestlers the option of wearing shorts and a short-sleeved compression shirt instead of a singlet next season, the Orlando Sentinel asked high school coaches around the state of Florida for their thoughts on the uniform change. Their answers ran the gamut. Some embraced the shorts-and-shirt combo with enthusiasm. Some were ambivalent or skeptical of its impact on strained budgets. And some dismissed it, professing a fondness for the singlet and the athletic tradition it embodies.

That last sentiment has some currency: I've also read a variety of wrestlers on my Facebook feed say that if you're hung up about wearing the singlet, then you probably won't make a good wrestler—as if the singlet embodies wrestling itself. With all due respect, especially since my high school didn't have a wrestling team and I suck at wrestling, you are wrong. Instead of actually honoring tradition, romanticizing the singlet is just nostalgia for an incidental, inconsequential, and not particularly old article of clothing while diminishing the transformative power of the sport for kids who would benefit the most: the kids who are too shy to wear it.

The singlet wasn’t born in ancient Greece or even turn-of-the-20th-century Iowa: the NCAA only mandated the uniform in the 1960s after decades of wrestlers competing shirtless. There’s no technical advantage to the singlet over the two-piece uniform—you might argue that a uniform providing even a little more coverage could only reduce an athlete's exposure to the petri dish of a wrestling mat. Instead, the singlet simply flatters people with builds that would look good in any uniform, and forces people with imperfections to confront them immediately or avoid the sport entirely. 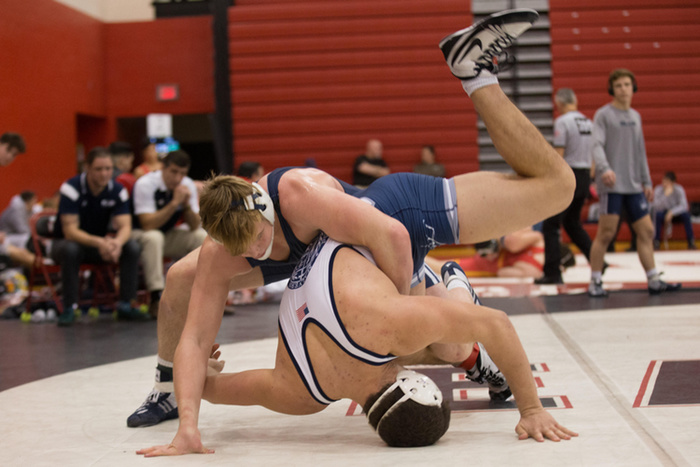 Changing the uniform isn’t going to be the silver bullet to save wrestling in America, but the sport needs all the help it can get. Even successful college programs are on the chopping block—click here to support the recently cut wrestling program at Boise State University—and the sport was famously almost axed from the Olympics. In part, that reflects declining participation: statistics from the National Federation of State High School Associations show the number of high school wrestlers across the country fell by 7.9 percent between 2011 and 2016.

The NFHSA specifically said the uniform change—one of 11 approved rule changes—was made "in the hopes of increasing boys and girls participation in the sport," reinforcing anecdotes from coaches who say the singlet turns off would-be wrestlers. “We recruit 260-pound football players to wrestle and they get in that singlet for the first time…and they don’t want to do it,” Danny Stuck, head coach at Jeffersonville High School in Indiana, told USA Wrestling last September. Since wrestling is a sport primarily aimed at males, it's worth remembering that body image issues are pervasive among boys. Regardless of gender, if you don’t recall having body-image issues during puberty or in high school—when many wrestlers first step on the mat—then you’re either lucky or really good at self-editing your memories. 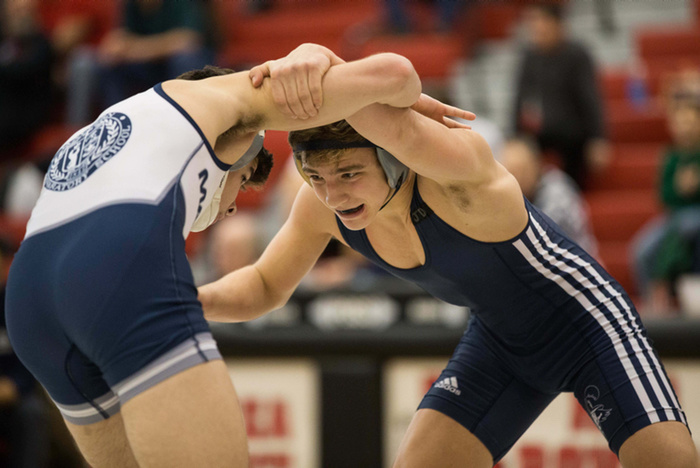 Anyway, why is being comfortable in what’s basically a 1920s bathing suit the litmus test for whether someone would make a good wrestler? Besides being stupidly presumptuous, don't you think the old-time grapplers who wrestled shirtless thought the people who wore singlets back then were coddled little cowards?

Former wrestlers are just as vulnerable to telling stories of high school glory days as Al Bundy, but the reality is most wrestlers never win state championships or earn scholarships or a spot on the Olympic team. The greater value of wrestling—as well as participatory sports in general and martial arts in particular—is for the individual: it has the capacity to turn shy, neurotic kids into confident young adults. The demands of training are a vehicle to help a kid work past body-image issues and teenage hang-ups, instilling skills and character traits they lacked on the first day. Instead of shutting these kids out because they’re too modest to wear a revealing uniform, allowing for an outfit that doesn't impact the sport itself in any discernible way—except, perhaps, making a piece of marketable clothing that fans might actually want to buy—can only remove barriers of entry to a life-changing sport.

It's not that wrestling should contort itself to baby everyone along the way. It's the same for Brazilian jiu-jitsu or any other combative sport: fight sports are uniquely hard, physical pastimes that place greater demands on your threshold for physical suffering and personal sacrifice the further you go in them, and their specialness owes to so many people shrinking away. Training shouldn't always be fun and the sport should make you want to quit sometimes. But it shouldn't make you want to avoid trying in the first place just because the coach stubbornly clings to a ridiculous outfit.