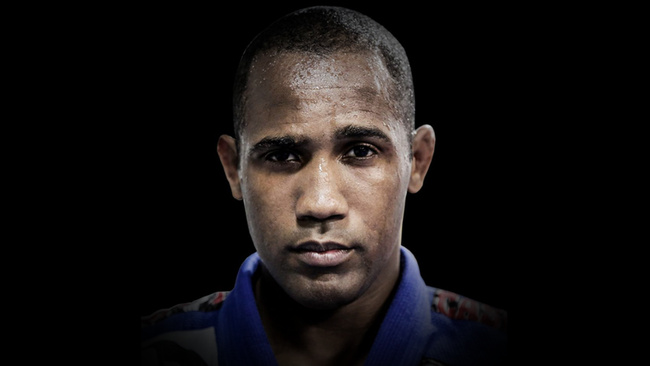 Several and distinct fighting styles make up the sport of mixed martial arts. Its best and most well known athletes have built their knowledge on the shoulders of not only their fellow mixed martial artists, but also on the shoulders of jiu jitsu stylists who have contributed to the overall evolution of the sport. In our new editorial series Ground Play, we look at some of the most important grapplers of our time—those who have never graced the UFC Octagon, but deserve to be just as much of a household name as MMA's top talent.

Fernando Augusto da Silva, widely known as “Tererê,” changed grappling forever. His approach to jiu jitsu was like Rock n’ Roll in the 50s, Punk Rock in the 70s, or Hip Hop in the 80s: no one had seen anything like it. He broke down barriers and challenged tradition—bringing a level of excitement to BJJ that more resembled a soccer game than a grappling competition.

His style was aggressive, dynamic, and limitless. When grappling competitors were still focusing on the bread-and-butter techniques of the closed guard, he was creating scrambles and relentlessly attacking from the top position. He was on some "free your mind” shit, man, and he showed everyone that if you could think it up, you could execute it.

Tererê may have inspired an entire generation of fighters, but he only competed for a handful of years. Because of his short run, you won’t see his name in the record books as many times as you might think—but what he accomplished over such a short period of time was incredible. 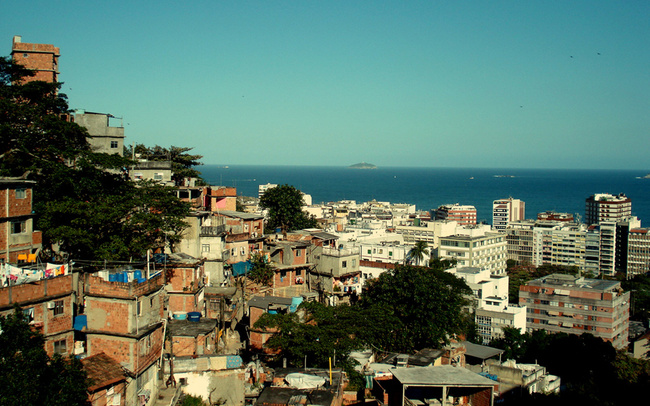 It all started in Morro do Cantagalo (which loosely translates to Rooster Hill), a favela in Rio de Janeiro. As a kid, Tererê was struggling to survive on the streets, making money by “watching cars” for local drug dealers. He had joined a local jiu jitsu academy as a child and competed well, showing enough flashes of brilliance early on that an Alliance instructor, Otavio Couto, invited him to start training full time (for free) when Tererê entered his teens.

The first time he had a real impact on the scene was in 1998, when he was only a 19-years-old purple belt. He stood out for his quick pace, and frenetic and creative top game—spawning opportunity after opportunity to finish his opponent. Imagine Jimi Hendrix’s break out performance where he lit his guitar on fire and started humping the speaker. People were not sure what they were seeing but they knew it was something special.

Going into his open-weight division match-up with heavyweight Rolles Gracie, his Alliance team was tied on points with their rivals, Gracie Barra. Outsized and seemingly outmatched, he won the bout—and the points he gained put Alliance over the top and into first place. He instantly became a star.

During the next seven years, Tererê continued to tear up the competition scene in Brazil, becoming Alliance’s greatest asset. As a brown belt he beat BJ Penn, and won his first title as a black belt after defeating the legendary and equally inventive Nino Schembri. He won again after leaving Alliance in 2002 and in 2003, when he submitted his former student and instructor, Marcelo Garcia, with a triangle choke.

In 2004 he decided to compete at super heavyweight—three weight classes up. The move was looked at as brash and cocky at the time, but he made it to the final, where he faced, and lost to, now UFC contender Fabricio Werdum.

Sadly, a short time after losing to Werdum, Brazil’s favorite jiu jitsu warrior was arrested for public disturbance while on an American Airlines flight. Some say he had a mental breakdown, and he subsequently did time in an American prison, where he was diagnosed with drug-induced schizophrenia. Things got worse after that. It’s suspected he developed a crack addiction while struggling to cope with his mental health, confined in a foreign place without anyone to speak Portuguese to.

After his experience in the States, Tererê’s spirit on the mat was never the same. He went to rehab, but struggled with addiction, relapsing multiple times until around 2009. But the future is looking bright, and the story looks like it’s going to have a happy ending. His recovery continues, he got married, and in 2013 the now 33 year-old fighter returned to competition. He fought in a smaller tournament in Mexico and entered the European Championships.

At the European’s, the jiu jitsu community welcomed him back with open arms, screaming the same chant that used to fill the Tijuca Tennis Club in Brazil in his hay-day, “Whoop! Tererê!” The emotion of it all reached its peak when his former student, Alan Nascimento, conceded defeat in semi-finals out of respect, and gave Tererê his old black belt in front of the crowd. Nascimento explains the significance,

“Fernando Tererê made me what I am in jiu jitsu. He taught me since the white belt. This belt, he gave me one day and asked for five reais for it, I knew he was going to buy crack.”

“I told him then that I was going to give him back the belt when he got back on his feet. There was no better moment than that! I will sleep filled with joy and pride today!”

Currently, Tererê continues to spread his love of fighting, and his creative vision of the ground game. He’s back on the mat running his own gym, Academia Fernando Tererê, and travels all over the world teaching seminars.

But it really doesn’t matter what he does next. He continues to change the game through his students. Guys like Andre Galvao, Cobrinha, and Jacaré. Tererê is like a band that puts out one great album that goes on to define a genre, and influence other musical greats. Jimi Hendricks, Tupac, Kurt Cobain, take your pick. Those who come in and revolutionize the game burn too bright and live too fast.

Even after he’s gone, his dynamic, flowing jiu jitsu will be remembered and imitated forever. If you can, you should definitely seek out a chance to learn from him.

Check out the previous Ground Play: