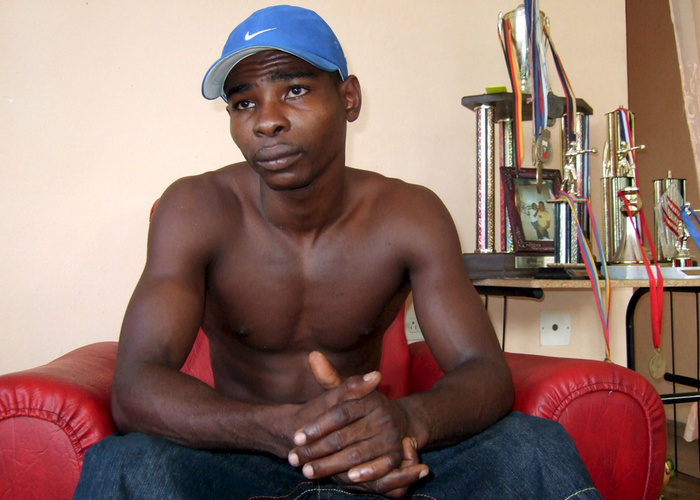 Cuban boxing sensation Guillermo Rigondeaux has been officially stripped of his WBO title, announced yesterday at the organization’s annual convention. News of the potential belt-stripping first happened on Oct 7th when the WBO sent a letter to Rigondeaux and his promoter, Caribe Promotions, request the camp to “show cause” as to why the fighter should retain championship title after violating the rules of the sanctioning body. According to the WBO, a fighter vacates their title “if the champion fails to defend his title within a nine-month period”. The last time Rigondeaux stepped into the ring was back in December against Japanese fighter Hisashi Amagasa, whom he bested by 11th TKO.

The response from the fighter and promoter stated a “lack of appropriate available opponents willing to fight” and argued further that, “it would be an abuse of discretion to vacate because Mr. Rigondeaux has never failed to defend against the mandatory challenger.” Rigondeaux first won the title in a masterful performance against the “Filipino Flash” Nonito Donaire back in 2013. Despite the plea, the WBO moved forward in their decision to strip Rigondeaux, and now Donaire will earn another shot at the title against Mexico’s Cesar Juarez at a date to be determined.

Fans may remember the WBO taking similar action against Floyd Mayweather Jr. when the sanctioning body stripped the then pound-for-pound champ of their title for failing to pay the appropriate sanctioning fees. While Rigondeaux doesn’t hold nearly the same amount of influence as Mayweather, it’s still nice to see a sanctioning body abide to its own rules in the face of celebrity.

At the same time, there is perhaps legitimacy to the boxer and promoter’s arguments. Rigondeaux is one of greatest talents of modern day boxing, but outside of the circle of purists, he’s largely unknown. The reason behind that is many-fold. First, he has a highly technical style that is displeasing to most fans, and a nightmare for opponents to figure out. Second, despite the super bantamweight division having the talents to put on some of boxing’s best fights, not many care about the weight class. All this affects both his marketability and position at the negotiation table when it comes to dealing with promoters and television networks. Not many want to see him, and even less want to fight him, so an inability to find a credible opponent in a match that a television network would air is by all means possible.

Another factor at play could be Rigondeaux’s own expectations given his athletic status before defecting to the United States. Not only was he one of the most decorated amateur fighters to have ever stepped in the ring (two Olympic gold medals and a 475-12 amateur record), but he was also touted as the next great fighter to come out of Cuba. Given the fighting talent that comes off the island, that is not a distinction to be taken lightly.

So while it is well known that Cuban fighters are not monetarily compensated for their ring accomplishments, they are treated with plenty of respect and admiration, and the way the professional boxing market has treated Rigondeaux thus far may have come as a frustrating surprise to someone used to doors being held open for him. For example, rumors of a potential matchup with rising Ukrainian star Vasyl Lomachenko circulated around a few months ago, but the Rigondeaux camp was reportedly making “unrealistic demands” during negotiations and the fight never came off—a shame since it’s one of the best fights boxing can offer right now.

In the grander scheme of things, the actual loss of the WBO belt doesn’t mean all that much; there are four major belts for every weight class, and Rigondeaux still holds the WBA version of champion in his division. But what it is reflective of is the problems that continually exist in boxing. There are three champions in the bantamweight division, now soon to be four, and none of them are set to fight one another. This symptom doesn’t get any much clearer as you move up in the weight classes. And in the case of Rigondeaux, one of the sport’s greatest athletes has been inactive for more than 10 months, and at the age of 35, he has maybe half decade left in his career. It makes the inability of television networks and promoters to set acceptable terms across the table downright frustrating.

Let’s hope all involved parties can come to terms soon because talents like Guillermo Rigondeaux only come around every so often, and it would be a shame to see his athletic prime spent fighting contracts and sanctioning bodies instead of opponents in the ring.

A Cuban Defector is Building a Cambodian Boxing Champ