Gustafsson Talks Jones, Cormier, and His Fight in Germany This Weekend 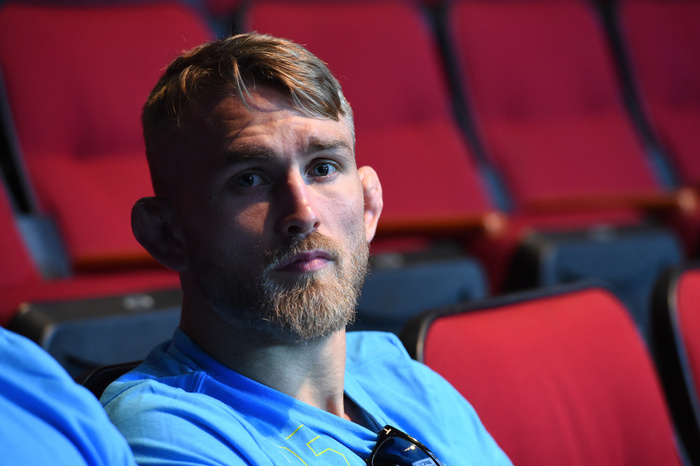 Alexander ‘The Mauler’ Gustafsson returns to action this weekend in the co-main event of UFC Hamburg where he will meet fellow European light heavyweight, Jan Błachowicz.

Some questioned whether the All Stars Gym frontrunner was still fully committed to his fight career when he highlighted a lack of motivation early in the year in an appearance on The MMA Hour, but he seems as focused as ever, days out from his first fight in 11 months.

“I feel really good,” he told Fightland. “Motivation is on top. Training is on top and I’m looking forward to Saturday.”

The former title contender will contest his first fight outside of a main event since December 2012, but the PR workload remains the same. That being said, Gustafsson doesn’t seem to be too bothered by it.

The work, of course, has been done long ahead of fight week, and as Gustafsson reveals, he put a camp together completely tailored to his Polish opponent ahead of their meeting.

“I’ve been working on everything–every aspect of the game. I’ve done a lot of strength and conditioning and I’ve put a lot of work into putting together a game plan for Jan Błachowicz.

“I’ve just geared everything towards Saturday. It’s going to be no walk in the park. Jan is a tough guy. So, I’m really looking forward to it.”

As the number two ranked light-heavyweight in the world, ‘The Mauler’ will likely rejoin the title conversation with a win on Saturday.

Despite Jon Jones returning to action at UFC 197 following his suspension for his well-publicized car crash last year, he was forced to the sidelines again over a potential PED violation just days before his main event clash with Daniel Cormier at UFC 200.

Gustafsson’s and Jones’ careers will forever be connected due to their epic battle at UFC 165, and although the Swede insists that Jones behavior is bad for the sport, he also sympathizes with him.

“It’s a tough one,” he says after a pause. “It’s a little bit disappointing, but more so, I feel sorry for him. He had everything. He had the opportunity to do it all. He’s a one of a kind and he has a legacy like nobody else. He just threw that away.”

Gustafsson also highlighted the broader implications of Jones’ behavior with his career in the limelight.

“I think it’s very bad. It’s hard for him as a person and it’s also bad for the sport. There are so many kids looking up to him and then he just does things like that over, and over, and over again.

“It would be one thing if you messed up once or twice and you learned from your mistakes, but this guy is doing it repeatedly. It’s not cool. I think every champion should be a good role model.”

Speaking of which, former Olympian and current UFC champion Cormier certainly fits the mold of a role model. However, given his reception after the co-main event of UFC 202, it doesn’t seem as ‘DC’ is going down well with the masses.

“I see ‘DC’ as the true champion. I see him as the real champion right now. ‘DC’ is such a good guy too. Really, he’s a good person off camera and backstage. He’s a good role model. Jon Jones may have beaten him, but that fight means nothing right now because he’s thrown all of that away.”

As for the negativity being sent Cormier’s way, the Swedish fan favorite believes that differing opinions are par for the course when it comes to the most popular sports in the world.

“I know that fans are booing ‘DC’, but I can talk for myself,” he deliberates.  “Everybody has their own opinions, I guess. This is one of the biggest sports in the world so there are going to be a lot of opinions. “All I know is, to me, ‘DC’ is the real champion.”

It seems that the absence of Jones has really obscured the light heavyweight division. With his last two losses coming against Anthony ‘Rumble’ Johnson and Cormier, Gustafsson is at the back of the queue in terms of the title contenders in the division.

A win would only bolster his stock, but behind him, on the same card, Ryan Bader could turn some heads if he manages to get back in the win column against Gustafsson’s teammate, Ilir Latifi.

Not wanting to get ahead of himself, Gustaffson underlines that his thoughts are completely on Saturday night while admitting that clashes at the top of the division are still on his agenda.

“I’m excited to get back amongst it with the top guys but I’ve got a very difficult fight on Saturday. I really don’t have room in my mind to think about anything else at the moment.”

Cormier versus Gustafsson: What Makes a Champion