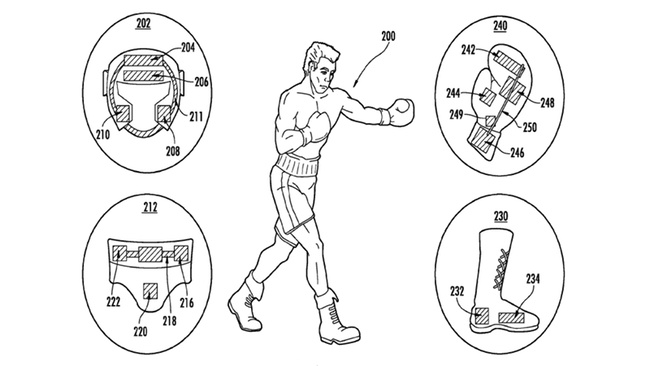 If you've ever wondered how hard a punch needs to land in order to knock someone out, that now may be a possibility. Late last week, media outlets announced HBO's recent patent on a new technology called PunchForce, a small 7.9-gram microchip that is inserted into the boxing glove to measure attributes like force of impact, punch velocity, and distance coverage. If successful, the added technology could change many aspects of the Sweet Science.

There have been plenty of gizmos in the past that measure the force of a punch, probably the most familiar is the arcade machine seen in gaming halls and sports bars that have questionable legitimacy behind their technological accuracy. But a variety of more serious attempts popped up in the past as well. TenCount made an attempt at designing a force-measuring punching bag back in 2013, Puncho launched a training glove that recorded all punch data through a smartphone, and Australian researchers once plotted out a boxing vest aimed at measuring the number and impact of landed blows to lessen scoring discrepancies seen in amateur boxing. None of these technologies have yet made an appearance onto the professional stage, however.

PunchForce does have a chance though. The Nevada State Athletic Commission and the Federal Communications Commission reportedly approved the device for usage back in 2012, and during that time a lot of media was drummed up about the technology, though for whatever reason never came to fruition on the big stage. Now given its new patent deal, news has begun to resurface. In the patent, the device is described as using a combined series of gyroscopes and accelerometers to measure the detailed physics of a punch. The intention is to arm analysts with more information for their commentary and add more color for the sport’s viewers, much like the speed of a pitch does for fans of the MLB, or the velocity of the opening serve in the U.S. Open. It seems a few changes have been made too. Back in 2012, the chip was designed to be implanted near the boxer’s wrist, a location that now is being said to be located on the front of the glove, and new diagrams suggest that sensors would potentially be placed on the fighter's cup and shoes give more data of overall movement. It is also unclear if the current version will be able to track whether or not a punch has landed, a feature that was not available when announced in 2012. This feature will probably be the most crucial statistic to affect the scoring benefits given the rules of the sport. 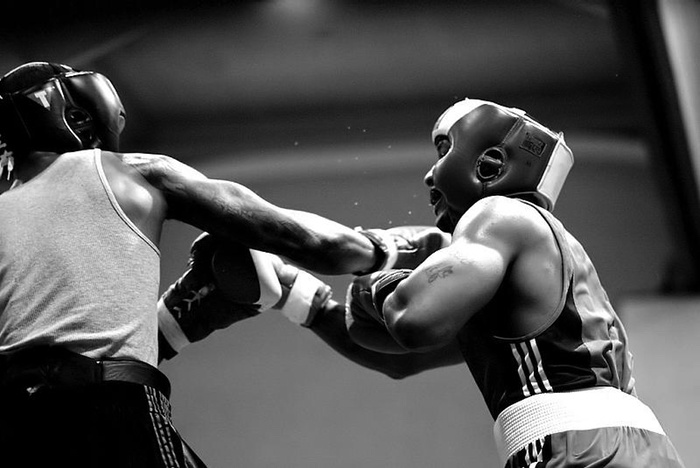 The current industry standard for recording landed blows is Compubox and has been in the sport for 30 years. Its technology pretty much composes of two guys sitting ringside with access to four buttons – one operator tracking the landed and missed punches of one fighter, the other tracking the same of his opponent. A distinction is made between jabs and power punches; the latter pretty much encapsulating any blows (regardless of actual power) that don't fit the category of the former. The controversy around the system is that Compubox is run by human eyes, prone to human error and susceptible to human persuasion, namely corruption. Over the years, Compubox has now become regular in commentary vocabulary and its usage can often influence the opinions of viewers and at times, the judges themselves, especially in closely contested bouts. Should PunchForce develop its technology to do the same of Compubox, perhaps automating punch-output would resolve many of issues.

However, it could also cause a number of issues as well. First is the ambiguity behind its technology. Not much has been released on how it all actually works, and it’s uncertain how much of the general public would understand the science-laced lingo if it eventually was. Personally, I have no idea how "accelerators" or "gyroscopes" work, but if I heard during a match that Fighter A was landing the harder and faster punches than Fighter B, I might care less of how those numbers are being produced, and go on watching the fight with those factors subconsciously influencing my viewing.

Second is maintenance of what appears to be fairly sophisticated technology. How much work will be required to maintain the chips? What would happen if a fighter were discovered to have fought with a malfunctioning chip after the fight? And what about accountability? Introducing such a technology introduces a new element to be tampered with by the many hands involved in boxing match, and at the high-profile matches, there’s large amounts of money at stake. It’s important to remember that at this point, technology is still engineered by people.

Finally, knowledge of the speed and power of punches may eschew judges to evaluate a fight based on only part of the four criteria that goes into scoring a round. It would certainly help in better discerning the areas of "Clean and Hard Punching" and "Effective Aggression", but the numbers wouldn't do much to tell us about "Defense" or "Ring Generalship". Maybe too much weight will be placed on PunchForce numbers and imbalance what should be holistic scoring.

HBO has already starting using the technology, and has been for nearly five years. According to reports, they are waiting for more conclusive research before formally announcing it to the public and making it a standard in boxing matches aired on the network. The announcement of the patent, however, might be a sign that we're close.

A History of Improvement: Technology and MMA

Are Weapons and Suits of Armor the Future of MMA?