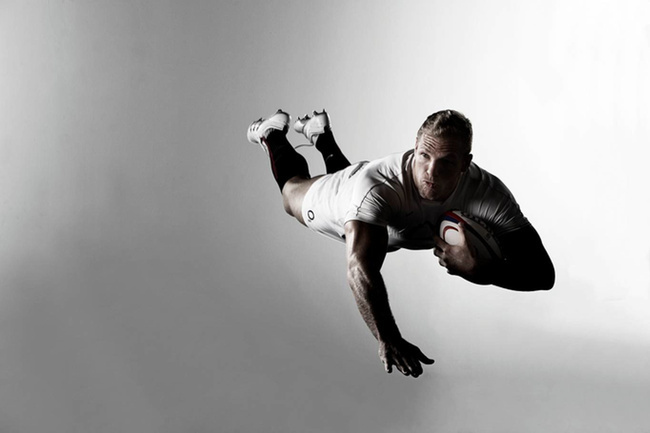 In which we talk to the part-timers and casual gym rats who fight when they're not at their day jobs.

James Haskell is a 6’4”, 250lb rugby union player who currently plays for the London Wasps, where he began his club career before playing in leagues around the world. He has also made 50 appearances for the England national team. Haskell began training MMA on the advice of his physiotherapist, who recommended wrestling to add to his tackle technique. He now trains a variety of martial arts and is man enough to have various moves demonstrated on him by UFC fighters in his role as a reporter for BT Sport’s Beyond the Octagon in the UK. 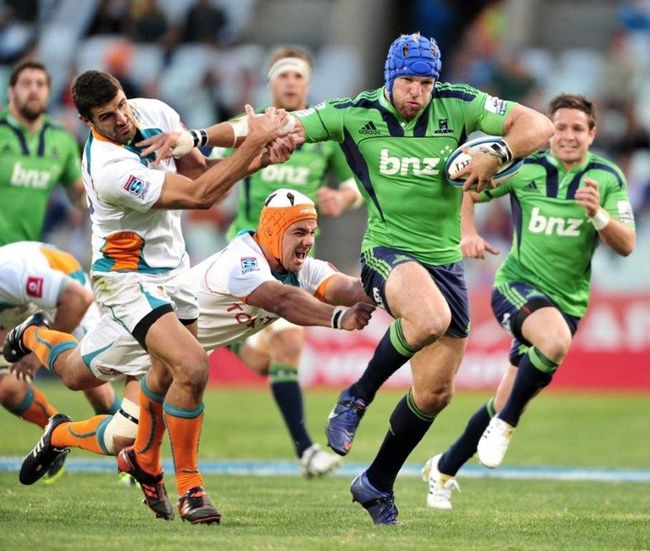 Fightland: Tell us about your first session training mixed martial arts.
James Haskell: It was at London Shootfighters. The first thing that struck me was how humble those guys are, given that they’re lethal. They put me in with a 40-kilo Serbian wrestler and within two seconds I was on the floor. I thought…Right, OK, this is how it’s going to be, is it? So, I went to get him and he slid underneath me and put me on the floor again. Then I sent in my friend who was about 120 kilos (265lbs) at the time and the wrestler picked him and put him against the cage. We were like…Right, you’ve got our attention. Where do we go from here?

Since then I've been mad keen to learn boxing and jiu-jitsu. The problem I have is finding the time and also, because it’s quite intense, I can’t do it too much while I’m playing rugby.

Mixed martial arts is touted as ‘the sport other sportsmen want to train’. Leaving aside the techniques you had to learn, how did you find the conditioning aspect of it?
My big ethos and what I run my fitness business BodyFire around is full-body conditioning and functional fitness. You get no more functional than MMA in terms of the circuit training. An MMA fighter has the ability to go to places where it’s pretty horrific. That kind of conditioning, and how physical mixed martial arts is, blew me away a little bit. I think a lot of sports have got a lot to learn from it.

In addition to training MMA you’ve played for rugby clubs in England, France, Japan and New Zealand. Is it also unusual to do that?
No one’s ever done it before. It was very enlightening and taught me a lot about myself, and professional sporting in general. Rugby is rugby wherever you go, but there are different mentalities and it’s good to see why certain things work for certain people.

It’s the same with MMA. I've always left no stone unturned to try and be the best I can. I felt the areas where I could really learn from were its conditioning and that aggressive attitude.

You’ve stepped onto the mats with numerous UFC fighters. Did you get a hazing off anyone?
No. I’m mid-season so I’m a bit like an endangered animal. You can’t rip my arm off or knock me out, because it’s not going to do my day job any good!

I was surprised how humble and intelligent fighters can be. It’s fun, but you’re getting roughed around a lot, so I was relieved they were all down to earth.

The first time I went wrestling I didn’t have the tools so they all absolutely [dominated] me, in their own ways. I quickly became aware that [in MMA] you need to make yourself very humble because, it doesn’t matter how big you are, you can easily get knocked out or taken down. 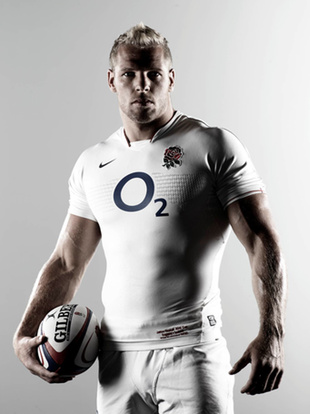 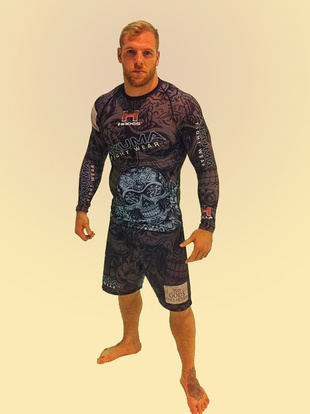 Do you have any plans to train post-season?
I try to. I need to rest, but I’m not very good at resting. This weekend I don’t have a game so I’ll do some boxing. I also do some jiu-jitsu at Roger Gracie’s place. I'll keep it ticking over and after I retire I’d like to have a couple of charity boxing matches. The ultimate dream would be to do enough jiu-jitsu to get a black belt in it.

Do you have a favourite fighter?
They’re all very different and they’ve all become mates in certain ways. Probably the one I speak to the most is Luke Barnatt. He’s a lovely guy and hungry to develop. Phil Harris is lovely too. I've met his whole family. Michael Bisping is very much like me—he likes to talk. It’s very interesting to look into these guys’ lives.

You’ve also met the Octagon girls. You were posing for photos at the recent Fight Night in London with one on each arm. Just doing your job?
Mate, that has nothing to do with my job! 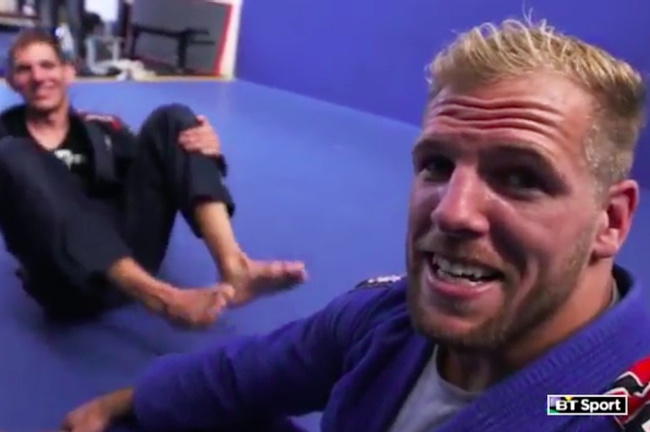