How an 80s Franchise Prepared Us for the World of MMA 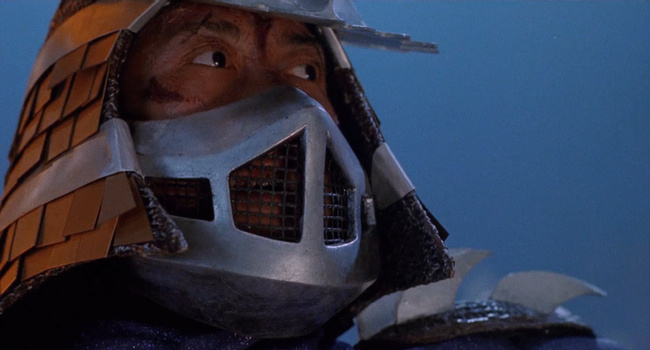 If you grew up in North America in the 80s, and you weren’t a devout karate geek or a Bruce Lee fan, there were really only three reasons to take up martial arts: 1. An older relative did and you wanted to be just like them; 2. An authority figure thought that martial arts would teach you discipline and/or self-defense; 3. You wanted to be a ninja turtle.

Before the Ultimate Fighting Champion made its first controversial steps into the mainstream – hell, before Samurai Pizza Cats were a thing—the Teenage Mutant Ninja Turtles were martial arts’ most prevalent and most powerful gateway drug. For most of us who currently sit in the middle to high end of the coveted 18 to 34 age range—a key demographic for the UFC—the TMNT comics, cartoon, and movies were the lens through which we learned about all of the honor, tradition, discipline and ass kicking inherent in martial arts. The franchise almost single-handedly transformed the image of martial arts from something that happened on the fringes of western society—usually in cheap trophy-littered dojos in strip malls—into something, well, awesome.

Thanks to the ninja turtles, martial arts seemed less like an after school obligation than a cool hobby, or maybe even a calling. In a recent interview with Fightland, UFC fighter Kajan Johnson specifically mentioned Leonardo and Michaelangelo as his early combat idols, and I doubt he was alone in that pursuit. When Frankie Edgar dressed up as Raphael for Halloween on an episode of The Ultimate Fighter 19, with his kids in tow as Michaelangelo and Leonardo, it probably had just as much if not more to do with his own turtle love than his offspring’s. Even I—a completely uncoordinated, gym-hating nerd of a child—have distinct memories of begging my parents for nunchuck lessons. 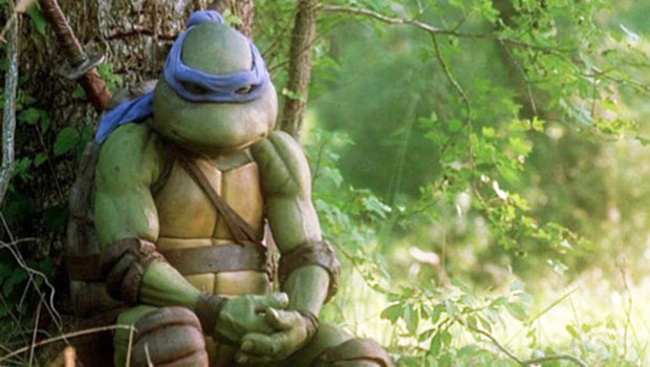 TMNT didn’t just help to inspire a generation of fighters, though, it shaped a generation of MMA fans. By the time The Ultimate Fighter rolled around in 2005, Ninja Turtle devotees had spent almost two solid decades learning to enjoy fights and learning to appreciate everything that went into them. We’d spent so long watching Splinter train his pizza-swilling teenage sons, watching them occasionally push against his rules and fight with each other as they prepared to battle a villain like Shredder that the format of TUF felt both familiar and compelling. We instinctively accepted the importance of technique, game plans, psychology and the history between fighters because those things had been an integral part of our favorite narratives since childhood.

TMNT may even have prepared us for the personalities of MMA. Would we have been half as interested in the snarky exploits of the Diaz brothers if we hadn’t been been exposed the “cool but rude” Raphael at such young and impressionable ages? And would we really be so tolerant of the BJJ community’s unerring fondness for flashing the hang ten symbol if Michaelangelo hadn’t taught us to love surfer affectations so much?

All of this is why I remain cautiously optimistic about the new Teenage Mutant Ninja Turtle film, which debuted its second trailer in cinemas this past weekend. I realize there are many reasons to worry. The past couple of attempts at Ninja Turtle reboots have been less than tubular. I don’t necessarily trust Michael Bay, TMNT’s producer, with any beloved eighties franchises after his continued desecration of the Transformers (and his continued underuse of Grimlock). In fact, I don’t necessarily trust Michael Bay with anything related to filmmaking whatsoever. A disturbing amount of Megan Fox’s job as the ostensibly plucky and smart reporter April O’Neil, at least according to the footage we’ve seen of her in the trailers so far, appears to be staring at things with wide doe eyes and a pouty open mouth. There’s no Casey Jones, although this might be a semi-positive, given that no one will ever be as good at being Casey Jones as the dreamy Chris Meloni doppelganger Elias Koteas.

As Matthew Kadish from The London Film Review argues in his rather convincing piece 7 Reasons ‘Teenage Mutant Ninja Turtles’ Will Be Awesome, though, the new film has a lot going for it, as well. Michael Bay is only producing, not directing. The story should be solid, thanks to the pedigree of its writing team. The Turtles will be CGI and not puppet suits like they were in the beloved nineties films (or, more accurately, in the beloved nineties film and tolerated sequels), which will allow for far more intricate martial arts work in the fight scenes. And, perhaps most importantly of all, it promises to be a slightly darker take on the Turtles, based on the comics, which should put it more in line with Steve Barron’s original Teenage Mutant Ninja Turtles film from 1990 than its kid-friendly sequels. 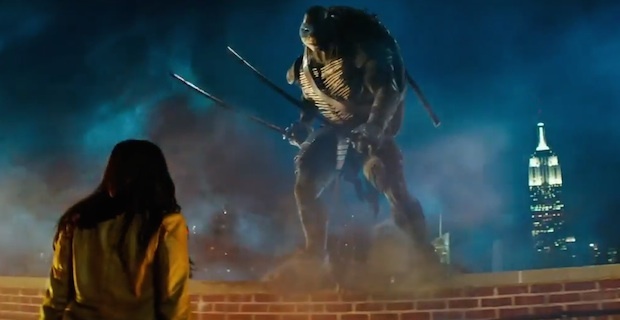 Good or bad, I’ll be there to watch the movie when it opens on August 8. I probably wouldn’t be as passionate about MMA as I currently am if the Turtles hadn’t been my childhood training wheels, and I like to pay my respects to traditions like that. It’s something I learned from my BJJ professors over the years. And from a mutant rat named Splinter.