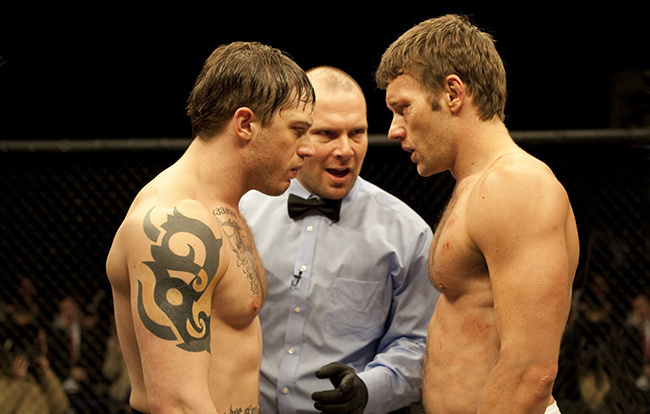 I met Hollywood’s top stunt and fight choreographer for breakfast near his home in Koreatown in Los Angeles. JJ Perry, a lifetime martial artist who grew up in Houston, Texas, joined the army in 1985 under the elite athlete program. After he was sworn in, but before he left, he worked on two films that happened to come through his town: Pray for Death and a martial arts comedy, They Still Call Me Bruce.

“I learned that there was a market for athletic guys who are game to throw themselves in harms way,” he tells me. “I was in the army for five years. Just before I got out, Jean-Claude Van Damme was auditioning for a movie called Lionheart. My cousin had sold him a BMW and told him about me. I booked the part but my commander didn’t let me do it. After I got out, I moved to Hollywood.”

Since then JJ has become the premier martial arts choreographer in the movies. His credits read like a history of MMA in cinema, charting the evolution of the fight scene from the good-but-ridiculous-old days of flying kicks and struck poses to the cage-ready verisimilitude of movies like Warrior and Haywire, which starred former MMA star Gina Carano.

“I want to show you something. For your eyes only.” JJ orders coffee and pulls out a laptop that looks like it’s been in a sandstorm. “Sorry bro, it’s been out in the field,” he says.

A video of a fight scene from the upcoming Expendables 3 appears on the screen. “This is my edit, we did this three weeks ago,” JJ says. “Only five or six people have seen this.” The scene is set in a casino, and UFC women’s featherweight champion Ronda Rousey, dressed in a seductive outfit, is in the midst of battle. JJ, visibly excited, gives me a running commentary, complete with a list of all the judo moves he had Rousey, an Olympic judoka, pull out.

“Kata Guruma, takes the rifle, takes cover, starts sprayin’ and prayin,’ runs out--look at her go!” JJ says. “Leg bar--watch this-- kink! A little luta livre into the arm-bar, out the back door, takes them down--whack! Come on, dog! And here comes these, guys. And guess who saves her? Antonio Banderas! They start fighting together. There’s a cool Harai Goshi coming in a second. Boom! She taught him how to do that Hara Goshi. Woop! That was tasty.

“Under the table--tick, tick, tick, tick--there will be a lot of post effects going on. We can’t use muzzle flashes when people are in close proximity to each other. There’s a lot of CGI that needs to happen. Another Kata Guruma, Tai Otoshi--this is tasty, watch this--into the throw, she looks for the triangle, to top-side, to bottom-side--watch, watch, watch, your going to love it--now switch through, use the arm as a lever, gets the gun, and shoots the dude. Sick.”

Fightland: How was working with Ronda? She seems like she would be the perfect canvas for what you do.
JJ Perry: I’m so lucky. Look, I did Warrior a couple years ago and I based all my throws on Greco-Roman wrestling: belly-to-belly suplexes, a lot of wrestling throws. This is my first time getting a judoka at that level, and you will never get a female judoka ever to be the lead of something like this. To have the opportunity to choreograph her fights scenes was unbelievable. Her judo is flawless.

With the rise of MMA, does the audience demand more realistic fight scenes?
Oh, for sure. In our lifetime we have seen martial arts evolve more than it evolved in 500 years. You won’t see a lot of posing in my work; men don’t fight that way. I am working on The Shield right now and sometimes they will ask me for a character to do a pose. And I tell them that if they want to see what it looks like when two people fight each other to go watch the UFC. Nobody is sticking a pose. They stalk each other, put together a plan, and set traps for each other. Anything more than reality plus 10 percent fantasy and I will refer them to somebody else--another coordinator. I did movies called Wolverine and Ultra Violet and those movies were so over the top for me. Movies like The Expendables are over the top, but the armbar is in there and the triangle [choke] is there, you know? Now that the audiences are watching way more mixed martial arts,  all these moves are not foreign anymore. Being able to tell the story to the layman is easier now.

The first movie that had a triangle choke was Lethal Weapon. Mel Gibson kills Gary Busey with a triangle choke. It was the first time we saw it in a movie. Now when I put the triangle into a scene, everyone knows what it is. It’s beautiful.

What about the actors? Are they more educated about the sport now?
Yes, some of them have done private lessons in jiu-jitsu, and some of them have done Muay Thai. I really respect the actors that take the time to learn martial arts--respect for improving his craft and becoming an action star. Jason Statham is an example of that. He was on the French national diving team and he is a tremendous athlete in his own right, but he wasn’t a fighter when I met him. After working with him for a couple years, he doesn’t need a stunt double. His stuff always looks good because he’s hard-working and he understands the lens as well.

How often does the director give you input and suggestions for changes?
I turn in what is called a “pre-visualisation.” I take stunt doubles and shoot and cut the fight. 99 percent of the time I bulls-eye it, and they keep it as is. They will say, “I want it to look like Bourne Supremacy, or I want it this way.” The director will speak in broad strokes because he doesn’t know what an omoplata is, but I know what he wants.

I guess these days you have to know all the different styles so you can know what actually works and what doesn’t.
Oh, dude, you have no idea. Bruce Lee called it back in the 1971 when he was writing Tao of Jeet Kune Do. He might not have called it exactly but he knew the truth. He was like, “Cut all the fat away, bro. It’s a salad bar. Get what’s good. Take what you need. Then you have the perfect art.” People were always looking for the truth. With the rise of MMA, we are closer to finding it.

The "Whoa-ness" of Keanu Reeves

I Take Muay Thai Classes With a Movie Star