How Mob Boss Whitey Bulger Inadvertently Made the UFC 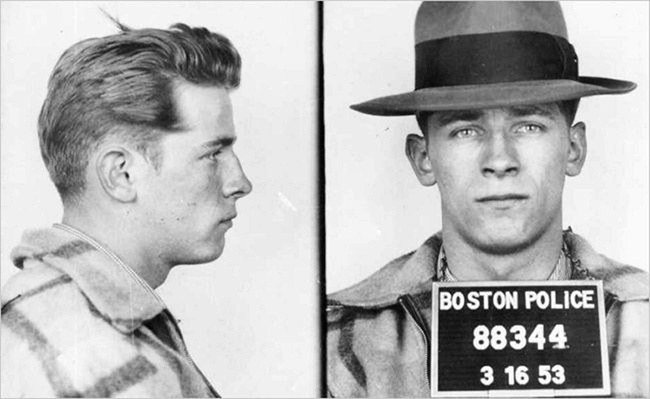 Though it's true that South Boston mob boss Whitey Bulger was recently convicted on 31 counts of racketeering, money laundering, extortion, and firearms possession and found complicit in the murders of at least 11 people during his 40-year career, it appears he may not have been all bad. In fact, he may have been responsible for the rise of the UFC.

According to UFC President Dana White, back when he was living in South Boston in the late 80s and early 90s two members of Bulger’s gang tried to shake him down for $2500 in return for Bulger allowing White to run a boxing program in the neighborhood. White, who didn’t have $2500, wisely bought a ticket on the next available flight and headed back to Las Vegas. There, he became reacquainted with a wealthy school friend named Lorenzo Fertitta and starting working as a manager to two up-and-coming MMA fighters named Chuck Liddell and Tito Ortiz. A few years later, Liddell and Ortiz were the biggest names in the sport and White had convinced Fertitta and his brother Frank to buy a struggling fight promotion called the UFC. And the rest, as they say, is history.

Next week, Bulger is scheduled to be sentenced, and while we usually don’t support sprawling, ultraviolent criminal empires and their murderous kingpins, maybe when U.S. District Court Judge Denise Casper is considering her decision, it wouldn’t be the worst thing in the world if she looked past all the violence, murder, money laundering, and mayhem for just a moment and shaved, say, a week-and-a-half off Bulger’s life sentence in recognition of the unintentional gift he gave MMA fans by driving Dana White west.

Drugs, Tweets, Fights, and Other Messes