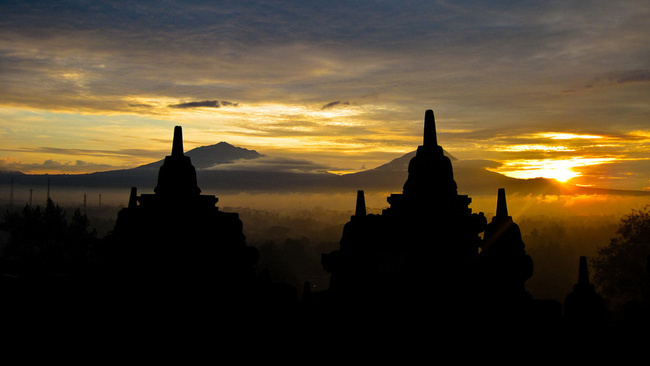 Indonesia is home to one of the most vibrant BJJ scenes anywhere in South East Asia with schools set up all over the archipelago and tournaments taking place on a regular basis. The country’s undisputed godfather of grappling in is Niko Han who studied the sport under a variety of teachers in the US before returning home to start his own chain of academies, called Synergy.

Without Han it is doubtful whether BJJ would be anything near as popular in Indonesia at it is today and his lifelong martial arts journey began back when he was a schoolboy in Jakarta.

“I first started learning Judo and Japanese jiu jitsu, in elementary school, mainly because it was part of the physical education curriculum and my sister Irina was into it. Then, as a teenager, I got more interested in learning martial arts and studied a couple of different styles of Kung Fu, but I never seriously delved into studying martial arts until I felt the effectiveness of Gracie jiu jitsu,” he told me.

The reverberations of Han’s decision to devote his life to the study of this particular form of jiu jitsu can be felt all over Indonesia and there are currently 35 Synergy Academies that are collectively home to over 1,000 students. It is a far cry from the days when he first discovered through watching a video just how effective BJJ could be.

“I became interested in BJJ after watching Royce Gracie fight in the UFC, it was almost like a moment of enlightenment because I saw the martial art style I was always searching for. Not long after that I joined Rickson Gracie’s Academy in Los Angeles which was a rude awakening, a big blow to my ego and the beginning of my obsession with MMA,” Han recalled.

In the mid 90s Han was taking a business administration degree in the US but he found time between his academic studies to throw himself into learning martial arts in as many different places as possible. 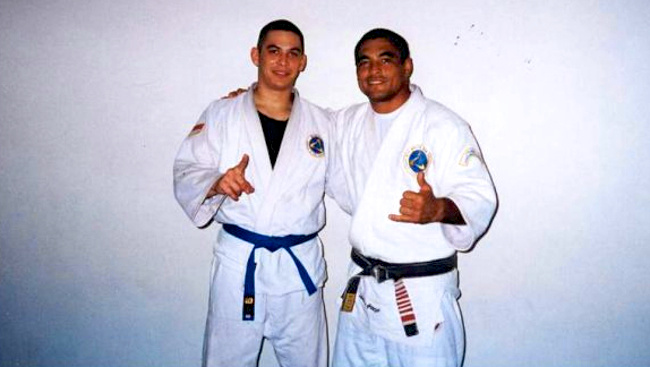 Han’s list of instructors reads like a ‘who’s who’ of big names in the BJJ world and he continued to learn from a series of legends who were on the scene in Los Angeles at the time.

“I was training a lot with Eddie Bravo and in 2000 I started learning wrestling and focused more on MMA at the RAW Training Center with Ricco Chipparelli and Frank Trigg. The following year I started training with Jean-Jacques Machado and joined the wrestling club of UCLA. Later in 2001 I began teaching BJJ at UCLA and at the same time took up boxing at the L.A. Boxing Gym and Bill Slayton's Broadway Boxing Gym in Los Angeles.”

With a background in multiple martial arts Han would have been an obvious candidate for a MMA fight but he says his focus has always been first and foremost on teaching.

“I never competed in MMA myself because I never had the aspiration to become a professional fighter, my dream was always to spread and teach MMA in Indonesia,” he said.

With the Synergy academies well established and producing multiple fighters for organizations like ONE FC there is no doubt that Han has realized this dream but back then he was not content to merely learn from the best trainers in Los Angeles and soon spread his wings in search of more martial arts knowledge.

“In August of 2002, I made the move to Nova Uniao in Las Vegas to continue training with Marc Laimon and was a training partner for fighters such as Roy Nelson, Ricco Rodriguez, Phil Baroni and Kendall Grove. I had the great opportunity to train with many of the best grapplers and fighters in the world and it was a true honor and a priceless experience.”

The following year Han would head home but he could not leave the West behind once and for all and go back to his native Indonesia without first visiting the ancestral home of BJJ.

“I made a trip to Brazil in April, 2003 to train at the Nova Uniao Academy with Andre Pedeneiras in Rio de Janeiro and also at Leo Vieira’s academy, and then in Sao Paulo at Fernando Terere and Eduardo Telles’ academy. I received my brown belt from Marc Laimon on May 20, 2003 in Rio de Janeiro and he would later promote me to BJJ black belt on February 14, 2008,” he said.

After having travelled and trained with some of the most renowned instructors and fighters on the planet Han set about putting his martial arts knowledge, as well as the business acumen he had picked up during his college course, to good effect.

“I founded Synergy when I returned to Indonesia on July 28, 2003. I chose the name ‘Synergy’ because I feel it captures the essence of MMA, the idea of combining forces of the most effective and efficient techniques for a superior total effect.” 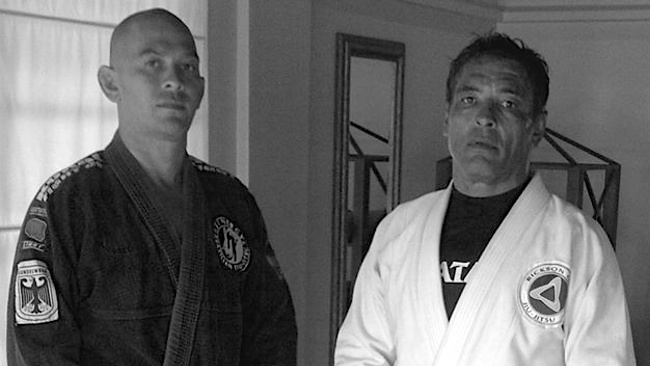 Having travelled overseas and dedicated himself to martial arts Han could not be entirely sure that when he returned to Indonesia people there would share this enthusiasm but he says he was always confident that the sport would eventually catch on. As he explained, “I’m not surprised how popular BJJ and MMA have become in Indonesia because I know how much Indonesians love the martial arts.”

However, this also presented a problem for Han who did not want to alienate existing martial artists by proclaiming the supremacy of his style.

“I knew we couldn’t just make open challenges like it was done in the US at the time, it would not have worked so I decided the best way was to organize workshops throughout the country and invite the local martial arts community in order to share our BJJ knowledge and make the local community know that we are not here to challenge them but rather to compliment their martial art styles.”

Of the 1,000 plus students who currently train at the 35 Synergy academies none has enjoyed more success than Fransino Tirta. He holds a 15-0-1 professional record and Han, who awarded the undefeated Indonesian his black belt last year, says his student has all the qualities required to succeed as a professional fighter.

“The first time I met Fransino was in 2004. I invited him to train with me and not long after he came to the academy, we hit it off and I started preparing him for the TPIFC Grand Prix tournament that he won. He’s an amazing talented fighter and very hard working, he knows how to put everything together, he knows how to win and he’s the first true homegrown BJJ black belt of Indonesia,” Han stated with pride in his voice.

Although there are numerous mixed martial artists in Indonesia, there are no domestic promotions operating there at present, and Tirta has not fought for almost three years. The bantamweight will be back in action when he takes on Egyptian Sami Amin at ONE FC: Era of Champions in Jakarta next month and he credits Han with being a major influence behind his undefeated career. 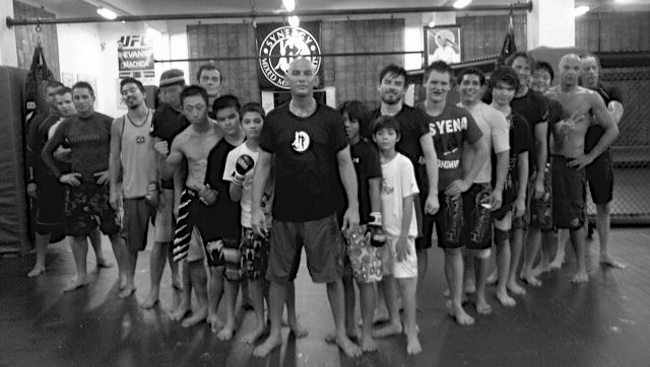 “Training with Niko is awesome because he makes learning martial arts almost like a scientific thing. From the very beginning I trained with him and I don’t really have any other BJJ instructor other than him so being awarded a black belt by him meant so much,” Tirta told Fightland.

Han’s schedule is packed because other students from his Synergy academies besides Tirta are likely to feature prominently when ONE FC comes to Jakarta next month and there is also a submission grappling tournament scheduled to take place in the same city on May 31st.

Indonesia’s BJJ scene is thriving thanks to Han and the man who made it happen is just happy that people in his homeland have embraced a sport which he is so passionate about.

“I knew that once Indonesians felt the magic of BJJ they would fall in love with it just the way I did.”