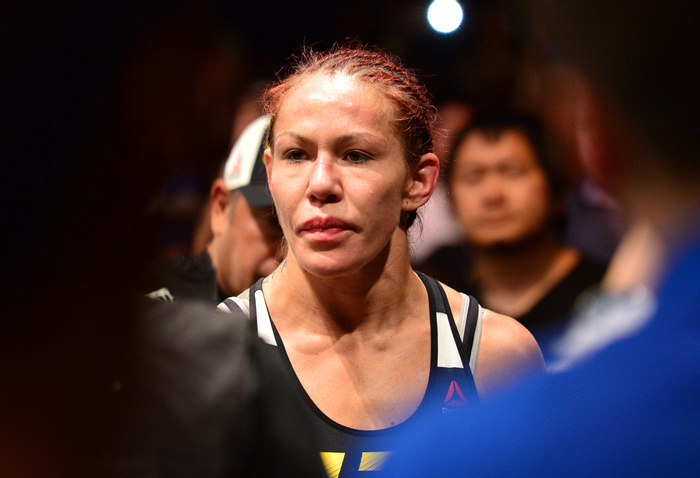 To be a fighter is to craft your body into a weapon and to wage war against your opponents in the quest for victory and excellence. For the past five years of her career, though, Cris “Cyborg” Justino’s body hasn’t just been a weapon; it’s become the very battleground upon which almost all of MMA’s most pressing issues have been waged.

Fighter treatment. Just how much each athlete should be expected to sacrifice for the right to compete. The depth of WMMA divisions. The existence—and growing popularity—of women in MMA at all, and the anxiety that causes for the sport’s most toxic alpha male fans. The struggle between marketable fighters with ostensible crossover potential and good fighters who are, for whatever reason, determined not to have that elusive “it” factor. Weight cuts.  And, of course, the looming specter of performance-enhancing drugs, both on a practical level (What is the best way to regulate, test, and punish their use?) and a philosophical one (Is a fighter always tainted by their use in a sport with such a rigid code of honor, or can they redeem themselves? And, if so, how?)

There are few fighters that haven’t had to deal with at least one of those issues in some shape or form in MMA’s current climate. But it’s only Cyborg who has consistently been forced to put both her physical and mental health on the line to face all of them.

She’s had to confront everything from criticisms of her tone to her coach just to get in the UFC and a chance to fight for a living wage—all while Dana White himself took cheap shots at her appearance. She’s struggled to consistently find suitable—or even remotely game—opponents in anything even close to her weight class, all while facing vicious criticism for her looks, her body, and her dominance. She’s watched more conventionally attractive, less talented female fighters be offered opportunities—and leeway—that she could only dream of. She has suffered from the questionable at best practice of drastic weight cuts even more than most fighters do, almost killing herself to make it down to 140lbs, which was devastatingly documented in the new documentary, CYBORG. And she’s spent half a decade unfailingly working to live down a positive steroids test that cost her a year of her career and her reputation, and has allowed her detractors to claim that every ugly slur they’ve ever hurled at her is somehow justified in the name of only caring about fair play. 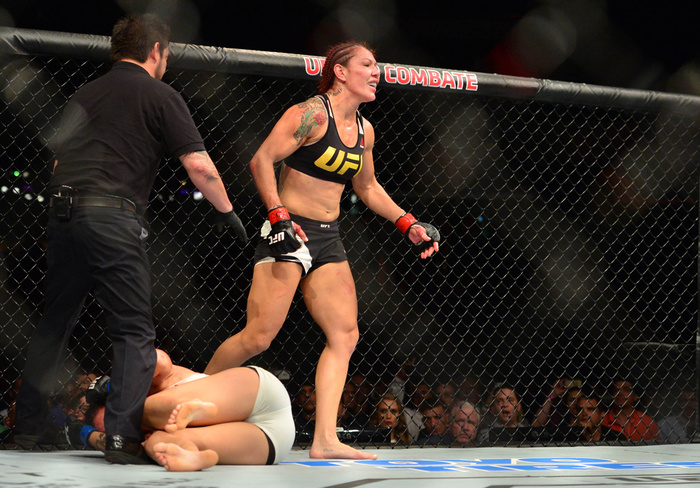 Throughout it all, Cyborg has kept fighting, both literally and figuratively. She has loved this sport every bit as much as it has failed to love her. In a culture in which dedication, commitment, and sacrifice are fundamental components of competition, what she’s done to find a place for herself in both Invicta FC, where she reigns as the Featherweight Champion, and the UFC, where she willingly takes whatever catchweight bouts she can get is still superlative.

Not only did she serve her time on the sidelines of the sport for her positive PED test, she’s also been paying a sort of public penance ever since that goes far beyond her actual transgressions. The training, the death-defying weight cuts, the very act of showing up at all when the odds have often made her as much of an underdog outside of the cage as her opponents are inside of it, aren’t just the acts of a woman trying to atone for past mistakes. They’re the acts of a woman forced to apologize for having a body bigger than most of her potential competition (or being born before her sport was established enough to offer her a wider playing field), for having a body that doesn’t easily court endorsements and reality show appearances thanks to our narrow standards of beauty, and for having a body and an attitude that doesn’t easily placate men who are worried about their place in the world and in MMA.

The pressures of training combined with the external pressures of being an outlier in MMA can be enough to thwart many promising fighters—and has, arguably, stopped at least one—but Cyborg is still fighting. She makes all of the sacrifices that any high caliber athlete must make to be the best in their field and then she risks all of those gains through weight cuts so drastic that they actually require her to lose muscle mass, just for the opportunity to fight in the UFC. 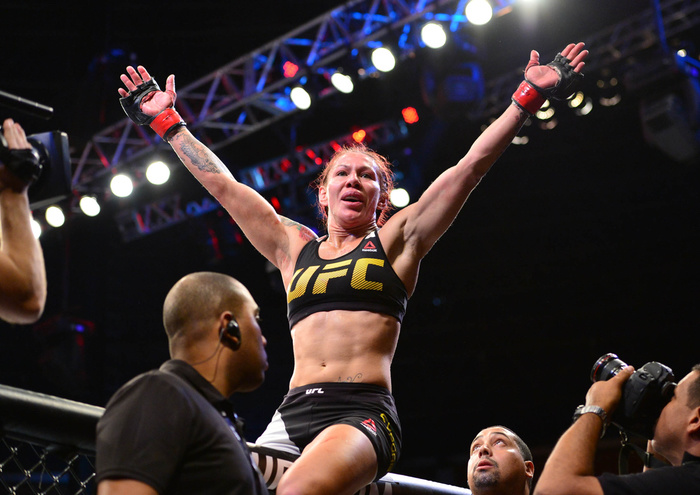 Yes, she has made mistakes in the past and no, you shouldn’t have to like her if your opinions on PEDs are really so black and white that anyone who is ever caught using is automatically a cheater for life in your eyes. But at least consider this: if your dislike of Cyborg is rooted in a firm belief of the moral rules that govern martial arts, isn’t at least worth considering the values that she has embodied since then, like dedication, and the unflagging pursuit of excellence? And if your dislike of her isn’t genuinely rooted in an all-encompassing love of fairness above all else, then what other biases might be influencing your opinion?

Even if Cyborg isn’t worthy of unquestioned adulation, she is, at the very least, worthy of consideration. Given the extent to which her own personal journey has become a lightning rod for so many concerns in MMA, to dismiss her outright is to dismiss any productive discussion about what the sport is and where it’s headed. And, given that it’s a conversation that she has risked her very life to participate in, the least that we can give in return is an open mind.

Even in the UFC, Cyborg Remains the Defiant Champion of a Nonexistent Weight-Class