In Memoriam: The MMA Fighters Who Passed Away In 2016

Although there's plenty of evidence that 2016 has not been the literal worst year ever, it won't exactly go down as humanity's most beloved spin around the sun, either. Politics, natural disasters, terrorist attacks, and a seemingly endless wave of prominent deaths—and the overwhelming reporting of all of the above, thrown at us much faster than our brains can process—have made the past 366 days feel like an endless slog through misery and heartbreak. And the MMA community has not been left untouched by this tragedy. Not only did we lose a hero in boxing and cultural legend and all-around GOAT Muhammad Ali on June 3, we also witnessed the deaths of a number of mixed martial artists.

Here's a look back at some of the fighters who passed away in 2016:

PRIDE, Strikeforce and UFC legend and former UFC Heavyweight Champion Kevin Randleman died of a heart attack on February 11 after being hospitalized with pneumonia. He was 44-years-old. "Those who saw him at his peak will always remember his feats of athleticism in the ring and those who had a chance to speak with him or hear him at seminars will always remember him for the thoughtful, introspective man who shone through from underneath the muscled, almost superhuman exterior," our own Jack Slack wrote in his look back at the highs and lows of Randleman's storied career.

The young Portuguese MMA fighter was hospitalized when he started feeling sick after a rough TKO loss to Charlie Ward of what was only his third professional fight at Total Extreme Fighting 1 on Saturday, April 9 ( see here for Fightland's full report on the incident). According to a statement released by his team Nobrega Team, he died at 9:35pm in Dublin on Monday, April 11. "Even though we had the permanent medical care from the promotion's staff and the Irish hospital, to whom we thank for the support in this tough moment and even though we know the risks of this sport, Joao Carvalho's passing is, in my professional point of view, unfortunate, and makes us, his family and the entire Nobrega Team—which followed Joao Carvalho through his entire career, which gained notoriety nationwide and internationally— saddened and heartbroken," his team posted on Facebook. 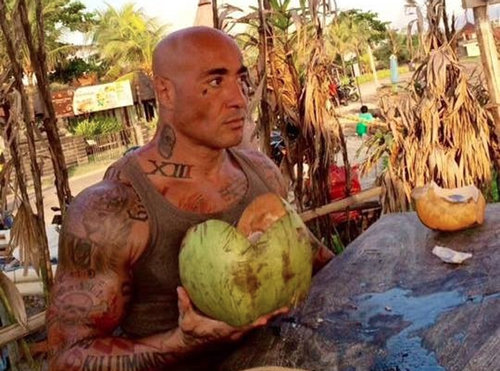 Amokrane Sabet earned only one victory in his four fight mixed martial arts career in the late 90s and early 00s. He also starred in a 2009 action film called K. Sources reported that the 49-year-old French national, who was living in Bali and was "controversial" among his neighbors, was shot to death by police after stabbing one of their officers to death while resisting arrest on May 2. An autopsy released on May 4 indicated that Sabet had actually died of stab wounds.

Up and coming Bellator star and beloved Blackzilian Jordan Parsons died on May 4, three days after he was the victim of a hit-and-run in Delray Beach, Florida (the driver, Dennis Wright, was found and charged later that month). "Jordan was an exceptional athlete and a rising star in the sport. But more importantly, he was an exceptional young man. Jordan was hard-working, dedicated, intelligent, and a pleasure to be around. He represented all the reasons we love this sport. It is a terribly tragic loss and our thoughts and prayers go out to his family, friends, and teammates," Bellator President Scott Coker said in a statement.

Avena was a BJJ black belt whose mixed martial arts career included stints in WEC and Bellator. His last fight was a 2013 KO loss to War Machine in 2013. On May 4, the 32-year old was found dead in Las Vegas apartment. Police announced that they were investigating the death as a suicide, but did not immediately release the cause of death.

In the cage, Kimbo Slice, the viral street-fighting sensation turned professional boxer and Elite XC, UFC, and Bellator star was a controversial figure. In real life, Kevin Ferguson the father, fiancé, and autism advocate was far more universally beloved. On June 3, Ferguson was rushed to the hospital with stomach pains, nausea, and a shortness of breath. Diagnosed with heart failure, he was immediately put in a ventilator in intensive care and was about to be added to an organ donor list for a heart transplant. But it was too late. He died at 7:30pm ET on Monday, June 6 in Cleveland. Ferguson is survived by his six children and his long-term girlfriend. 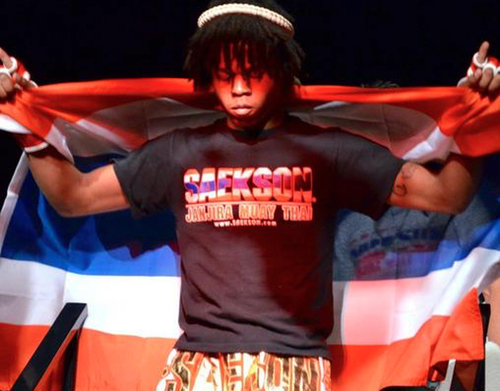 New Orleans native Ivan Cole was a professional mixed martial artist and Muay Thai instructor whose last fight was for Bellator in 2015. On June 11, Cole was found dead of a self-inflicted gunshot wound to the head in a Dallas apartment on June 11. CBS reported that he might have been playing Russian Roulette at the time of his death. "Some say it was about money, someone said something about Russian Roulette, but I don't have any facts now," Cole's mother told the New York Daily News of the tragedy. "I'm a bit devastated at this time." He is survived by his wife Kimberly and their 4-year-old daughter.

Ryan Jimmo was born in Saint John, New Brunswick. He took up karate very early in life and soon added football, bodybuilding, and chess to his arsenal. Making his professional MMA debut in 2007, he racked up a 19-5 record over the course of his career, which included a three-year run in the UFC. On June 26, mere hours after proposing to his girlfriend (whom he charmed with karate lessons and Gordon Ramsay impressions), Jimmo was killed in a hit-and-run incident in Edmonton, Alberta. He was 34 years old. In September, two men were charged – one with murder – in connection with his death. 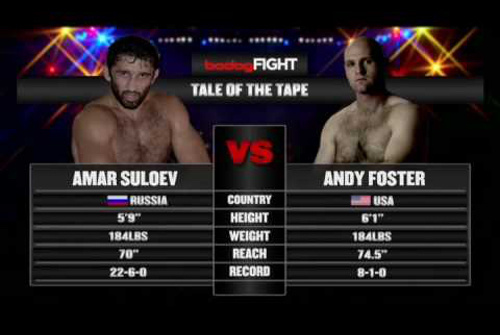 Suloev faced the likes of Chuck Liddell, Phil Baroni, and Chael Sonnen over the course of his decade-long career that included stints in the UFC and PRIDE, but his post-combat career was far less admirable. Turning to a life of organized crime, Suloev became a contract killer (his fall is detailed in this Bloody Elbow feature). While on trial for murder, he was diagnosed with stomach cancer, and was released on bail in May. He passed away in his childhood home in Anapa, Russia on June 27.

In addition to his promising MMA career—the Ultimate Fighter 17 star had a 12-4 record—Samman was also a promoter and a writer. He was a contributor to Bloody Elbow and UFC.com and published a memoir earlier this year. The Housekeeper: Love, Death, and Prizefighting chronicles the many struggles of his young life, including injuries, drug addiction, and the tragic death of his girlfriend in 2013. Six days after he was found unresponsive in his Florida apartment, Samman was pronounced dead on October 5. His death was ruled a probable drug overdose later that month.