In New York, We Fight About Fighting 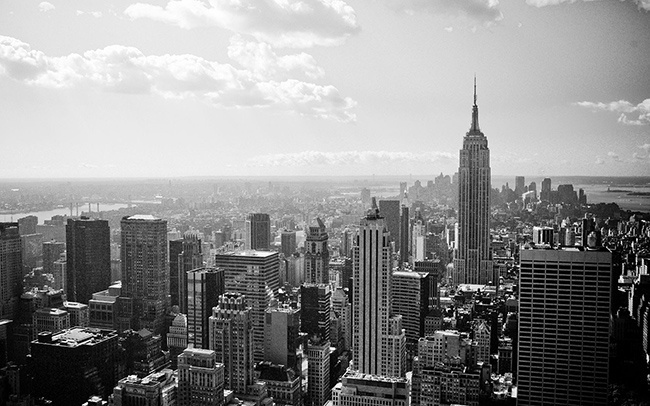 Ever since the New York state attorney general decided to dodge Zuffa’s lawsuit to get MMA legalized by saying amateur fights are actually allowed in the Empire State, it’s as if someone broke through to a vast untapped ocean of oil that’s been bubbling beneath the ground of the Empire State. We’re about to be overrun with prospectors, drillers, and roughnecks clawing over one another for their piece of the profit like some once-barren Texas goat farm the showed a rich find until finally a few winners emerge, ceaselessly sipping whiskey on their front porches as they plot ways to murder competitors with “accidental” leaks in the gas lines.

Until now amateur MMA in New York City was largely the territory of just one man--the Underground Combat League’s Peter Storm, who’s suddenly facing new MMA promoters with very different ideas about what the future of the sport here should look like.

Aggressive Combat Sports realized they could get a show going late last year and finally held the first sanctioned MMA amateur event in New York City this January in a high school gymnasium in the Bronx. For fans who in the past had taken a bridge or tunnel to see live shows in New Jersey, the night was familiar. A cage, medics, ring girls, a concession stand … all the comforts of legality. But for those whose only exposure to MMA in New York City has been Storm’s volatile underground fights, the night may have seemed almost too polished.

ACS CEO Eugene Perez knows the two promotions couldn’t be further apart, and he’s counting on that to make his product the face of NYC MMA when professional sanctioning finally comes. It’s a change he thinks will only leave so much room for so many people, as promotions battle over the soul of the city’s fight scene.

When I first interviewed Perez he defined his show as much by what it rejected as what it embraced.

“We don’t want basement brawlers. I turn down people all the time,” he told me. “I have people who want to get on cards; the sad truth is you have a lot of instructors out there in love with the idea of MMA but don’t know how to teach it. So you weep for that process sometimes.

Considering the UCL has been the only other real game in town for years, it’s hard not to take Perez's comments as a shot at NYC’s longest-serving MMA provider, which was an assumption Perez had no problem confirming.

“Peter Storm called me the night before our show, bitching,” Perez says. “Honestly I had no idea who Peter Storm was. He does his Underground Fight League. Big whoop to him. But it does nothing for me. I don’t even consider it a company. You want filet mignon, come to my show. You want a spam sandwich, you go to him. You jump in the ring you have head butts, you have no safety, no medicals.

“Peter Storm is bad for the sport. You send a politician down there to watch one of those show—please, “human cock fighting”--your show is a detriment to everything professional fighters are trying to accomplish. I don’t like the guy. I know people who’ve fought in his shows. To me it’s a non-factor; it doesn’t even affect me. He could run a show the same day and it wouldn’t matter. Look at the schools at his shows and mine. Credible schools are not going to his shows. All it is is a fight club. That’s all the UCL is.”

But, I countered, even if you don’t like Storm’s shows, doesn’t he get credit for keeping MMA going in New York and giving fighters a place to get experience and exposure under conditions that could’ve put him in front of a judge?

“Unfortunately he gets a lot of credit in New York,” Perez replies. “But he’s also the reason we’re having all this trouble in New York. It didn’t help, it hurt. You send a congressional or state rep to a UCL event they’re going to be like, ‘What the hell is this?’ A bunch of thugs in the room screaming and cursing… no rules, no medical staff, a referee that doesn’t have experience. It’s the personification of the 'human cockfighting' label that MMA’s been stuck with. You look in at the difference of how my show was run and how his was run, it’s night and day.”

Perez also questions why Storm wasn’t looking for a sanctioning body to back the UCL. ‘’He wants to be a cowboy and run these kinds of events," he says. "He wants to thumb his nose at the system and that doesn’t work.’’

To be sure, part of the attraction of Storm’s shows is the wild-card element. I can’t judge the history of every fighter that’s bled on the UCL’s mats before, and maybe some I did see fight didn’t have the right background, but it’s also been a proving ground for plenty of legitimate, talented athletes, including former UFC lightweight champion Frankie Edgar. And as I’ve said before, the UCL’s ragtag quality is a big part of its charm as NYC’s scene slouches towards legitimacy.

As befits the character of a man who’s battled long in the trenches, Storm is far from intimidated by the challenge of a fresh opponent. If anything, you get the sense that knowing there’s another hill to take is the best fuel to give him. Storm admits to his feud with Perez, but from his point of view it’s Aggressive Combat Sports, and not the UCL, that’s hurting New York’s chances for fully sanctioned MMA.

‘’I’ve been in this 10 years and now they’re looking at shutting down amateur MMA because of this,’’ Storm counters. ‘’It’s because of him going around claiming he’s working with athletic commissioners when he’s not. He brings on bad attention making claims he can’t back up.

‘’If it wasn’t for me he wouldn’t be doing shit. I changed the landscape of MMA in New York. Nobody helped me.’’

Storm knows the rush is on and he can’t be the only game in town anymore, but despite opportunities to get backing from an outside organization, he says he plans to keep working on his own for as long as it takes for the law to get sorted out. Of course this wouldn’t be a good feud if Storm didn’t have a few thoughts on Perez's product.

‘’It’s boring,” he says. “I mean his show, they get to the ground but there’s no fighting. My show prepares fighters for MMA. His prepares them for submission grappling, but that’s it. I’m not worried about promoters. There’s going to be plenty of them but I’m just going to promote my own brand. It’s going to be legal this year, and I know the commission, and I know how to do things right and I’ve got plenty of resources. I’m not worried about what anybody is going to do.’’

A Historic Night in the Bronx

Is the UFC Finally, at Last, Dear God, Coming to New York?