In Old Issan: The Genesis of a Muay Thai Gym Owner

[I had my first conversation with Mr. Dit while sitting on the concrete floor of Giatbundit Gym in rural Buriram Province, Isaan. Afternoon training had just finished, fighters and trainers crowded around the home-cooked dinner on straw mats, and Mr. Dit, the owner of Giatbundit, shared with me stories of his Isaan childhood over plates of sticky rice, fried silkworms, and papaya salad.]

When I was 12, I stole money to buy my first punching bag. This was 30, 40 years ago. My friend said he was going to Bangkok, so I swiped the money from my father and handed it to my friend, asked him to bring back a bag for me. Sure enough, he showed up a couple weeks later with the bag. It was a big deal because it was the only bag in the village. My parents didn't approve of me fighting so I hung the bag in a neighbor's yard to keep it a secret.

We practiced on that bag every day. There were five or six of us neighborhood kids and we'd all take turns hitting the bag and sparring with each other. We didn't have anyone training us; we just tried to train ourselves. We would watch the other fighters at temple fairs, try to figure out their techniques with each other at home.

Less than a year after I bought that bag, it disappeared from my neighbor's house. I found it a few weeks later hanging in another house in the village, but I couldn't do anything about it. I'd stolen the money to buy the bag in the first place, and I had no proof that I'd bought it. I was just a kid; no one would have believed me. So my friends and I just went back to clinching and sparring with each other.

Most of my friends were fighters like me. We would train together every day, then go running around trying to find fights. One of my best friends back then was this little neighborhood kid named Rotnarong. He was six years younger than I, and later he went off to Bangkok and became a big champion. He won titles in Rajadamnern Stadium, even won the Royal Cup two years in a row.

I used fight in Bangkok too, at Rangsit Stadium, but that was as an adult. As a kid, though, I fought all over Isaan. You should've seen what we had to go through to find fights. Keep in mind, this was almost 40 years ago. Back then, we didn't have phones in the villages, and no one in my family had a car, so my friends and I had to ride our bikes around to find fights, or even just walk.

Virtually all the fights were at temple fairs held during festivals paying homage to a spirit or deity. There would be hand-drawn posters advertising it around town, or you'd hear people in the village talking about the event. We would find out about these events ahead of time, sometimes a few weeks before, sometimes just a couple days before, and then we'd train as hard as we could in the time leading up to it. 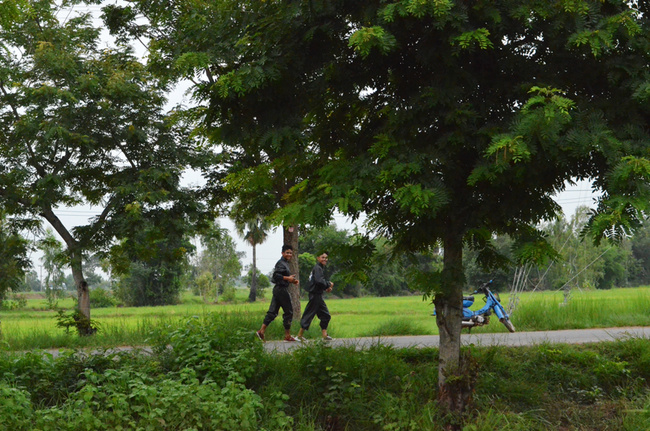 The day before the fight, we would ride our bikes or walk to the temple and just sleep there overnight. It was rough—we would wake up at 4am the next morning, and then go huddle next to each other, praying at the temple to be matched up for a fight that day.

Match-ups were totally unpredictable. They tried to match us somewhat correctly but it was always a crapshoot. All of us kids would line up, and they would take turns weighing us, then writing our weight on our arms. Someone would come by, grab the wrists of a couple kids with the same number written on their arms, and say, "Okay, you two fight." Sometimes there wasn't a scale, so they'd just guess our weight. And if there wasn't anyone your weight, you'd agree to fight someone bigger, because you felt lucky just to get any fight. 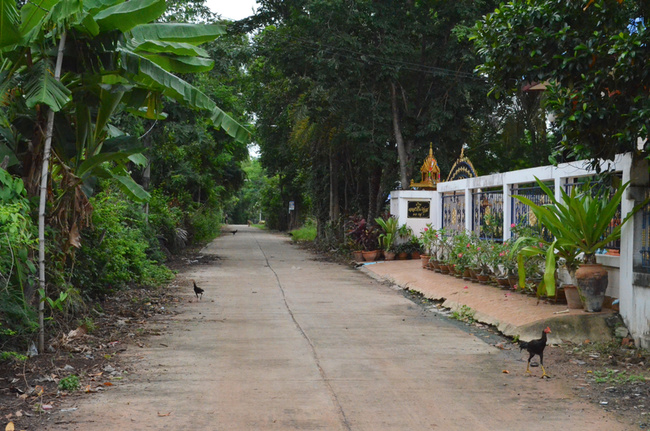 I would stand there looking at my opponent, another kid like me, wondering how many fights he had. He was probably wondering the same thing. You see, each village was fairly isolated back then, and we didn't know the kids from other villages all that well. Since the match-ups were solely based on weight, you'd have no idea if your opponent had just one fight or a hundred. Most of us wouldn't eat anything for a couple days beforehand just so we wouldn't get a heavier opponent. It was our version of cutting weight. Old-school, not fun. 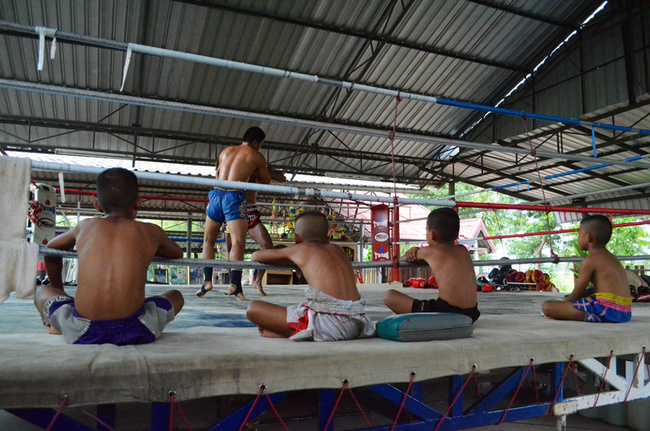 Muay Thai, everything about fighting, training, it's so different now. The 1,000-baht purse young fighters make these days might not be much but at least it's enough to cover the cost of going to the fight. And fights are so easy to find. They're everywhere, and we all have cars, or at least know a friend who does.

My village has changed so much in just my lifetime. People have a cars, phones, you name it. All these modern conveniences like what they have in the cities. People in my village even have email! As for me, I have a car and a phone. I still don't have email, but I know what it is. All my young fighters at the gym play this thing called Facebook in between training. Even my wife has Facebook, and she gets news about the local Muay Thai happenings before I do. I don't really understand all of it, but it's pretty amazing. 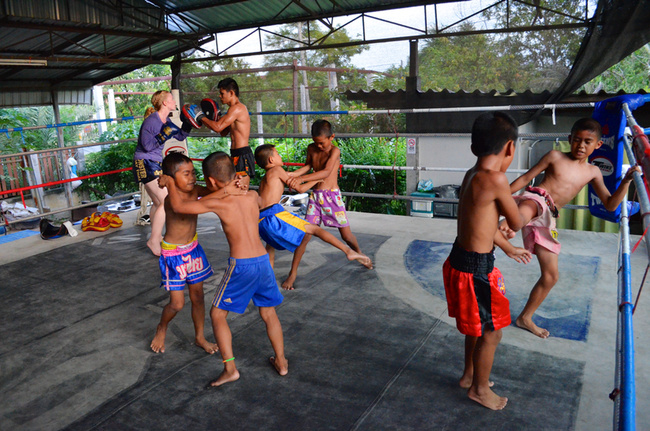 I work with young fighters now, and some of them show a lot of promise. This new generation of fighters, though, can't touch the fighters of the previous generation. It's not because modern fighters aren't talented, but because most of them are not as hard-working. They don't have to be. Back then, it was so much harder to do anything related to Muay Thai. It was harder to find fights, harder to find someone to train you. The ones who fought at high levels were completely focused. No one could afford to half-ass it. Out here, fights were so hard to find that only the most dedicated would end up fighting and earning money. Only the best of the best, the ones with real passion, ever went anywhere.

A lot of the top fighters of my generation followed the same path—we'd train with each other at home, then all the really good kids would get sent away to Buriram City, and the best would go to Bangkok. They'd stay in Bangkok for a while, some making a name for themselves and some fading into obscurity, but they'd come back here eventually. I went to Bangkok, went to college, even worked as a farmer, and here I am, back in an Isaan Muay Thai gym. Even my friend Rotnarong, a major champion, came back here too. We all return eventually.