Inside a Burmese Lethwei Gym 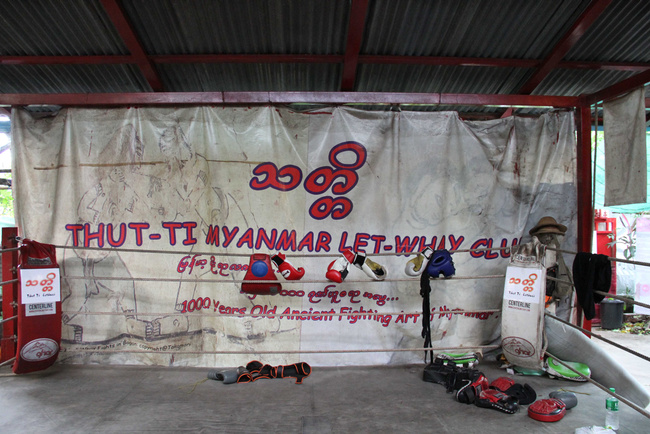 In a tiny gym, situated on a small back alley in the outskirts of Yangon two fighters are going toe to toe. They exchange kicks, punches and knees under the watchful eye of a veteran Burmese trainer who will slap them with a boxing mitt whenever he senses they are starting to slow down.

Both men are wearing shin guards and headgear but there is no quarter asked or given and they appear to be putting everything into their shots. It’s a crude and slightly primitive type of training which reflects the brutal nature of the sport they are preparing to one day compete in.

Lethwei bears a strong resemblance to Muay Thai but while the latter tends to produce fighters with speed and skill the former requires its practitioners to have huge heart, incredible resilience and a never say die attitude. The Burmese version is nowhere near as popular as its Thai equivalent but it is the rules that really separate these two sports. 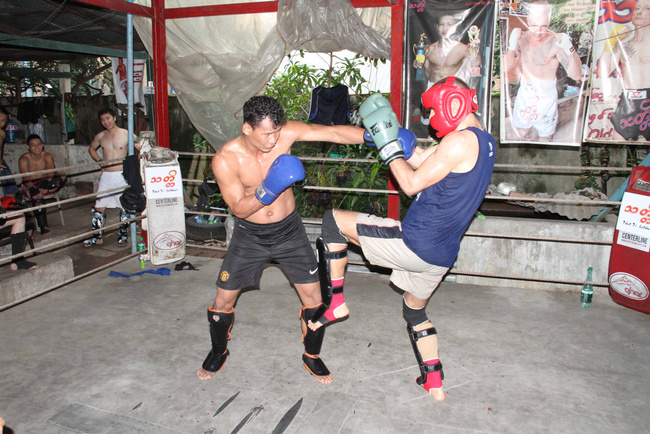 The sparring I witness takes place at the Thut-Ti club in Yangon and after it has finished I head downtown to get my first taste of a Lethwei fight. By the time the fifth and final round comes around it is clear that one fighter is vastly superior to his opponent but despite knocking him down repeatedly he cannot score a KO and the contest finishes in a draw.

Win Zin Oo is a retired fighter and the owner of the Thut-Ti club and he explains the rules of Lethwei as follows,

“You can only win by knockout, there are no judges, although there is a jury which can overrule the referee if they do not think he is refereeing the fight correctly. If neither fighter wins by knockout then the fight is declared a draw”

Gor Mu Doe is the Thut-Ti Club’s top fighter but on the day I came to the gym he was merely a spectator, unable to participate in sparring as he still had stitches above his eye. The previous week he had fought to a draw in a high profile fight in which his opponent had caught him with a well-timed head-butt.

Doe is one of only two full time fighters at the club. The majority of the people participating in the Saturday afternoon sparring are expats. Oo, who speaks fluent English, says he has been training foreigners for several decades, 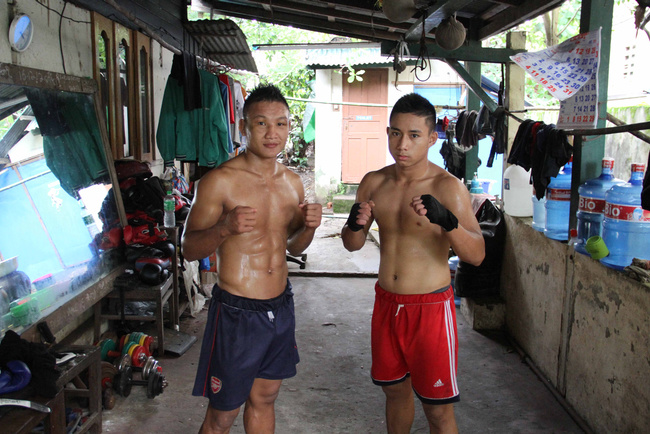 Lethwei might not be well known internationally but it is extremely popular in Myanmar. Fights are five rounds of three minutes each with two-minute intervals. Music is played throughout the contests just like in Muay Thai but gambling is nowhere near as prevalent. Oo says there are at least two shows a month in the country’s capital and some fighters are capable of attracting big crowds,

“There are shows every other weekend, the popularity depends on the level of the fights and who is fighting. If the fighters are all novices there won’t be many people there but in Mandalay when Gor Mu Doe fought there were about 3,000 people watching.”

In boxing there are so many sanctioning bodies that even winning a world title is not the achievement it once was. Thailand has multiple stadiums offering belts of various degrees of prestige to their champions but Oo tells me that this is not the case in Lethwei,

“If you win the gold belt you are the national champion, there is only one champion in each division but there is also an open weight champion who is considered to be the best fighter in Myanmar.”

The current open weight champion is Tun Tun Min who has faced an American Muay Thai fighter called Cyrus Washington twice. The two men share a win apiece and will be meeting for a third time this month in a matchup Oo says is eagerly anticipated in Yangon, 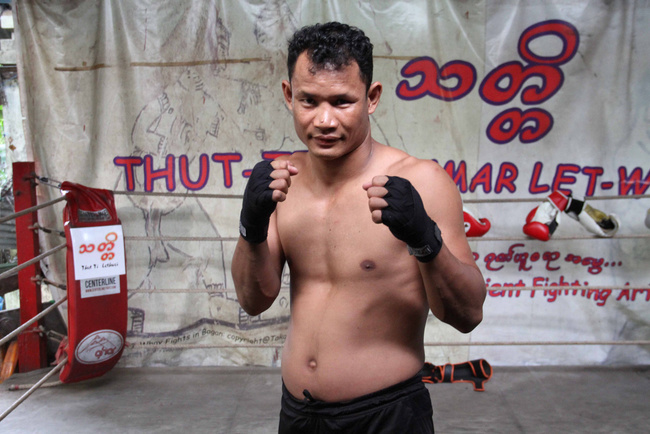 The head trainer at the Thut-Ti Club is Lone Chaw, a famous Lethwei champion who has long since retired. Like many of the fighters in Myanmar he hails from the Kachin State and says he only became a fighter by chance after attending a funeral,

“I started because there was a monk funeral and I saw people were fighting in the ring there and I enjoyed it very much. I had my first fight when I was 20 and I retired when I was 37 after more than 100 fights,. The most I ever got paid for fighting in Myanmar was 2 million Kyat (1720 USD), where I come from in the Kayin State the average daily wage used to be about 100 Kyat (0.86 USD) a day so it was a lot of money for me.” 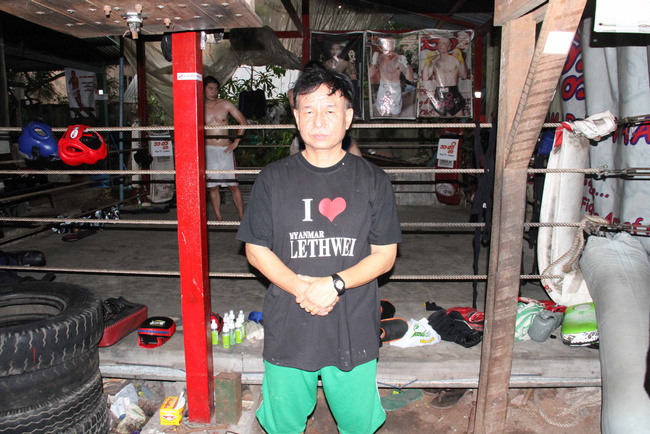 Chaw shows me his hands and they don’t look too bad considering his choice of career. The knuckles seem to be slightly swollen and protruded but he says he has never damaged them and the worst injury he ever sustained while fighting was a cut lip when he was just starting out.

Still, given that both boxing and Muay Thai have evolved from their bare-knuckle days to make gloves mandatory it seems like the sort of logical step which Lethwei might one day make. Oo says this is something that has been under discussion for decades but he does not accept that the sport needs to change,

“There has been pressure on Lethwei going back 30 years to put on gloves but I say ‘why should we?’. I don’t think anyone has ever been killed and you use your elbows and you use your knees and you head-butt without any padding so why not the fists?”

After years of military dictatorship Myanmar is set to hold elections later this year. Repressive legislation is being rolled back, tourists are starting to pour in and the country’s economy is expanding at an unprecedented rate. Whether this process of modernization will affect Lethwei remains to be seen but for the time being it remains the most old fashioned of combat sports.