Inside Chuwattana: A Conversation with the Owner of Bangkok's Hidden Gym 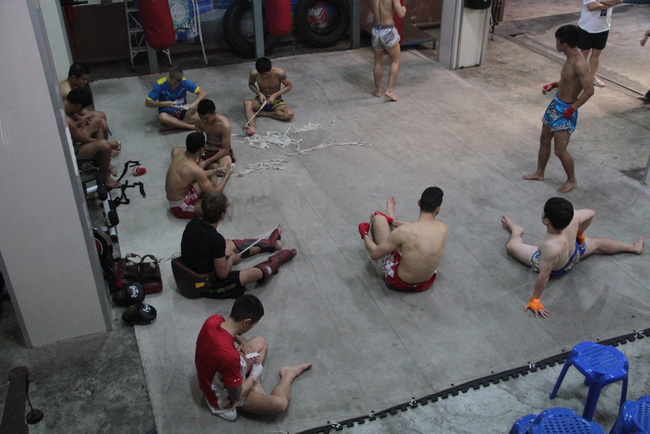 [If you’ve heard of Chuwattana Gym (alternatively spelled Chuwatthana), you might have also heard you’ll never find it, not without pictures and instructions, like a graphic treasure map. It’s hidden away down a nondescript alley in Yaowarat, Bangkok’s Chinatown. Start at the hospital, look for the red lanterns in the alley behind gate 256, and stop when you see the modest-sized Muay Thai posters on the glass doors. If you can’t find it, the motorcycle taxi drivers should know it. Or ask the local residents; they’re well aware of its existence. Every morning and afternoon, the sidewalk vendors and shop owners turn their heads as the Chuwattana fighters run past.

Occasionally, the local folk see an older man, somewhere in his seventies, walking out to monitor the fighters. Sometimes they chat with him, their conversations casual and friendly, but always with a tone of respect for the older gentleman. He is Chucharoen Raweearamwong, the famous promoter and the founder of Chuwattana Gym, and he’s been involved in the Muay Thai industry somewhere around six decades, three times longer than many of his fighters have been alive.]

Fightland: How did you begin your career in Muay Thai?
Chucharoen Raweearamwong: I started as a boxer when I was young, training at a big gym. I always loved boxing, and I got the notion to open my own gym. That was about 40 years ago. Then later, after having my own gym for a while, I became a promoter at Rajadamnern Stadium, been doing that around 30 years. 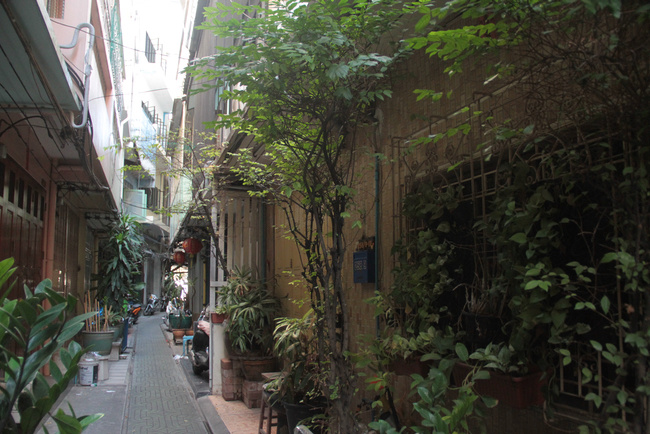 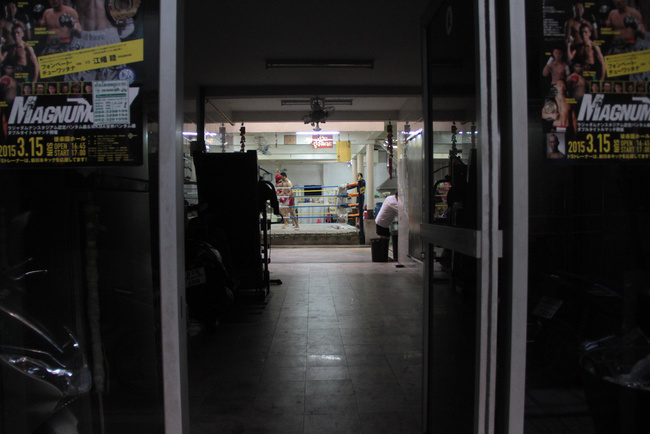 How did your gym come to be located in such a hard-to-find place?
I built it here because my family lived here for so long. Many generations, actually. When I finally had the resources to build a gym, I looked at the land we had, and I thought this place would be suitable.

What is the story behind the name Chuwattana?
Well, my first name is Chucharoen, and one of my best friends is named Watthana Kittinan. He’s a high-ranking police officer. Before I started this gym, I told him I wanted it to have an auspicious name and asked if it was okay to combine my name with his. Actually, I wanted to put his name before mine, but Watthanachu doesn’t sound like a name, so it became Chuwattana. And now, all these years later, that name is known around the world. 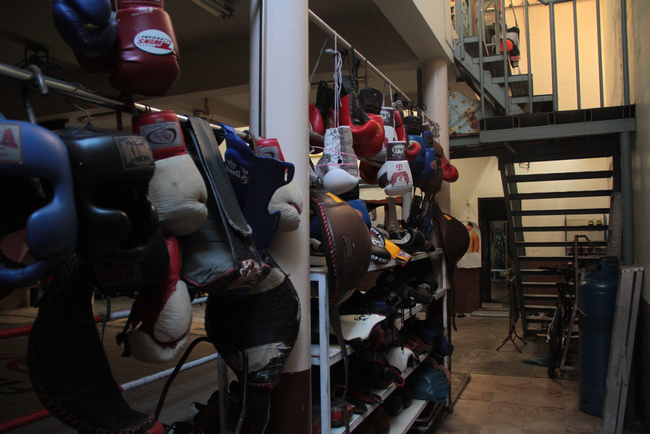 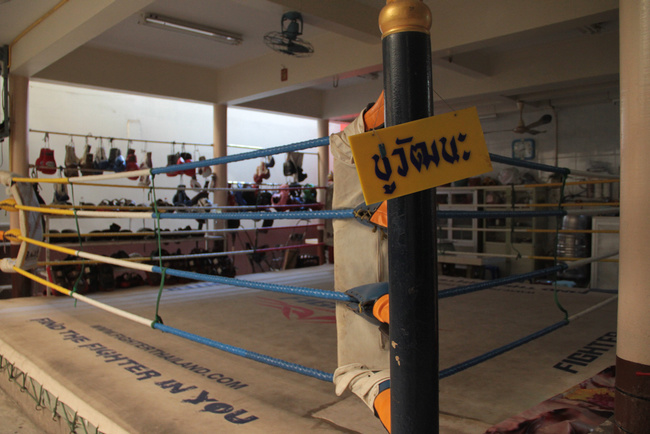 Many of your Thai fighters are big names. How old are your fighters, on average, when they arrive here and you and your team start raising them up?
Some were 12 or 13 when they arrived… Or maybe 14 to 15. It takes many years to turn a young fighter into a respected professional. It’s not easy at all. We train many of them from the very beginning, the first steps. We hire trainers for them, give them a place to stay, feed them well.

But when young fighters first arrive, I need to assess whether they really love boxing, and see if their parents will support them and let them stay with us. If not, if they don’t have what it takes or if their families aren’t behind them, they’d just run away within the first two months of training, anyway.

Are there a lot of runaways?
No, not many. And for those with bad behavior, like stealing, they need to get out anyway.

Does every boxer stay at the gym?
For professional fighters, yes. They must stay here. I’m not on board with them just coming here to train and then going back home everyday. Only amateur boxers are allowed to do so. 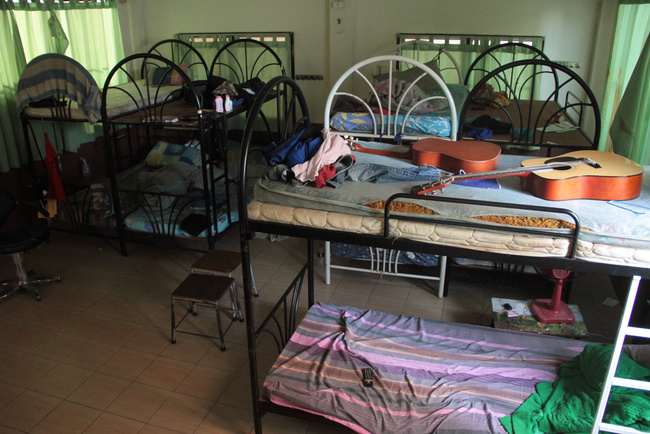 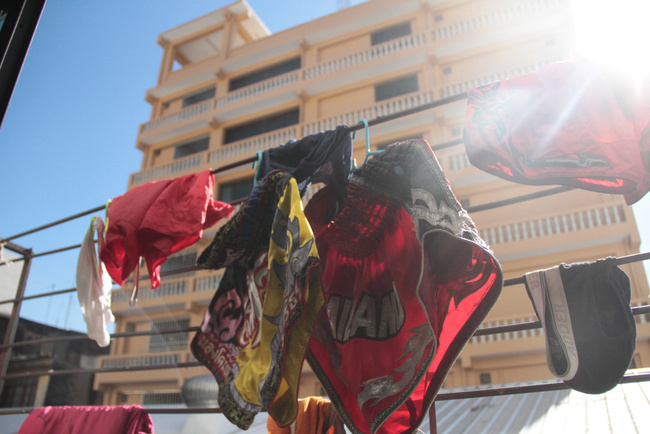 Why does Chuwattana Gym have so few foreigners, as compared to so many other gyms that have even more foreigners than Thais?
My gym doesn’t randomly accept just any foreigner. We need to make sure they are good people. Most foreign boxers staying here are recommended by people I know.

Our boxing gym has rules because our fighters live communally. For example, 10pm is lights out for all the boxers¾Thais and foreigners alike¾who sleep in the same main room. And of course, those boxers keep all their belongings in that room, so if someone wanted to steal something, it would be so easy. Thus, we are careful of whom we allow to live here. I’ve spent 40 years building my gym’s name and I want to preserve it.

You said Thais and foreign fighters live together in the main quarters. What about the language differences? Are there problems in communication?
Fighters here are from many different countries and it’s true that it takes some time for all of them to find ways to communicate with each other. But it gets easier. And we have trainers who’ve lived in Japan so they can speak some Japanese. And for Chinese fighters, my wife can speak Chinese. She’s from a Chinese background.

Do you sponsor foreign fighters?
No. Our gym is not a charity foundation. I don’t think most other gyms would sponsor many foreign fighters either. I think we still need to depend on each other: they look to our gym to provide good training, and we use their money to keep the gym running so they can train here. It’s about business. Normally, gyms charge foreign fighters around 500 to 1,000 baht for a training session. In our gym, we take that money and give part of it to the trainers, and another part goes toward the foreign fighter’s food. Our cook prepares the meals, which cost upwards of 150 baht per meal per fighter. 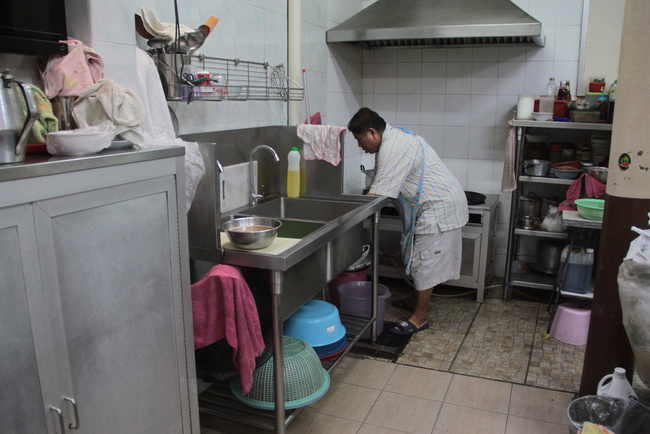 Chuwattana has a reputation for good food.
We take our gym seriously. It’s not only about money and business, but quality. Look, there, at the cook I hired. [He points to a woman handling pots in the corner kitchen area.] We’re professional; we need to take care of everything that has to do with our fighters.

You’ve been running this gym for 40 years. What do you think are important qualities for a gym owner to have?
A gym owner must abide by the rules, and what’s more, should have strong ethics and morality, never take advantage of the fighters. We’ve raised a lot of champions here that way.

What’s the training schedule like?
Our fighters train two or three hours in the morning, and again in the late afternoon. They need to get up before 6am as they’re supposed to be running by 6.

Your training schedule sounds similar to many other Thai gyms. In your opinion, if every fighter puts in the same amount of training time each day, what makes some fighters outstanding while the rest are just average?
All other things being equal, it’s about their ring intelligence, how they manage the situation. Some stupid boxers just raise their guard, waiting to be attacked. 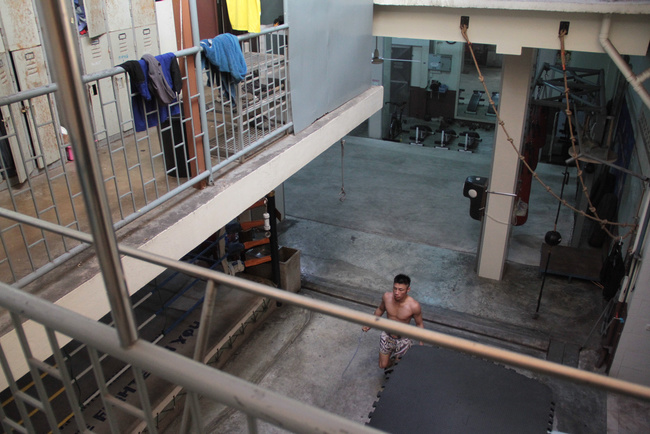 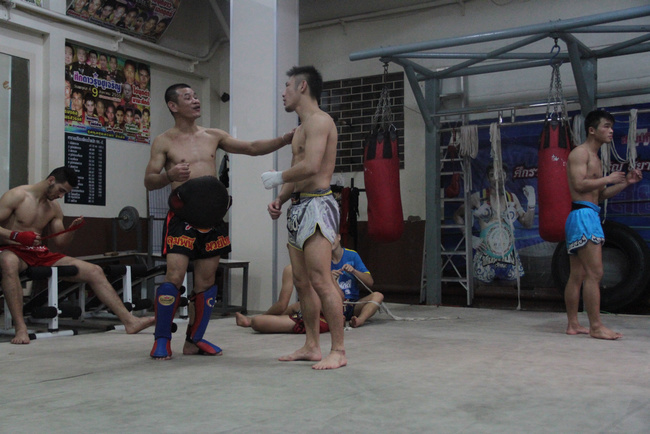 How old are your fighters usually when they retire?
It depends on them, on their health. And their mental state: if they feel they’ve had enough of the fighting lifestyle and are bored of training.

What do your fighters do after retirement?
Some run their own businesses. But those who’ve been fighting in the ring all their lives sometimes find it hard to start their own business, and some of them, not succeeding in their new careers, come back to me. I help them by contacting owners of gyms in countries like China or Japan, setting them up with jobs there. Chinese and Japanese gym owners often ask me if I know any good trainers who want to work there, so I recommend some of my retired fighters. 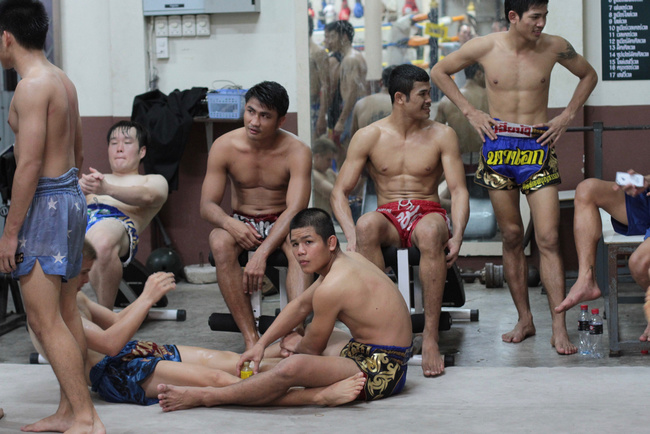 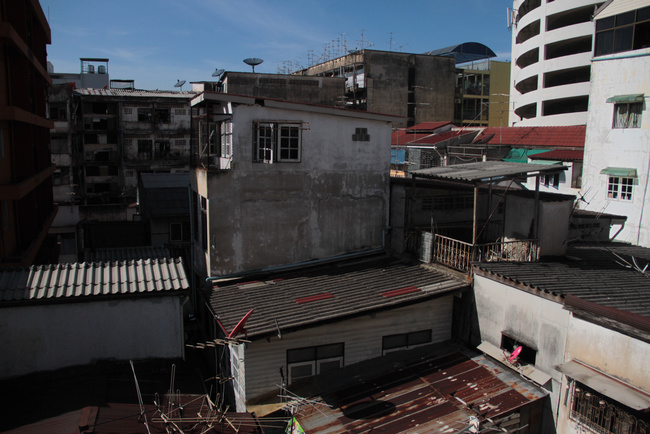 Chuwattana’s name is highly respected, and you have a whole slew of good fighters-turned-trainers. Have you ever thought of opening other locations or otherwise expanding the business?
Thought about it, yes. I was once asked to open a gym in Pattaya. But I declined; already have my hands full running my own gym here. I’m getting old. If I wanted to expand my business, I would need to be sure I could take care of it. Which reminds me of this one friend I have, a rich friend. He’s the owner of the restaurant Honmono Sushi.

You mean Chef Boontham?
Yeah, that’s the one. He likes boxing. He wanted a boxing gym, so he asked me all about the business, like how to run a gym, how to get your fighters on-air, etc. He even bought land in Lat Krabang. But I told him to forget the gym and go back to focusing on his restaurant business, which was going very well. I said that for him, it would be a waste of time and money to start working in Muay Thai industry. To grow a gym, you must dedicate so much time, so much of yourself. And it happens slowly.

Same with being a promoter. If you want to promote a good fight, you need to know good fighters. And it’s not like you can just buy them if you’re rich. That’s not how it works. You can’t just ask any fighter to go fight. They have pride; they have autonomy. They can choose for themselves whether they want to fight in your promotion. Promoters have their own fighters they work with, and if you’re a new promoter, you’ll have to ask other promoters for their fighters.

You’ve spent years building a name in Muay Thai. Whom do you foresee taking over your Muay Thai business after your generation?
No one.

Not even your son?
No. My son’s not like me. He doesn’t like boxing the way I do. He loves watching it, not making it. At this point, I’m running the gym largely for self-fulfillment. I’m over 70 now, but it would bore me to death to have to stay home all day, doing nothing.

An American in Thailand: Chuwattana