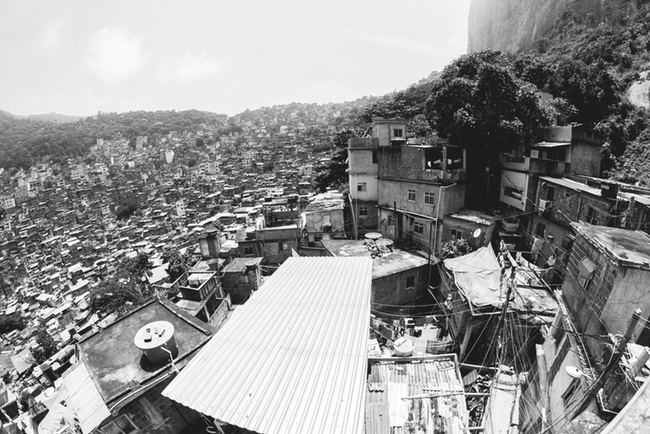 Flávio Vianna de Ulhôa Canto (born April 16, 1975 in Oxford, England) is a Brazilian judoka and Brazilian jiu jitsu black belt, who won the bronze medal in the half middleweight (– 81 kg) division at the 2004 Summer Olympics in Athens, Greece and three medals in a row at the Pan American Games: 1995, 1999 and 2003. He left the Brazilian national team and a successful career to take on a new challenge, a cause that interested him much more than a new Olympic medal.

"In life we always seek for an activity that makes you complete. Until then my life was all about judo and the Olympic dream. When the Instituto Reação came into my life I found a new way, which made me feel accomplished. This social project prepared me to leave the competition behind. In my last years as an athlete I no longer felt so motivating to have results and winning medals. I knew within me was born a desire to do more important and relevant things," said Flávio during our interview in one of the classrooms of the Instituto Reação facilities at Rocinha, Rio de Janeiro.

Created by Flávio in 2003, Instituto Reação is a non-governmental organization that promotes human development and social inclusion through sports and education, promoting judo from the sport initiation to a level of high performance. The proposal is to use the sport as an educational tool and a social transformation, forming black belts on and off the mat.

Travel through the allys of favela da Rocinha.

The organization serves about a thousand children and teenagers from the age of four. There are five units in Rio de Janeiro, all in poor communities (so-called favelas): Rocinha, Cidade de Deus, Tubiacanga, Pequena Cruzada and Deodoro.

"When this project started I began to live the reality of the slums and that shocked me a lot. I realized that there were generations getting lost to violence, in the drug dealing war. It was common to see young boys of all ages carrying weapons very close to our academy here in Rocinha. I still wasn't sure if my intention of bringing sport and education (literacy) closer to these kids could work," he explains.

Unfortunately, it was a sad episode that proved he was on the right track. Two young students went to a "baile funk" (local music party) in another favela and on the way they passed by a zone dominated by a rival criminal gang from the one that controls drug dealing in Rocinha (the favela where the two lived). They were identified, tortured and shot. One of them, Diogo, was shot a few times but survived and continues taking classes. The other, Vinicius, was murdered.

"I went to the funeral and one of our students put an Instituto Reação shirt over the coffin. This gesture showed me the importance that our work was having and the meaning of it, in the lives of these needy people. From that day on I stopped having doubts if the sport was that powerful, and if our socialization and education project could really make a difference."

This year, the institute drew the attention of the martial arts world for another reason: Ronda Rousey. Flávio is one of Rousey's biggest idols from her judo days.

Pause, let me explain : Flávio Canto was probably one of the most interesting Judo athletes to watch and was known for using BJJ techniques and submissions into Judo (called Ne-Waza techniques). He also has a choke name after him: the "Flavio Canto choke" which is very illusive and can be executed from the guard position or side control. The following video is a highlight of his best fights. If you see the video will understand why Ronda is a big fan of his style. Note that at 1:28 he is fighting US Judo Olympian and BJJ Black Belt, Travis Stevens.

She visited the institute and decided to help him.

"That was a huge surprise," said Flávio, who received a $30,000 donation from the UFC bantamweight champion on March 21. "She got up and came back with a big check," he continued. "She auctioned the gloves she used on her last fight and said she had promised to give all the money to Reação. I started to sweat. I didn't know what to say, how to thank her. It was a big surprise. I was emotional."

The project also has a high-performance training program that has already paid off. Born and raised in the community of Cidade de Deus, Rafaela Silva entered Flávio's classes at eight-years-old because their parents sought an alternative that could get her out of the street fights. At 20, he competed in her first Olympic Games and at 21, won the gold medal in the World Senior Championship, the first in the history of Brazilian women's judo. Her main goal now is the 2016 Olympic Games (in Rio), besides the intense training, Rafaela is studying psychology in College.

"I started at the beginning of the project. In Judo, I found discipline, I started to respect others and began to take the sport seriously. Judo showed me the world. With the resources I gain, I can help my family pay the bills," she explained.

Examples like this are ensuring a bright future for the project. Flavio Canto was a champion, respected by all, but came from a very distant background. He was raised in the rich zone of Rio de Janeiro, with all the support from a privileged family. Rafaela Silva and so many other champions the program is forming are a much more tangible reality, a much closer case of success for all their students to look for.

"Today I know that Instituto Reação gives a sense of belonging to all of those children. I'm immensely proud of all that we have achieved. I use to say that we want to help build black belts in life. People with integrity and with a good sense of citizenship. But I'm sure that our most important job is to have managed to avoid hundreds of tragic stories that could have happened to these young people and these communities, if we were not around to show them that there is another alternative, a better way to live," concludes Canto.

Despite Tense Airs, Ronda Still in Touch with Judo Community