Inside the Pressure Cooker: Rin Nakai on Her Historic Fight 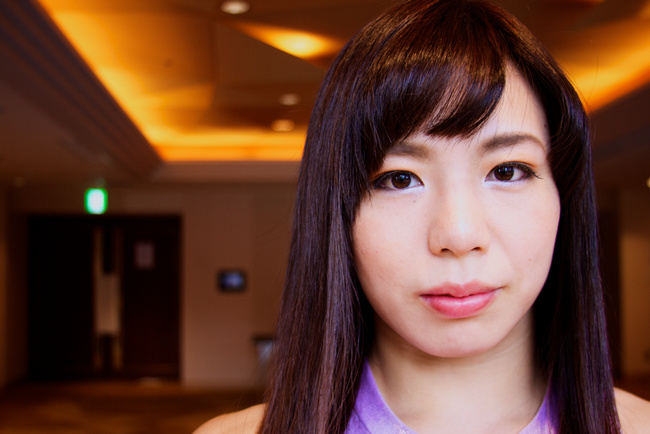 It’s not easy to pry Rin Nakai away from her coach, former Shooto fighter Fumio Usami, whom Rin calls Kancho; wherever she goes, he goes. They met when she was 19, when, according to Nakai, he casually suggested she train MMA. Rin defers to her coach in pretty much all matters, and if she shows a sign of the creativity that led her to wear a prom dress to her first UFC press conference, Usami usually interjects.

Yet despite his controlling ways—or perhaps because of them—Rin has tore through every woman she has faced in Japan, created an infamous, highly successful line of promotional videos, and packed a whole lotta swole onto her 5’1 frame. Just like Japanese society requires the constant pressure of formality and hierarchy to fuel its creativity, Rin seems to need the stifling, driving hand of her coach to squeeze every little drop out of her four-a-day workouts.

The pressure doesn’t end with her coach. Nakai represents a sport that has fallen on hard times in Japan, a country with economic problems that goes back decades, and a society that has endured everything but true to life Godzilla in the past few years. For Western fighters, these concerns don’t really resonate. Nelson and Hunt aren’t fighting for MMA’s life, nor do they draw inspiration necessarily from their nations. But Nakai does. 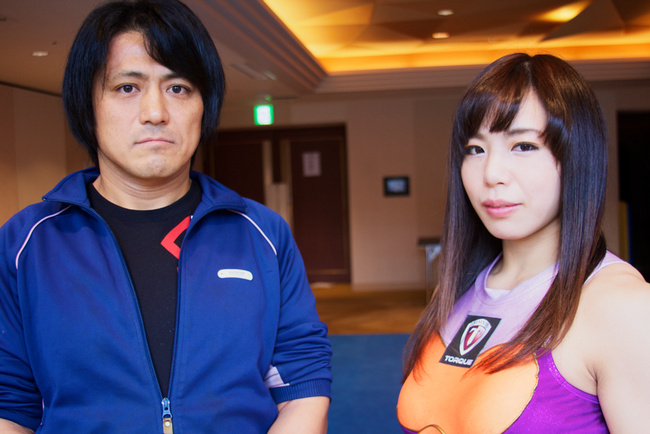 This is actually a historic fight. The first Japanese woman in the UFC, the first widely televised WMMA bout in Japanese history, and the bout that could, perhaps, revive a sagging industry that once ruled the fight world.

“I have to win for Japanese MMA and also for Japanese female fighters,” she said through a series of interpreters (Roxanne Modaferri, her manager Fumihiko Ishii, and of course Kancho the coach). “The sport is declining and some of that is due to the economy, so my fight is extremely important. I have to win this fight.”

Even after years of putting on some of the best fights the world has ever seen, Japanese fighters are, for the most part, unknown. Only hard core fans can name the legends, at least one of which is on this card (Gomi), but outside of that the Japanese, and the entire Asian MMA scene for that matter, is a scene the average fan in the West doesn’t really care about. Nakai is the first fighter that has captured the Western imagination in a powerful way, and most of that is through the visceral marketing campaign attributed to the Pancrase paymasters and her coach. But the truth is that it was Nakai herself who came up with the content. It’s important to understand that, both in terms of who she is as a woman, and what she is capable of inside and outside of the octagon.

She asked Dana White if she could wear the prom dress. She decided a schoolgirl uniform was the right move for her face-off with Miesha. It seems implausible, especially given the influence her coach has over her, and the general idea we have of Japanese women to begin with, but when the question came up of who the creative force behind her PR campaign, Nakai asserted herself. She interrupted her coach and said unequivocally, “The ideas were mine.” 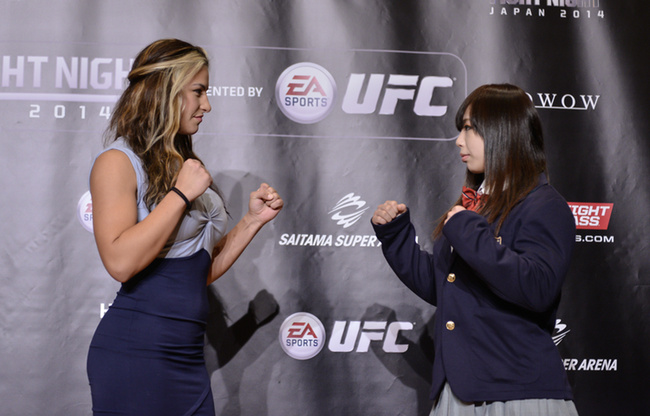 When Nakai sits listening to her coach talk about her Judo background, or explain away the Youtube videos as salary work for the Pancrase man, she’ll look up and every so often fix someone with a quiet stare that is anything but demure. If you see her train, she’s a force. When she strips down for a photo and flexes biceps that seem incredibly incongruent on a girl with a powdered face, pink blush, and perfectly placed awkward bangs, it’s striking.

“You don’t get to be 16-0 for nothing,” said Miesha about her opponent. “Everyone has matches where they did something wrong, maybe made a mistake, and ended up losing. But to go sixteen matches without a loss, in any promotion, is very difficult.”

All women who fight have their sexuality, or lack of it, brought to the fore of the conversation. Nakai’s sexuality is something so removed from the Western idea that it’s taken up too much space in the conversation. People are forgetting that Nakai can drop anyone on their head in a heartbeat, and it’s not outside the realm of possibility that the girl who seems so exploited to our eyes is actually in full control of the situation, completely aware of what she has to do and how she is going to do it, and could very well succeed.

"I do consider myself different from other Japanese ladies, but that's fine," Nakai said. "I am doing this for myself, and for MMA and the UFC in Japan. I want to contribute to society, and this is my way of doing that."

Miesha Tate and Rin Nakai: Road to the Future

Rin Nakai Is the UFC’s Latest and Most Exciting Fighter