Inside the Psychology of Jake Ellenberger 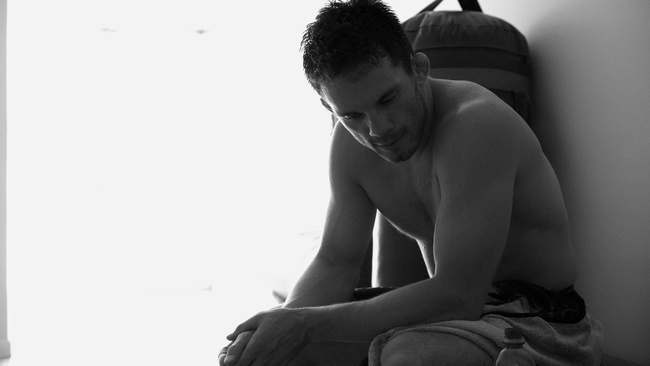 Who is the most important person in your life? Now imagine their fate hanging in the balance of your next fight. If you win, they live. If you lose, they don’t. Could you finish your opponent if presented with such a scenario?

For UFC welterweight Jake Ellenberger, 29, who is set to face Robbie Lawler at UFC 173, the answer was a decisive “without a question, absolutely,” when prompted with this exact question by renowned sports psychologist Ken Baum.

Now, what if you have a full 12-week camp to prepare for a matchup that would determine your brother’s life? Would it change the way you train?

Again, Ellenberger’s response was conclusive. “Absolutely; you start to not care about other things, distractions all go out the window … that's kind of what changed my mindset.”

And while Ellenberger’s twin brother Joe, who is signed to the UFC as a lightweight, does suffer from Paroxysmal Nocturnal Hemoglobinuria (PNH), a rare life-threatening blood disease, no last rights will be read inside the Octagon on account of Jake’s upcoming scrap with Lawler.

Rather, the hypothetical situation is just one of many psychological and visualization techniques Ellenberger has been using with Baum, author of The Mental Edge, during his current training camp.

“Ken's been a huge asset to me. There's a lot of value to this… a lot of people in this sport don't take advantage of [the] mental side of training,” states Ellenberger after a sparring session at the Glendale Fighting Club. “I feel like I've visualized this fight more times than I've physically trained.”

The addition of Baum to Ellenberger’s staff is just one of many changes the top-five welterweight has made to his training regiment following his most recent outing, a lackluster unanimous decision loss to Rory MacDonald in July 2013, where his skills were neutralized and nullified.

Despite claiming to have the psychological edge in his fight with MacDonald, Ellenberger froze inside the Octagon that night, unable to impose his dominant wrestling game or land any of his signature heavy punches. The loss would significantly distance Ellenberger from his immediate title aspirations, prompting a seismic shift in his entire routine. 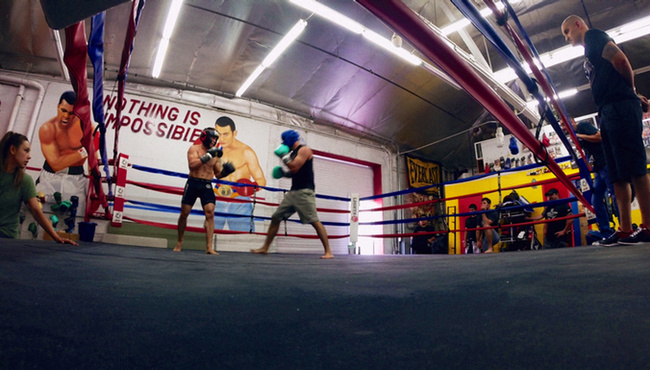 Enter Baum, a man who has been teaching mental training techniques to Olympic champions and professional athletes since 1983, using his “perception stretchers” to allow athletes to maximize optimum performance.

“It's not one size fits all sports psychology,” offers Baum. “I find out what an athlete thinks, how they process information … [Jake's] responded very well, and we've watched his focus improve tremendously during all types of training.”

The implementation of Baum’s pop psychology into Ellenberger’s already-rigorous MMA routine seems like a natural fit, a program tailored to fit a mixed martial artist who is required to withstand the demands of performing alone inside the Octagon.

And while some athletes may balk at any suggestion of improving mental toughness, the pressures faced by top-echelon fighters like Ellenberger have eaten away at some of the sport’s very best, namely former welterweight champion Georges St-Pierre, who cited exhaustion as a leading factor in his decision to walk away from the UFC.

However, with his new-found mental-fortitude, Ellenberger has rejuvenated his passion for competing, transforming and blossoming into the fighter he has always aspired to be.

“I know what it takes to get to the top. I've been so close to the top for quite a while, so… I know I can beat anybody in my weight class,” comments Ellenberger. “I do everything in my power to get myself to a hundred percent, so I can perform to my potential. I know if I can do that, that's all I can ask for.”

Spoken like a passage straight from Baum’s The Mental Edge, Ellenberger’s drive and focus remain on improving his own skills and abilities, rather than outside influence. And in addition to this sub-conscious verbal conditioning, Ellenberger has also found physical benefits through Baum’s techniques, which emphasize that “if you do what you’ve always done, you’ll get what you’ve always gotten.” 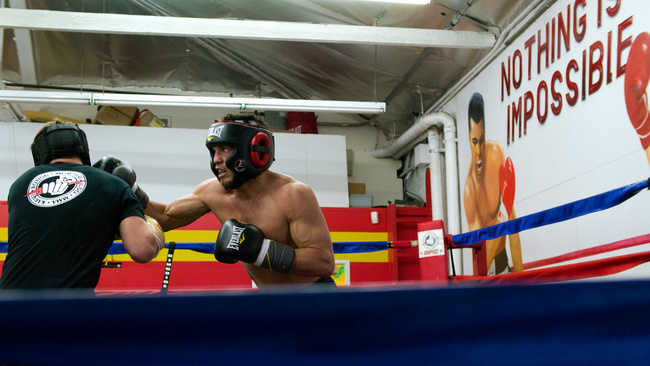 Coming off of his loss to MacDonald, Ellenberger made the bold decision to leave longtime head coach Rafael Cordeiro of King’s MMA in search of a new beginning.

Ellenberger’s quest for a fresh start took him 40 miles north of King’s MMA to the Glendale Fighting Club, home of acclaimed boxer and trainer Edmond Tarverdyan.

“Edmond's been a guy that I've known for a little while … and really the more I talk to him and kind of discuss strategy a little bit, the more I realize how talented he is and how good he is with strategy,” adds Ellenberger. “It was really natural, really organic, somebody I could really click with. So I decided to come over to him and spend more time up here. It has been great because I can really focus on the specific skills, sharpening certain things, and he's got such a wealth of knowledge when it comes to combat sports.”

Tarverdyan has also provided a welcome stability to Ellenberger’s regiment during the change of camp, helping the welterweight prepare for his first bout after an extended hiatus as a result of a hamstring injury.

“Ten months is a layoff but there’s a way to substitute that to get him prepared so he won’t fear. He won’t have that doubt in him that the layoff might do,” states Tarverdyan. “He’s been sparring a lot of rounds in the gym – heavy sparring, boxing style, these guys come so they can really beat Jake… I believe he will knock people out easier than he has been [previously].”

The move to Glendale may ultimately prove to be the very thing Ellenberger needed after competing in some 36 professional fights over the last nine years.

A change in scenery also happens to fit in perfectly with Baum’s theory, that states, “you might decide to look for a new coach, or even take a break to help avoid burnout.”

“I don't feel like I've had a long layoff,” offers Ellenberger. “Training leading up to this fight has probably been the most consistent and most structured training I've had leading up to a fight. So having a little bit of a break is a good thing, kind of reset, refresh.”

It’s rare to find athletes taking such stock in the benefits of psychology, and even rarer that they are so up front about their adherence to mind strengthening techniques. But for Jake Ellenberger, a man who is intent on one day hoisting the UFC title, the implementation of Baum’s mental edge has become a requisite for success because, as Baum states,“if you want to have something you’ve never had, you must be something you’ve never been. And so that’s what we’re doing with Jake.” 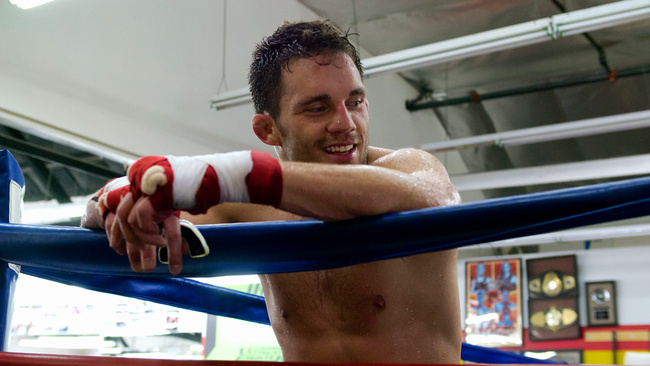