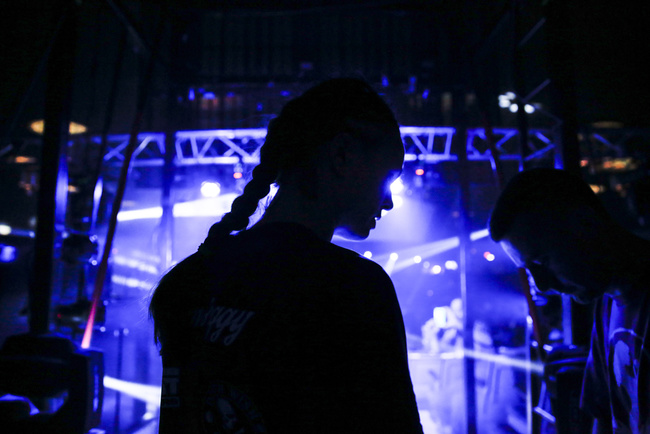 When TUF 18 alumna Peggy “The Daywalker” Morgan wants a fight in Invicta FC, she doesn’t simply ask for it. Nor does she engage in any of run-of-the-mill, Chael Sonnen-esque trash talking. The former literature professor who traded tomes for tatamis turns to something far more terrifying and effective: she harnesses the internet’s undying love for cats and sends a plethora of feline-themed photos to her bosses until they give in.

This technique first proved successful in the weeks leading up to Invicta 10, when Morgan, who made the move up to the Featherweight division after a loss to the almost unstoppable Bantamweight Irene Aldana at Invicta 8, used it to land a fight against Andria Wawro. She went on to defeat Wawro by unanimous decision.

Looking to capitalize on that victory at Invicta 12, which goes down on April 24 in Kansas City and airs live on UFC Fight Pass, Morgan again turned to the cats of the internet. Now she’s earned herself a fight against Latoya “Black Mamba” Walker, an exciting new striker with a 4-0 record.

We caught up with Morgan to talk about cats. We also asked her about Walker, Invicta Featherweight champ Cyborg, writing, and her post-MMA career.

You campaigned pretty actively to be a part of Invicta 12. How did cats help you get this fight?
I did this for the last fight, too. I started by Cat-A-Day campaign for Invicta 10 and I learned that, if you tweet cat pictures enough, people will give you your way just to get you to stop tweeting cat pictures.

Actually, I just really like cats. Two of my best friends have started doing pro wrestling, they’re also pro MMA fighters, and they say I should join in and my gimmick will be The Crazy Cat Lady. I’ll go out and throw cats at everyone.

So I started just tweeting cat pictures every day at [Invicta matchmaker] Julie Kedzie and [Invicta President] Shannon Knapp and encouraging other people to do likewise until they put me on the card. 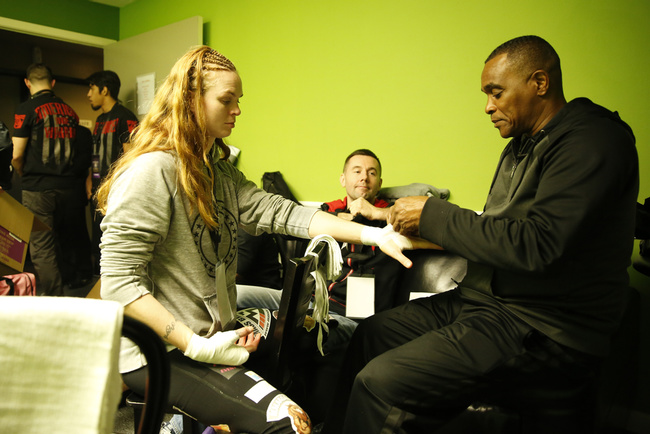 Hasn’t Kedzie confessed that she doesn’t actually mind cat photos that much? How effective is this technique, really?
She did text me and tell me... I said something like “I’ve learned from this that if you want anything, you just tweet enough cat pictures.” And she’s like “You bastard! Now they’re gonna tweet cat pictures at me!”

So I’m not sure she wants thousands of cat pictures a day. It gets old after a while. Even I get tired of tweeting the cat pictures, honestly. When I started it the second time, I was on day five and I was like “Why did I do this? I’m so sick of tweeting cat pictures already.”

Somebody sends me a cat! For some reason, I’m having a hard time finding a pet kitten. I just really want an orange kitten. I was hoping one would just show up in the mail, or something. Humanely shipped to me.

Beyond cat tweets and seeking cat sponsorship opportunities, how are you preparing for this fight?
I’ve made a lot of changes. I started working with a boxing coach a week before Andria and I’ve been working with him regularly, so I feel like my striking made huge gains. I’ve moved from New Hampshire to Rhode Island, so I’m still mostly at the same jiu jitsu school that I was at before, but I’m also training at a purely MMA school. I think it’s helped me a lot, because I’ve been doing a lot more no gi and a lot more striking and a lot more wrestling and just working with more fighters. Before there were, like, two fighters in the gym and, other than that, it was just jiu jitsu. So it’s really helped me to be around more fighters and more fighters my size. I feel like I’m much different than I was before.

Latoya Walker has said that she does not expect your fight to go the distance. Either she’ll knock you out or you will knock her out. Do you agree with that assessment?
I think they’re overlooking my jiu jitsu. Which is understandable. I haven’t used my jiu jitsu much. I think I’m dangerous pretty much everywhere: on my feet, on the ground, everywhere. So yeah, I agree. There’s probably going to be an early stoppage and I think I’m going to be the one stopping her, but it looks to be an exciting fight.

Both of you are 35 and still relatively new to the sport at a time where MMA seems to be evolving into a younger woman’s game. Is that something you think about at all?
I think about how I only have a few years left in the sport and I just want to make my run right now. I don’t want to be doing this when I’m 40, obviously. There’s a couple more good years and then hang it up. So yeah, it is something I consider, but I don’t really think it’s catching up with me at all. I still feel good.

This fight could have title implications. Is that something that’s on your mind?
A little, but honestly, I’d like to win this one and at least one more after that before going after the title. I feel like I have some building to do before I step up for a title.

If or when you think about a Featherweight title shot, do you think about facing Cyborg?
Yeah, I do. When I first started training, one of my best friends, Chuck O’Neil, he’s pretty much my main training partner at this point, said “You will not fight Cyborg. If you want to fight Cyborg, you’re gonna have to fight me first.” So now it’s turning into something more realistically that could happen. Our coach is like “If that happens, let’s not shut that down. I think it is a fight that you could win, you’d just have to be really, really smart about it.” So it is something that we talk about.

Have you given any thought to what you want to do after MMA? Do you think about going back to academia at all?
I honestly want to go into writing. It’s a lot like fighting where it’s difficult to make a living doing it, but I think i could do it. It’s something that I’d like to go into.

I feel like there’s also similar amounts of psychological torture and preparation involved in both careers.
Yeah, there really is. I’m a very tortured writer.

What kind of writing are you interested in going into?
Actually I don’t know. I honestly want to be a novelist. I’ve always been an avid reader and I’ve always written on and off, but never seriously. For me, it’s kind of  a similar thing to fighting where my biggest hang-up in fighting is not believing in myself. I feel like I am a much better fighter than I show because I do a lot of doubting my abilities, which I’m really trying to overcome for this fight. I feel like writing is the same thing, where I think I am a very strong writer, but then I start writing and I’m like “Oh this is crap. I don’t know where I’m going with this. What am I doing? This is stupid.”  So I see a lot of similarities there with just trusting myself and trusting my instincts.

Do you think you would ever write about fighting or about your career as a fighter?
Probably. I think I would consider doing something at least semi-autobiographical because I’ve had some very interesting experiences in fighting, and the path that my life has taken leading to the fighting and with the fighting and it all ties together in interesting ways and I think it could be an interesting story.