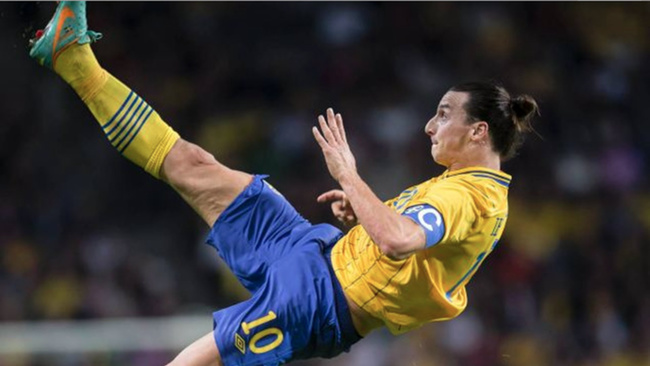 Zlatan Ibrahimovic has been one of the most successful soccer players of the last decade. He’s won league titles with six different teams in four different countries and scored 340 club goals at the time of writing, as well as 56 for his country. The Swedish striker is also a Taekwondo black belt and many believe it is his martial arts background which allows him to score spectacular goals with such remarkable consistency.

During a career that has seen him represent Ajax, Juventus, Inter Milan, AC Milan, Barcelona and PSG Ibrahimovic has scored all sorts of goals. However his signature move is the sort of wonder strike that seems straight out of the Shaolin Soccer movie, examples include the infamous the bicycle kick for Sweden against England or the Kung Fu style volley for PSG against Monaco.

Ibrahimovic grew up in the Swedish city of Malmo and reportedly earned a black belt in Taekwondo at the age of 17. The only footage I could find of him hitting pads or sparring was uploaded to YouTube in 2010 and he looks a little out of practice, to put it kindly. While you could question the striker’s credentials as a martial artist but there is credence to the theory that it has helped him develop something of a unique skillset on the soccer pitch.

Taekwondo places a lot of emphasis on kicks and practitioners are typically encouraged to deliver them to the head or upper body. To effectively throw an axe kick, side kick or conventional roundhouse kick towards a high target requires tremendous flexibility and agility. Ibrahimovic has both in abundance which is highly unusual for a soccer player of his size.

Let’s look at the bicycle kick against England which is Ibrahimovic’s most famous goal, possibly because it came at the expense of the nation with the most hyperactive media in all of soccer. Taekwondo definitely doesn’t give you the audacity to try such an ambitious strike, or the awareness to find the goal from 30 yards with your back turned.

But what stands out most from watching the slow motion replay of that wonder strike is the height at which Ibrahimovic’s boot makes contact with the ball. His foot actually seems to reach higher than his head, no mean feet when you stand 6’5” tall, and the Swede’s leg is practically perpendicular to the ground at the moment of contact.

After the goal, which secured Sweden a 4-2 victory in a friendly game against England, much was made of Ibrahimovic’s background in Taekwondo. Even the player himself probably couldn’t accurately assess the causality between his early martial arts experience and his development into a scorer of spectacular goals at the highest level. But the unconventional kicking techniques he sometimes employs in soccer do seem remarkably similar to certain strikes from Taekwondo. 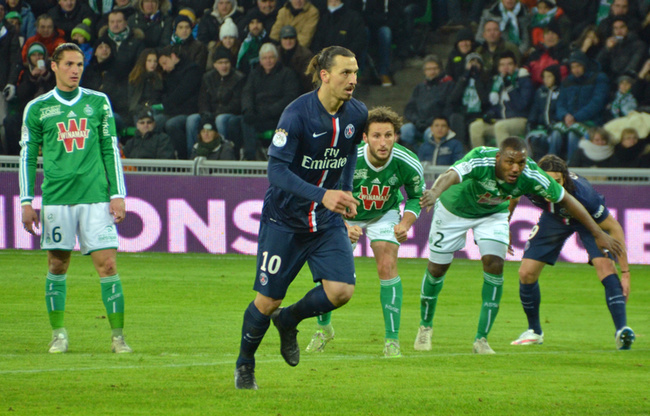 The goal against Monaco is another example of the synergy between Ibrahimovic’s soccer skills and Taekwondo. It’s been labelled as a Kung Fu move but the technique could better be described as a flying side kick. Ninety nine per cent of strikers would have attempted to head the ball in this situation but Ibrahimovic decided to take a much more ambitious approach with spectacular results.

If Ibrahimovic only scored these sort of goals every now and again it would be easy to write off the causal connection between his black belt and his soccer tricks. But he does it all the time. There’s this backheel volley which is reminiscent of a jumping back kick, and then there’s an incredible flick in training which simply needs to be seen to be believed.

In total Ibrahimovic has generated over $203.961 USD in transfer fees over the course of his career, more than any other soccer player. Studying Taekwondo alone won’t automatically give you the sort of skillset required to succeed in arguably the most competitive sport on the planet. But anyone wanting to emulate the Swedish striker by adding unconventional elements to their game could benefit from a spell studying martial arts.