Is the UFC Finally, At Last, Dear God, Coming to New York? 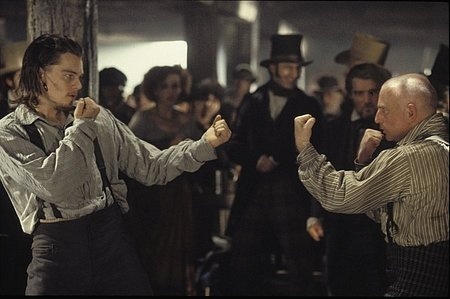 When it comes to the legalization of their sport of choice, New York MMA fans are like the kids of alcoholic parents: They’re used to broken promises and irrational decisions, but they just can’t bring themselves to abandon all hope. This is the year, they say, this is the year Dad finally takes us to the zoo.

Over and over they’ve been told by lawmakers in Albany that the state will finally legally sanction MMA bouts, bringing New York up to speed with just about every other state in the union. And at least three times -- through lengthy bargaining, speeches, and even one Karate Kid-themed demonstration on the steps of the State Capitol – they’ve watched bills wither and die.

But maybe 2013 is the year everything changes, the year that the New York finally sobers up. At least one state assemblyman thinks so.

“There are two main reasons why I believe MMA has a very good chance of being legalized this year,” Republican John Ceretto wrote to Fightland recently. “First, several of the bill’s most vocal opponents have retired from the Assembly. Second, both lawmakers and the public are better informed about the sport, which has changed dramatically since it first aired on pay-per-view in the mid 1990s into one of the premiere sporting events worldwide.”

When Ceretto talks about the main opponents to MMA legalization being gone from the State Assembly he’s referring to recently retired Assemblyman Bob Reilly, who once remarked to The New York Times that he’d be fine with MMA “If the rules were changed and the violence were taken out.” (This is the same Bob Reilly, by the way, who once did an impression of a person with cerebral palsy during a debate.)

But even with Reilly gone, Ceretto says the state has a lot of work left to do to get a law he recently proposed lifting the ban on MMA passed. State legislators tend to move slowly when it comes to changing laws they've already enacted, and the mid-90s ban on MMA would likely be no different.

But now it appears those laws might be able to be worked around.

On Thursday, the New York Attorney General’s office admitted in court that the law on the books banning MMA doesn’t apply to amateur events. Under that reading of the statute, a pre-approved third-party sanctioning body could oversee MMA in New York. According to reporter (and former Fightland writer) JIm Genia, “The admission of the latter prompted the counsel representing (UFC parent company) Zuffa's interests to say that if that were truly the case, then there'd be no further need to pursue the lawsuit – which in turn prompted the presiding Judge Kimba Wood of the U.S District Court of the Southern District of New York to push both sides to immediately settle.

"Notwithstanding whether a settlement is reached, the door is now open for Zuffa – or any other MMA promotion – to circumvent the ban by utilizing one of the pre-approved sanctioning bodies enumerated in the statute.”

Whatever happens -- a new law or creative circumvention of the old one -- Ceretto believes its way past time for New York to start making money off the fastest-growing sport in the world, a sport that's been thriving in the state even without the blessing of its lawmakers. “As the Ranker of the Assembly’s Tourism Committee, I have taken a keen interest in legalizing MMA, as I believe live events will provide a major boost to the state’s and region’s tourism industry,” he says. Ceretto estimates that sanctioned MMA would bring in at least $5.2 million a year just to the western New York district he represents.

“I have attended past UFC-sponsored functions in Albany and have spoken to several fighters who have visited the Capitol to promote the sport, including UFC Champion and 2008 Olympic Bronze Medalist Ronda Rousey,” he says. “I think the UFC and other proponents of the sport have done a great job at pitching the sport and I am confident their hard work will pay off this year.”

So now we play the waiting game. Again.