It's a Celebration: Alex Caceres on Farming after Fighting 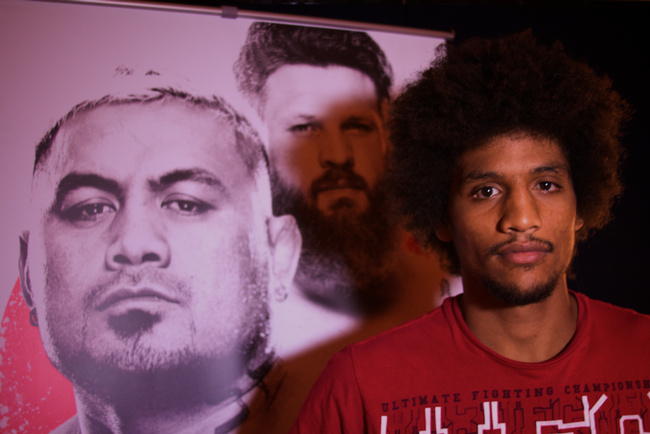 Fighting is a celebration for Alex Caceres. You can see it in most of his fights, in his Bruce Leroy poses, and in the way he handles both victories and defeats. It’s life he’s celebrating as well. He dreams of what life could be like if the world ran on free power, if people grew what they needed, and if communities thrived on sharing and not the rat race. The best way to get there, Alex muses, is by showing others how much fun it is when you're living right

He’ll have to compete for a little while longer though, because for now the money to fund the dreams of a sustainable, off the grid life (and the technology that requires) comes from stepping into the Octagon and doing his spirited, tricky thing. His fight tonight at Fight Night 52 is a bout he should win, and perhaps he’ll finally get off of the prelims and the UFC will figure out that his performance against Urijah Faber wasn’t a fluke. That fight demonstrated his toughness and his ability to hang with the best. Even if he wins though, any UFC change of heart may come a bit late for a man who is building up a philosophy that centers much more around planting seeds than fighting.

"I found that learning how to plant the seed in the ground really brings you back to who you were supposed to be,” Caceres said. “One of the biggest ideas I am trying to advocate as well as practice, is to try to be self-sustainable. We're into agriculture and a lot of other ways to become self-sustaining. Water purification, winter botanical power, solar power. I'm looking into different avenues, just trying to educate myself right now because I don't have the time to fully be doing that, since I'm (competing in the UFC).” 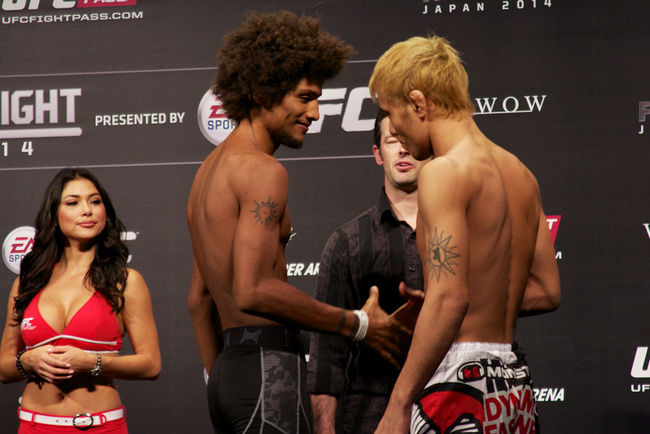 “On my off-time I try to educate myself on free types of energy, and I still get to grow in my garden."

What do you grow?

"In Arizona we have a garden in our backyard, so we grow lots of fruits and vegetables. We got a goji tree going… "

What?! I didn’t even know you could grow those using the berry.

"Yeah, it's pretty crazy. You get those raw goji berries from the pack and you can actually plant the berry in there and it'll sprout up. You can plant one and it will take about two or three years to grow. They're about six to ten feet tall, about four feet thick. They're pretty big trees."

Living off the grid, being self-sustainable, a striving for something better in life that doesn’t revolve around rampant consumption. Traveling the world and constantly learning. At it’s core Alex’s outlook is a positive, energetic ethos. And that’s the vibe Alex Caceres want to keep putting out there.

“I just try to shine as much as possible and just know that the more I get out there and do my thing, be as bright as I can be, and even if people don't get it right away, it brings up the question, ‘What's going on?’ If you truly believe the message you're trying to deliver, if you're truly leading the lifestyle you're trying to live, then there is no other choice, because every other choice would make you feel like half the person you are.”

How do you reconcile fighting as a vocation with your dreams of a new life?

“First, to be perfectly honest, this is going to fund what I want to do in the future. I don't spend my money, I have nothing to spend it on except good food. Most of my money I am saving up to fund the dreams I have for the future,” said Caceres. “And second, I don’t see martial arts as fighting, and everybody can see that when I'm in there. I enjoy myself. The more I go through life, the more the word "fighter" has a different meaning for me. When I compete, I'm just displaying my martial arts out there. You could call it just a glorified sparring match. You can call it whatever you want, but to me it's not fighting. We're just in a cage doing the same thing we would be doing in the gym.”

“Sure there are going to be ups and downs, and I don't take it personally. There are only two people in there and one person has to win and one has to lose. Come this Saturday, I might lose. But as much as I train and as much as I love this art form, it will be hard for me to lose. You really have to come and take it from me, because I am going to enjoy every single minute of it.”