Jacaré Is Coming to LA 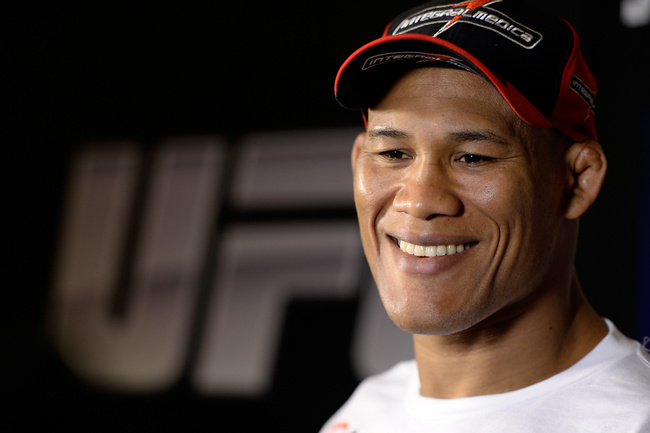 These UFC announcements are getting crazy. It would appear that pushing that Chris Weidman versus Vitor Belfort forth to February 28th is going to payoff in terms of customer satisfaction. Not only are we getting the prophetic return of a post-PED Vitor Belfort at the Staples Center against a Chris Weidman so confident that he called a possible third encounter with Anderson Silva an “easy payday,” but we’re also getting a super highly anticipated women’s bantamweight championship bout between Ronda Rousey and Cat Zingano. And if for whatever reason you thought UFC 184 wasn’t anything to get super riled up over, here’s this latest announcement.

Yoel Romero, fresh off an incredibly powerful performance against Tim Kennedy—even if its outcome was controversially in his favor—will face the tenacious jiu jitsu specialist and fearsome third-ranked middleweight Ronaldo “Jacaré” Souza.

The UFC is either trying to make up for an injury riddled season, trying to cover its back in case one of these notorious appearances has to pull out of the card for X, Y or Z—or the UFC is trying to do both of those things at once. We say, great! UFC 184 was already going to go so hard—this announcement just jacked it up to level 900. There’s some elevated thinking going on in the UFC’s matchmaking department, and we’re all for it. Keep ‘em coming!

Jack Slack: The Best Moments of Jacare vs. Mousasi II