Jacaré Out of UFC 184 Due to Pneumonia 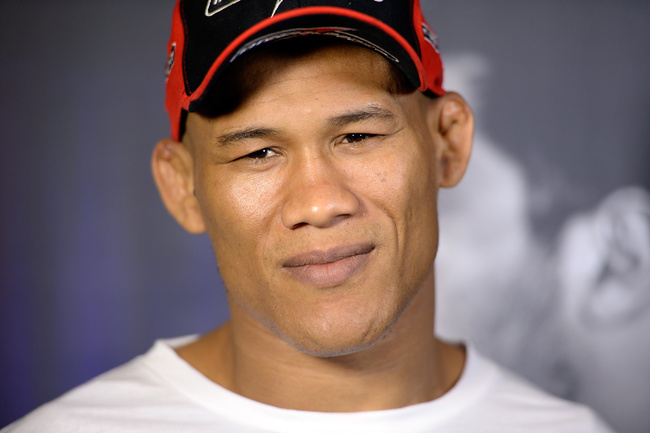 Jacaré Souza versus Yoel Romero was one of the most exciting fights recently announced. And that the fight would be on the same card that Vitor Belfort challenges the middleweight title that Chris Weidman took from Anderson Silva made it even better. UFC 184, which takes place in Los Angeles’ Staples Center on February 28, is one of the most stacked up cards ever—a true and honest demonstration of how far the organization has come.

Sadly, Jacaré has been forced to pull out of the fight due to a case of pneumonia. The UFC has confirmed that Cuban middleweight Yoel Romero will not receive a replacement opponent, and that instead the fight will be moved to a future date.

With Chris Weidman looking to defend his title against UFC veteran Vitor Belfort in the main event of the night, it looked like the winner between Jacaré and Romero would be the one to be granted a shot at the division’s champion. And although the possibility is still very real, we now just have to wait a little longer to see what the middleweight division is set to look like in 2015.

Yoel Romero, former olympian who made the jump to mixed martial arts in 2009, signed with the UFC in 2013, and has kept a perfect record in the promotion with five consecutive triumphs—including a controversial win against Tim Kennedy, after taking about half of a minute to get up from his stool between the second and third rounds. In any case, the 37-year-old fighter has performed formidably and a win over Jacaré would certainly establish him as a danger to whoever the title holder will be.

On the other hand, Jacaré, former Strikeforce middleweight champion, has also given the mixed martial arts community lots to talk about. Currently cruising on a seven-win streak, including his last four in the Ultimate Fighting Championship, Jacaré has demonstrated that his jiu jitsu is one of the best in all of the sport, but also that he’s got tremendous power embedded in his hands.

Although it sucks that Jacaré is out—he’s always fun to watch—UFC still has a handful of what are sure to spectacular contests. Besides Weidman versus Belfort, the evening also holds Ronda Rousey’s latest title defense, this time versus Cat Zingano. Jake Ellenberger faces Josh Koscheck, while the rising Tony Ferguson faces Yancy Medeiros.

In one of the more intriguing match-ups, Holly Holm finally makes her UFC debut in the women’s bantamweight division, facing Raquel Pennington.

Jacaré Is Coming to LA

Jack Slack: The Best Moments of Jacare vs. Mousasi II