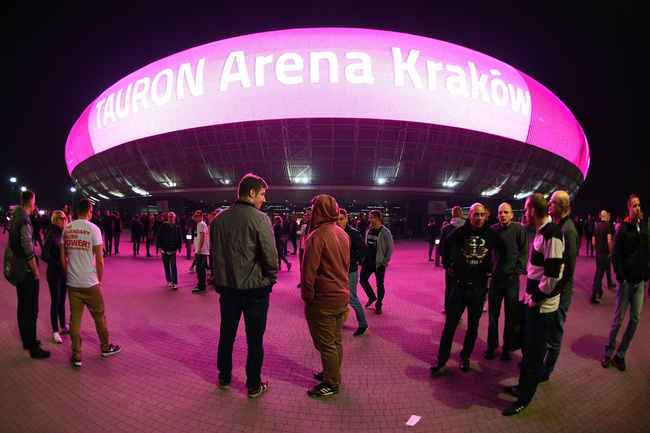 Eight years ago, Mirko Filipovic found himself underneath Gabriel Gonzaga with an unfamiliar weapon shattering his composure—the elbow. PRIDE didn't allow them, Cro Cop didn't train with them, and he readily admitted that he didn't like them. Yet last night, in their long awaited rematch, Cro Cop turned the fight and finished the Brazilian man mountain with well-placed elbow strikes. He'd come full circle and taken his revenge.

At least, that's the storyline that every MMA journalist is regurgitating across the internet this morning. The fight, overall, was as poor as expected. Filipovic circled to his left, looking to counter, and getting poked with sloppy, running right straights from the clumsy Gonzaga as he did so. In fact, a good deal of Cro Cop's circling under fire was done in the jogging out to the side manner which saw less beloved fighters—Alistair Overeem, Jon Jones, Carlos Condit—accused of “running”.

The counters were not forthcoming, and Gonzaga never did anything useful when he did step forward to strike. Age can make a decent technician into a wily master, but with two fighters who got by on their athletic attributes, it normally just highlights how much they relied on the speed and strength they no longer have.

Cro Cop found himself mounted several times, but attempted a nice single leg x-guard / outside heel hook escape in the first round. Gonzaga, for his part, rather than simply holding mount and attempting to test the question mark over Cro Cop's chin with thudding elbows from mount, attempted to move up to S-mount throughout the second round.

Gonzaga found himself unable to get the takedowns as easily as he would hope, while Cro Cop did nothing of note on the feet except throw the occasional (and to his credit—new) right jab.

It was out of a scuffle along the fence which Cro Cop released an overhook and landed a crushing elbow. It was followed by a simple shoulder bump to elbow—a staple from the over-under clinch for years. Randy Couture was demonstrating this in instructional tapes back in the early naughties.

While I often write at length about the enormous disadvantages faced by a fighter with his back to the fence in defending himself and in generating power (more on that later this week), elbows can provide a nice equalizer. Junior dos Santos spent nine rounds against Cain Velasquez getting his back driven into the fence, but the few elbows he caught Velasquez with did more than all his punches in their second and third bouts combined.

Why the exception for elbows? Firstly, the less links in the kinetic chain, the purer the power from the legs. Every joint you add is another joint to lose energy through incorrect timing of motion. You can generate tremendous velocity and power on punches, but you can teach someone to time the transfer of weight into an elbow far easier than a punch. With a shoulder strike? You almost can't help but involve your legs and full weight. Secondly, it's a big lump of bone. Thirdly, against the fence, if you create space, the opponent will drive back into it, often face first.

The space needed by Junior dos Santos in his brilliant elbows against Cain Velasquez was minimal, but because Velasquez drove in hard to eliminate any space created, the force was tremendous. A focus on these rather than attempting to box with his back to the fence might have leveled the playing field for the Brazilian.

As with a great many heavyweight bouts, the fight was appalling, but the finish made up for it. And even an elitist like myself must admit the tremendous flow of emotions experienced after seeing Cro Cop knock out the man who basically ended his mainstream MMA career. Of course, with Filipovic being Filipovic, and MMA fans being MMA fans, the talk is already of an improved Cro Cop 2.0 and a title run, rather than taking yet another perfect opportunity to retire.

The rest of the event wasn't much to write home about, but had a few stand out moments. Maryna Moroz seemed to be up against it, fighting the established straw-weight Muay Thai ace, Joanne Calderwood. What the bout really showed was the value of getting in someone's face. Some of the best strikers in the game are made even better when they're allowed a methodical, slower paced bout because their opponent respects their striking so much. Moroz looked a little wild as she stepped into the pocket and swung combinations at Calderwood, but clearly it caught the heavy favorite by surprise.

I particularly like the inside slip combined with left hook which follows the left high kick. A nice counter that you really don't see enough.

Moving to the clinch, Moroz caught a head and arm position but then pulled guard and slapped on an armbar that forced the tap. A surprising upset and an impressive performance.

The advice that you'll hear from many old timers in boxing is that if you respect someone's abilities, don't show them that by circling the ring for a whole round. If you really think someone is a threat, jump on them and try to take them out as fast as possible. You'll see it in the best boxer punchers like Roy Jones Jr.: the more dangerous the opponent, the more likely a first round trick play to test their chin. If it works, a quick night of not going blow-for-blow with a dangerous opponent. If it doesn't, there's a good chance you'll have hurt them, got in their head, or grabbed the judges' attention.

Perhaps the most spectacular finish of the night came from Leon Edwards, who starched Seth Baczynski in just eight seconds. Baczynski came out fast with a pair of 1-2's, stepped in a third time, this time with a kick, and ate the southpaw left straight coming back at him. It's one of the simplest counters, and Edwards launched his counter expecting Baczynski to step in with punches a third time, but if you eat a good straight while you're on one leg, you're pretty much done. One of the most spectacular knockouts in recent UFC history.

Seth Baczynski is someone I felt I should keep an eye on after a decent performance in the early going against Thiago Alves, but this loss puts The Polish Pistola at 1-5 in his last six fights. You can headline at heavyweight with those numbers, but anywhere else it's the sign of a looming dismissal from the UFC.

All in all, a fairly low quality event, but the UFC is never going to trot out the real big matches for a European event.