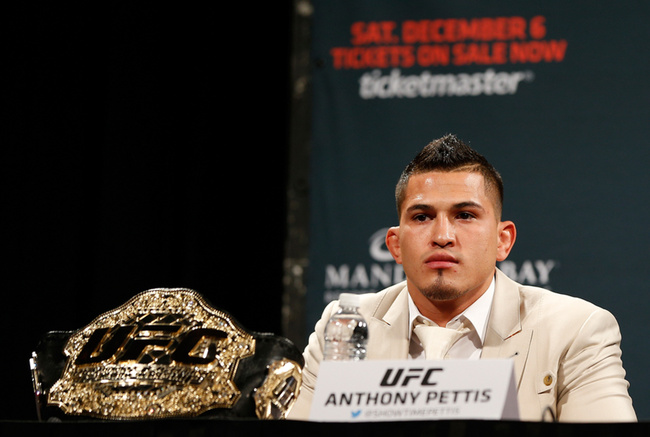 Back at school, I used to play pool with a friend who I just couldn't beat. It wouldn't matter so much if he hadn't adopted such an attitude of sprezzatura about the whole thing. He used to recount that he got good at the game because his dad used to make him play in the local pub. It was boring for him, he declared, just a game of making triangles.

There's three lessons here. Firstly, you can throw someone off terribly if you act as though your success really wasn't much of an effort. Secondly, don't act like a tool because you're good at a bar game. And thirdly, many physical activities can be reduced to basic geometry.

Anthony Pettis has been straight up destroying opponents lately with a very interesting and unique roundhouse kick. His last three opponents—Joe Lauzon, Donald Cerrone, and Benson Henderson—have all fallen as a result of this kick. And it's all a result of angles.

When a fighter throws the basic round kick—as taught in kickboxing and Muay Thai—he will realize very quickly that he feels most powerful at about seventy to eighty percent through the path of the kick. The same is true of straight punching, hook punching, knee striking etc. You strike through the target and to do that you have to make sure the target is within the path of the technique, not on the end of it.

Placing the opponent in the path of the kick makes for a better connection, but it can be easily spotted without a strong set up.

So shortening techniques allows you to strike through, but techniques can also be lengthened. If your technique is accelerating and needs to travel through the target, why would you want to kick someone right on the end of it? Well, longer strikes circumvent guards a great deal easier.

We looked at this principle a while back with regard to Manny Pacquiao. Here's Pacman's left hand in action. 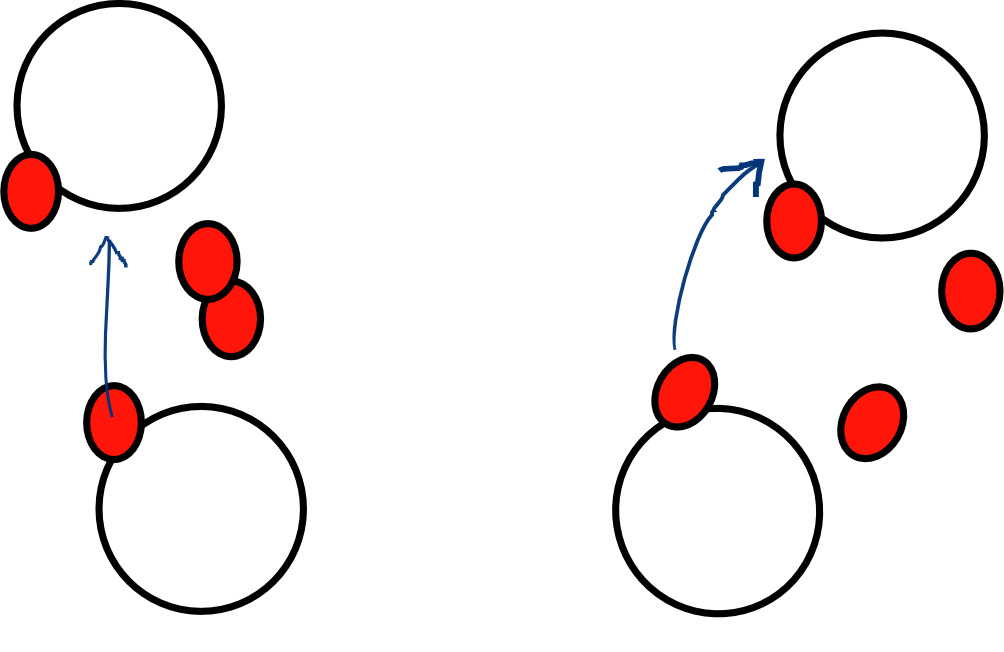 On the left, Pacquiao steps out to his right, outside of his opponent's lead foot, and shortens the path for his left straight. This is exactly how he beat Oscar De La Hoya to the punch so frequently. 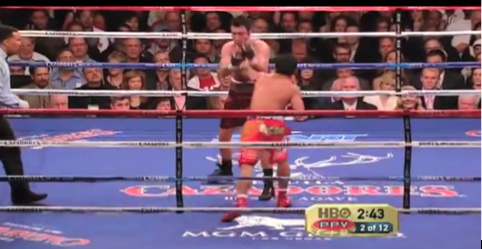 In the right hand diagram above, Pacquiao steps to his left, lengthening the path of his left hand. This allows him not to beat his man with speed but to use the unusual angle to circumvent his opponent's guard.

When you see fighters, particularly in MMA, kicking for power, they will make an obvious step into their kick, and kick to about half past one (one-thirty for my American friends). The step is fairly common in Muay Thai, because the need to check kicks necessitates fighting in a shorter stance.

Here's where Pettis' kick comes in. There is no step. He doesn't throw to one o'clock, he throws to twelve. Right on the end of his rotation is where he lands. It's not as hard, but it is so fast, and free from telegraphing, that it connects at a ridiculously high percentage for a body kick with no set up.

Let's do this in two parts. Because there is no step, Pettis has to put himself into position to begin the kick. He does this by pivoting on the ball of the lead foot and bringing his lead heel in. This preps him to kick.

Watch that lead heel. Remember that this is slow motion, that thing is sneaking in fast.

Try adding this prep-pivot to your kicks out of a longer stance and see how much better you can hide your kicks without set up. It's like we always talk about—shaving milliseconds off makes a massive difference. The second point which makes a massive difference is the length of the kick. Pettis' hips turn all the way around and he is completely side on as the kick lands. He also kicks with the foot and the lower shin, making the kick unexpectedly long. The lack of set up or telegraph has Henderson desperately trying to react, and he actually exposes his body more as a result.

So much of Taekwondo is hiding the kicks. There are basically no punches in TKD competition, and consequently kicking combinations and fast, sharp shooting kicks are the most important. Plenty of guys actually jump to speed up their pivot on the lead leg, rather than doing two movements as Pettis does—that preliminary pivot of the heel in, then pivoting with the force of the kick.

But Pettis' skill is in mixing up what he does. That kick hurt Henderson, and Donald Cerrone, because it landed. You can kick as hard as you want, but softer kicks (though none are really “soft”) in the right places, at the right time, will have exponentially stiffer results.

That kicking to one o'clock? Pettis does that too. His second kick on Henderson was for power. Notice the classic Muay Thai step into the kick. He's able to dig it in deep, and kick through with the middle of the shin bone.

But it's Pettis' choice. He doesn't need to step. But most people are used to that step. A comfortable warning that something's coming. Pettis' ability to kick without it can be made even more useful by putting himself in positions where it would be difficult to step anyway. Against Joe Lauzon, Pettis continually circled away from the direction he wanted to kick in. Keeping his lead foot inside of Lauzon's, the last thing J-Lau expected was the round kick.

Notice that Lauzon is prepared to check the right low kick, he's not thinking about the left high kick.

From firmly inside Lauzon's lead foot, Pettis throws up the high kick. It's a feet of hips control and dexterity to get it round, and it certainly isn't a huge power kick, but when you're accurate and on time, and certainly when you're connecting shin to head, it doesn't matter. A beautiful snapping kick puts Lauzon down.

Notice, again, the pivot on the standing leg. Pettis goes from almost toes inward to a fully pivoted kicking position with his hips opened up. That's a real feat of dexterity, and it's control like that on his standing leg which makes Pettis such an incredible threat with his kicking leg.

Anthony Pettis fights Gilbert Melendez at UFC 181 on Saturday. We've already taken a humorous look at Pettis as a modern day ninja, but Melendez is the x-factor in this fight. He's certainly never faced a kicker as good as Pettis, but he stepped inside Jorge Masvidal's kicks well, and did decently against the almost as dexterous Benson Henderson. I can guarantee you that round kicks will be at least attempted through the fight though, so watch out for those angles and see if you can keep up with Pettis' incredible foot speed.