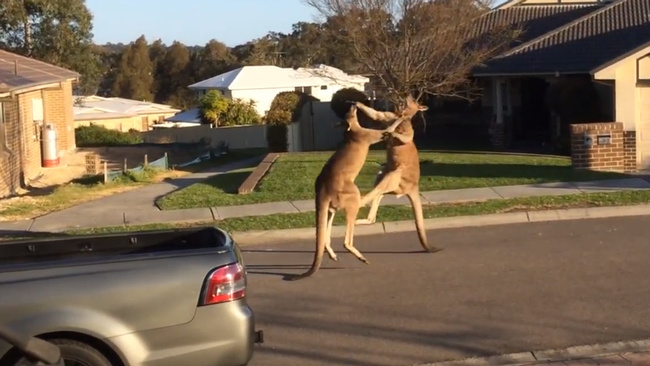 This week the combat sports world was shaken by footage which emerged of a street fight in New South Wales. Frankly, the last thing MMA or boxing need is another talented fighter abusing their training and picking up millions of YouTube hits for all the wrong reasons. Roger Huerta is already more famous for booting a downed man on the pavement than he is for fighting in the cage. And let's not even start on War Machine.

I don't often break down street fights, because they do so much damage to the reputation of combat sports, but some of the facets on show in this fight in particular need to be discussed. Context changes everything. No gloves, pavement instead of canvas or mats, semi-prehensile tail—all of these factors force changes to the form that you are regularly taught in the gym. So for good or for bad, let's talk about fighting on the streets.

The first thing to notice is that both combatants pull their head back from punches constantly. This is a very dangerous thing to do because if you get faked out you have nowhere left to go. We all remember Anderson Silva pulling back to early against Chris Weidman and being unable to evade the brutal left hook which ended his win streak. What's more, if a fighter leans back at the waist without spreading his feet, his head will move behind his center of gravity and he will struggle to recover.

The great karateka and former strongman, Mas Oyama, used to perform a party trick to demonstrate the importance of the relationship between the head and the center of gravity. He would ask a man to sit down in a chair, and rest against the back of it. He would then press his index finger into the seated man's forehead and ask him to stand up. They were never able to. Lean back too far in a fight and leave your feet behind, and you've got nowhere to go.

Every fighter knows not to pull his head back, but when tempers flare and a fight erupts outside of a professional arena, many will return to the swing-and-pull-away habits that are instinctual. But then as I said, context changes everything. If you are one of the fighters lucky enough to have a tail—and this is an especially rare meeting of two—you can effectively lean back at the waist and remain on balance by planting your tail behind you as a third leg. It's certainly not something everyone can do: like the rubber guard, it takes a good deal of time and patience, and a degree of giftedness.

The faults in the boxing don't end there though. Every fighter knows that a square-on stance presents more of a target for punches. Both of these combatants are primarily kickers in the gym, and granted, a traditional Muay Thai stance is more square in order to be ready to kick or check with either leg at any time. But the amount of punches going in with both fighters square on and with their chins up in the air is incredibly disappointing. 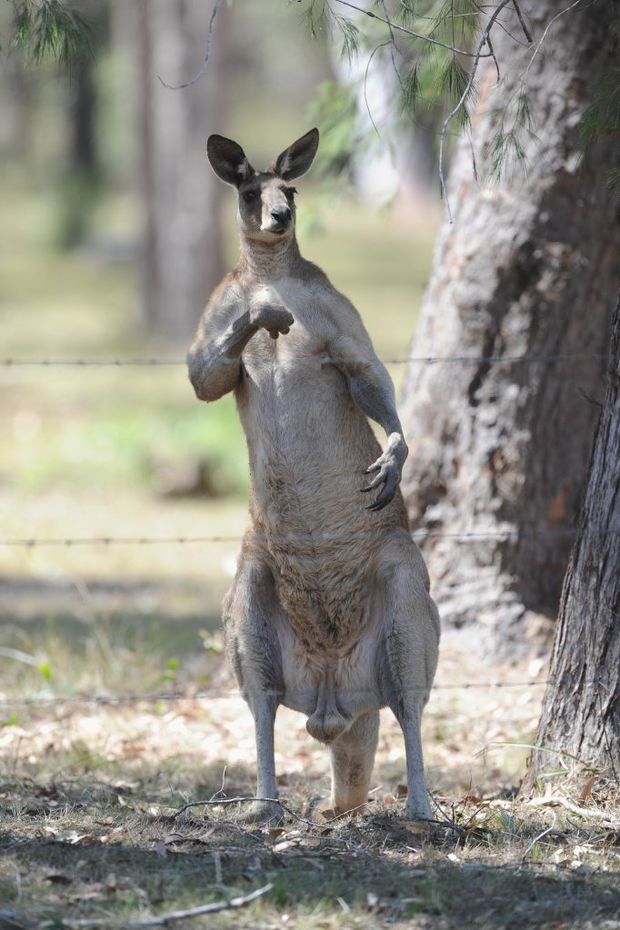 These guys know better than that. We've all seen the photos of them in the side on, Bruce Lee style stance, carrying the lead hand low. You can work your side kicks and your shoulder roll all you want in the gym, but when someone starts throwing out “your mama's pouch” lines, most of us will see red and revert to sloppy, two handed swinging.

But it's not all bad. Elements of this scrap were miles ahead of some of the sloppy garbage we see uploaded to YouTube. Indeed, the Muay Thai on display was superior to what we see in many UFC main events. I was pleased to see the Marsupialano's time in Thailand paying off in a big way, though I was a little disappointed that we didn't get to see any of the clinch knees he raved about in his blog. What it is clear he did do over there is sharpen up his push kick enormously. The difference in the stress placed on the value of the push kick in Thailand and in the West is astounding. It was great to see both men teeping for distance and for damage. It's too often one or the other. But fighters are made by the people they spar with, and Marsupialano was clearly accustomed to sparring a much higher level of Nak Muay than Joey Frazier.

Here Joey Frazier attempts to check Marsupialiano's hands—hoping to step in with a knee or an elbow—but eats a stiff punch up the bracket and a double push kick. A little embarrassing.

What he was going for.

But it is the sharpness of his counter-kicking game which impressed me. Here he shifts back to let a push kick fall short, immediately counters with his own, and then a second time but this time to the thighs, sending Frazier to the pavement on his hands.

What you'll notice about both combatants is that they use a rather rare variation of the front kick which involves both legs. The double kick, or sosoku-geri: “simultaneous kick”, is a difficult kick to master if you aren't especially athletically gifted.

The majority of the time it takes a jump and the resulting kick is weak, and there's a good chance of falling on your back. But once again, the benefits of a tail are visible as both fighters use it as their base and are free to kick with both of their feet. A rare sight and really something to applaud in the silver lining of this whole sordid affair.

All joking aside, the martial arts have been influenced by the behavior of animals for thousands of years. From the numerous White Crane and Preying Mantis styles of chuan fa to Roy Jones Jr.'s study of fighting cocks, animal behavior has always had a hand in human strategy.

But more than that, many of the basic principles which govern all fighting are visible in the animal kingdom. Clashing bulls try to shuck their opponents past them in order to take a dominant angle and gore the opponent's flank. Mongooses attempt to draw venomous snakes into lashing out and falling short, in order for the mongoose to come down on the back of the snake's head while it's recovering from the attempted strike. The relationship between fighting and animals is a fascinating one, and I hope to look at it in detail very soon.

Pick up Jack Slack's ebook, Fighting Karate at his blog Fights Gone By. Jack can also be found on Facebook and Twitter.