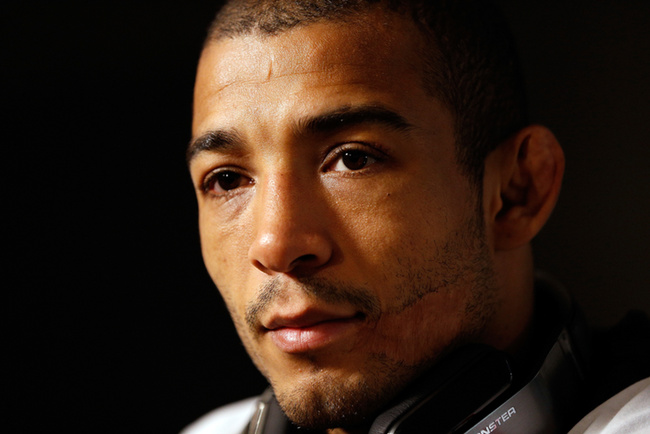 For me, something of Jose Aldo was missing in his last fight.

Don't misunderstand me, he still dominated. Ricardo Lamas had beaten a who's who of featherweights—Erik Koch, Hatsu Hioki, Cub Swanson—and Aldo made him look like he didn't even belong on the main card. But as the monkey king said, there is something of defeat to be found in every victory.

Do I think Aldo is on the way down? I don't know, that would be a bit of a leap. What I can say is that reviewing the Ricardo Lamas fight, I recognized only moments of the Jose Aldo I came to call the finest striker in mixed martial arts.

I think the secret lies in recognizing just what kind of fighter Aldo is. When I say that, most will think “he's a Brazilian Jiu Jitsu black belt with awesome kickboxing”, but that is an oversimplification worthy of the graphic which shows up as he is getting into the cage. At his absolute best Aldo is an anti-wrestler. Perhaps the greatest anti-wrestler we have seen.

You see, even as a striker there are certain circumstances most fighters prefer. Anderson Silva looked at his best against men who posed little threat of shooting on him. It meant that he could narrow his stance, dance around, and box more as he did against Forrest Griffin, Vitor Belfort and Yushin Okami (a takedown artist, but almost exclusively from the clinch).  Against guys who wanted to dive on his legs, Silva looked decidedly less awesome.

An awful lot of what premium Jose Aldo does in his best performances is counter level changes and hack away at the lead leg when the opponent looks reluctant to shoot in. Think of all the wrestlers whom Aldo has fought—Urijah Faber, Mike Brown, Manny Gamburyan, Chad Mendes, Frankie Edgar. He's like the anti Conor McGregor! Three of those men made it onto his highlight reel of best finishes.

When has Aldo looked at his worst? I believe against Mark Hominick, The Korean Zombie, and Ricardo Lamas. Hominick slipped Aldo's punches and hurt him with body work, and showed up Aldo's limited game on the feet. Aldo went to his wrestling and easily picked up the win on the mat, but folks had noticed how bad he looked. In fairness, Aldo progressively improved his boxing as a result of that bout, but he really only boxes especially well on the counter.

The Korean Zombie isn't an elite counter striker by any means, but the threat of his counter left hook had Aldo looking slower and more tentative than usual in a lot of places. That fight, for those of you who haven't seen it, was cut short as Aldo was beginning his customary process of slowing down in the later rounds, by way of a bizarre chance arm crank.

Notice how Aldo's left hook flies across KZ's right and dislocates his shoulder. Jung had been doing well, but you have no chance taking on the best featherweight to date with one arm.

Ricardo Lamas offered Aldo no offence at all spare the occasional wheel kick, but as they used to say of Jack Johnson, Aldo is a hundred percent better fighting on the counter than he is on the lead. Aldo sat back for huge portions of the round, occasionally throwing a plodding body jab. Two or three times a round he would put together a power combination, but it was a very conservative performance against an inactive opponent.

Let's look a little more at this anti-wrestling business. To be clear, there is no textbook of anti-wrestling, it is simply a pairing of words I am using to describe Aldo's style. Let's start with one of his most memorable finishes—stopping Manny Gamburyan. Gamburyan made it clear that he was going to cover up and dive after after Aldo's waist from the start of the bout. Aldo backed him up with a faked jab, and followed with a low uppercut. Notice that the uppercut would be completely useless if Gamburyan did anything but shoot—Aldo knew it was coming.

Against Mike Brown, Aldo attempted the same uppercut a couple of times, but really had success with his knees as Brown attempted to close the distance.  These knees winded Brown and in the second round, Aldo was able to secure a takedown, get on Brown's back and finish him to take the WEC title.

Notice in the last clip that Aldo is attacking Brown along the fence. When you put a wrestler against the fence, they are likely to level change as soon as you step in. This makes it the perfect time to attempt a counter knee. Anthony Pettis does this excellently.

A final great example of this striking in an answer to wrestling came in Aldo's first bout with Chad Mendes. When stuck in a bodylock from behind, a fighter is always looking to separate the wrists. This is so that they can turn and face—as Cain Velasquez did against Brock Lesnar.

Or occasionally apply that Sakuraba-style kimura, as Kazushi Sakuraba did against... well, everybody.

Against Chad Mendes, Aldo was in danger of being taken down early. After a flagrant fence grab (which should have resulted in an immediate point deduction), Aldo was able to break Mendes' hands apart and turn to face Mendes. Mendes was already moving to stay in close and get on Aldo's hips, as Aldo brought the knee up. It was one of the most beautifully timed counter strikes I've ever seen in MMA, and one which you would only be able to see in MMA.

Simply astounding. Notice how Aldo maintains his grip on Mendes' right wrist and immediately attempts a quick catch behind the head with his left hand. Andy Ristie-esque in his quick knees is Jose Aldo.

And the thing about missing these knees or uppercuts is... so what? If they miss, it's because the other guy is too far away. At least he's now thinking “wow, that could have ended badly”. Aldo gets wrestlers standing upright with no idea what to do. They either dive in and get caught, like Gambuyan and Mendes. Or they keep pushing in with no idea what else to do, like Brown. Or they stand at range and get their leg butchered, as Faber so famously did.

And remember, level changes aren't exclusively for takedowns. Aldo is just waiting for the opponent's head to dip for any reason! No-one ever answers all the hypotheticals. You can be a champion for six or seven years and still find a stylistic match up that gives you hell. Johny Hendricks' shutting down of Georges St. Pierre's lead right hand and wrestling is a perfect example. From a purely selfish stand point, what I'd really want to see against Aldo is a wrestler who has more than the bare bones striking of Urijah Faber or Mendes (the first time at least) in order to get Aldo into position to wrestle without having to panic shoot whenever they can.

Frankie Edgar did well enough against Aldo, but his striking is largely for activity more than it is for damage. What intrigues me is a middle ground between an Edgar with all his set ups but little stopping power or commitment, and a Faber, with his booming right hand and little else. We'll talk more about how well (or poorly?) Chad Mendes fills this vacancy next week.

Where Aldo has looked the most tentative though is when he is forced to lead. He can leave himself open for counters when he steps in with body punches and with lunging jabs, and often relies on pulling away from punches with his reactions rather than good positioning and pre-emptive head movement. This means that by the third, fourth or fifth round—and he's known as something of a gasser—Aldo gets exponentially easier to catch with counter strikes. For this reason, I would be fascinated to see a gifted counter striker who uses his footwork well and can force Aldo into leading. But again, we'll probably be talking about that possibility very soon... 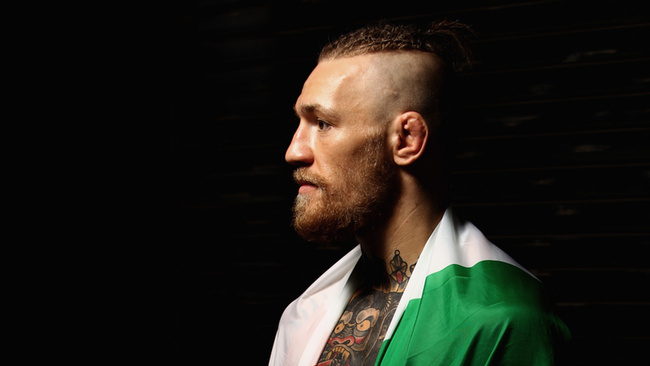