The Tao of Demetrious Johnson 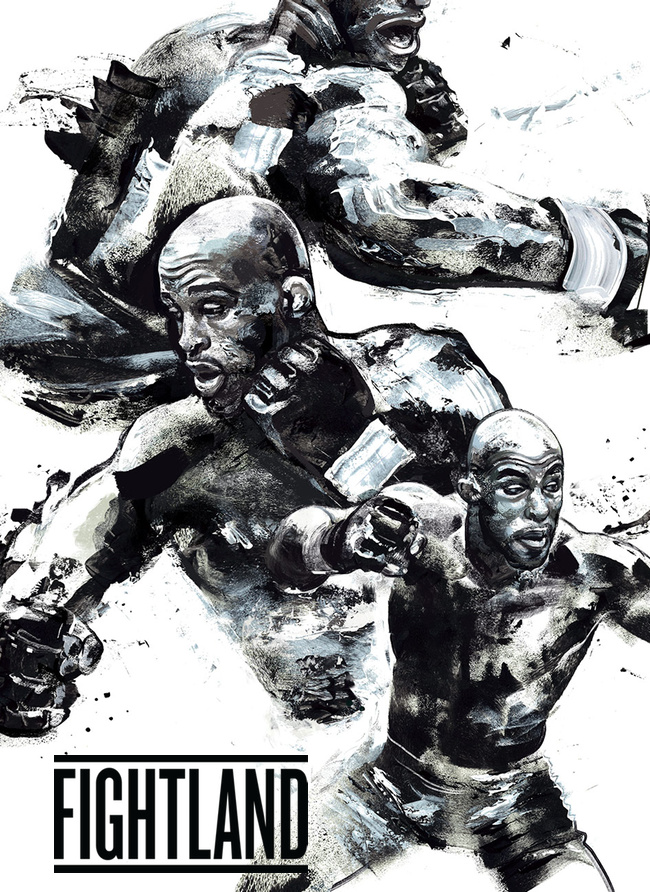 You all know the narrative with Demetrious Johnson—he's just too damn talented for his own good.

Johnson is clearing out his sparsely populated division at a a rate which has the UFC struggling to find him challengers. It looked a little desperate when he was fighting Ali Bagautinov. It became more blatant when the UFC had Johnson step in with the thoroughly over matched Chris Cariaso. Tomorrow night, at UFC 186, Johnson steps in with a young man who I think stands an excellent chance of dethroning him a year or two down the line, Kyoji Horiguchi.

The problem is that Horiguchi himself stated after his last win that he would like to take a couple more fights before feeling ready to challenge for the title. When your title challenger knows he probably shouldn't be in there, you're scraping the bottom of the barrel.

The Tao of Johnson

Demetrious Johnson is credited as being one of the best all around fighters in the sport, and it is a well justified opinion. Johnson has picked apart his opposition as thoroughly on the feet, as in the clinch, as on the ground. Characteristic of a Johnson performance is a constant switching of stances and the signature stepping right hook or straight. Once you start seeing it in Johnson's bouts, you will notice that it is almost his go-to. He rarely has success with jabs, or traditional boxing combinations, rather with this quirky shift.

In the clinch, Johnson will work at tremendous pace and throw chopping knees into the midsection, looking for any opportunity to “bust into” the double collar tie, as Matt Hume is often advising him to do from the other side of the fence.

This is as useful on offence as it is on defense, whenever Ali Bagautinov or John Dodson had Johnson's back to the fence he'd be worming his forearms in front of their collar bones, then driving them past him as he stepped off line.

On the ground, Johnson is one of the most active guard passers in mixed martial arts. You will hear Matt Hume shout “now pass” or something similar, and Johnson will immediately hop over his opponent's hooks and straight into side control.

From side control, rather than looking to mount, Johnson will usually continue to land elbows with the arm which is furthest from his opponent's legs, then begin to work for an attack on the opponent's far arm. Often this will involve jamming the wrist into the crook of the elbow, Billy Robinson style, to maneuver the arm into a kimura-able (a word of my own creation) position.

Johnson winkles the arm free and secures the wrist. Notice Johnson's use of his left forearm.

Against Chris Cariaso, the kimura was sufficient. Against John Moraga, Johnson was advised by Hume between rounds to attack with the kimura and then spiral for the armbar as Moraga defended. Late in the fifth round, Johnson did this and secured the tap.

But the portrayal of Johnson as the most perfect fighter in MMA is a short sighted one. There are a fair few areas where I'm sure Johnson himself would admit he could stand to make improvement, and a few of his habits which are downright hazardous.

For starters, changes of stance directly in front of an opponent are far more dangerous than stance changes combined with lateral motion. Moreover, constant stance shifting is not unpredictable, it's a habit. Furthermore, while I am a passionate advocate of switch hitting, every moment spent between stances is a moment of poor balance. If you get clipped while running in between stances, you're probably going to fall.

Just ask T.J. Dillashaw. The only time he was ever finished was by Dodson, getting caught between stances in exactly the same way. He was obviously still with it but could never regain his balance as Dodson swarmed on him. As we discussed in the first episode of Ringcraft, stance serves to brace the body for blows.

Furthermore, hesitating between stances as Johnson does when he feints a move in is another excellent way to get hurt. Ali Bagautinov doesn't kick, in fact he doesn't do much except stand by the fence and throw right hands in most of his fights, but if he did he could have really ruined Johnson's day when he committed to movements like this directly in front of his opponent.

In fact, this sort of not really being sure what he's doing with his feet got him dropped again by Dodson.

Another great flaw in Johnson's game is his tendency to telegraph his rear leg kicks. Failing to set them up he'll step straight in and kick, and often it will result in him getting hit.

And a lead leg kick, for variety.

Ali Bagautinov had few moments of success in his fight with Johnson, but a lot of them came as Johnson kicked, Bagautinov grabbed it, and then turned Johnson onto the fence.

This isn't a Killing the King article, so we aren't going to go into too much detail on Johnson's exploitable habits, but one of the most glaring, which I'm sure you will be able to see, win or lose, against Horiguchi, is Johnson's retreating straight backwards under fire.  Where Jose Aldo will pivot off line if you charge him, Johnson goes into groundhog mode and relies on running backwards faster than the opponent can burst forwards.

If you back straight up in MMA, a la Machida, the last thing to leave striking range is one of your legs. Low kicks against a retreating opponent are brutally effective.

So what are Horiguchi's chances? Well he has cracking low kicks, beautiful karate movement, and likes to jab in and then go into a weave. On the outside he's Machida and on the inside he's K.J. Noons. A very interesting style indeed. Yet, if Johnson's showing against Cariaso suggest anything, ducking low against Johnson will see him look for a knee to the face amid his flurries.

Horiguchi steps in to counter with a straight on kicks—which certainly has great potential to work against Johnson's aforementioned kicks. Horiguchi has shown some crafty set ups on the outside, so it at least isn't just another one of those “he's got power” match ups.

But Horiguchi's grappling is very much an issue. Not just in a pure grappling realm, but in the heat of the fight, Horiguchi has given up his back for a good portion of the bout in numerous UFC bouts. Now a finish from the back is never assured, but doing that against high level opponents is at least going to assure you lose the rest of the round and tire yourself out fighting off chokes.

It should be a great fight, topping a card of largely uninteresting ones. Watch the bout, then get back here for either a breakdown of Johnson's continuing brilliance, or perhaps How Kyoji Horiguchi Killed the King.

Johnson vs. Bagautinov: The Fastest Show on Canvas