While in Tokyo I was honored to have the chance to meet Rumina Sato, a true pioneer of MMA. I met up with a few of the Inspirit guys in Tokyo and we took the hour and a half drive out to Odawara. Historically Odawara has been one of the most powerful states since prehistoric Japan. Today it’s a smaller beach city providing a nice break from the more hectic Tokyo. Odawara is also home to one of the best MMA gyms in Japan, Rumina Sato’s Roots Gym.

In Japan Rumina Sato is thought of as a legend and pioneer of early Japanese MMA, making him a pioneer of MMA across the globe as well. Rumina began training over 25 years ago and took his first pro Shooto fight in 1994. He went on to not only become a Shooto champion but also one of Japan’s most beloved fighters. Rumina is possibly most well known for the fastest submission in professional MMA history: he submitted Charles Taylor in just six seconds. 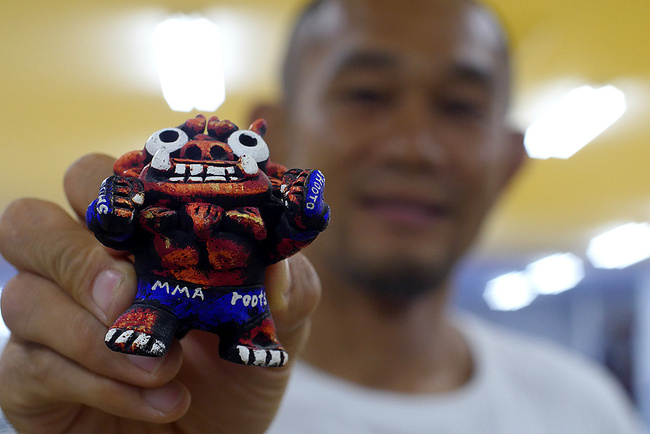 Fightland: Now that you’ve retired what do your days consist of?
Rumina Sato: After I retired I hold the status of the head of the amateur Shooto organization here in Japan. Right now I’m working to raise the popularity at the amateur level, which leads to the competing population to rise.

In my personal life I’m more into surfing. Haha. I wake up in the morning and check out the surf, if there’s waves I surf, if not I paddle board. Then I teach class, after class I spend time with my son, I eat dinner, and then I go back to gym to teach more advanced classes. That’s a pretty regular weekday. On the weekends if there is an event I corner my amateur students, which can require traveling around the country. 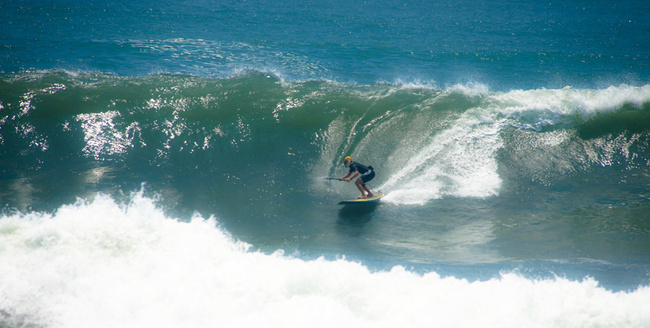 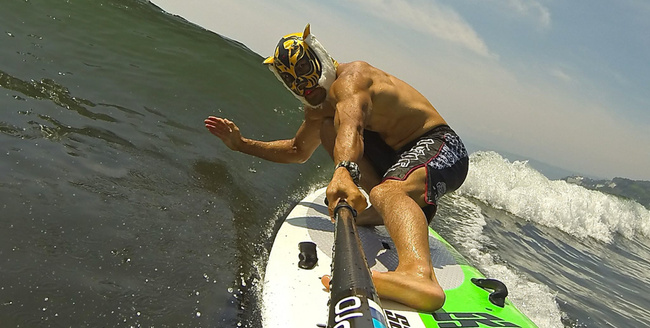 In your teaching what aspects do you focus on?
I basically teach all aspects of fighting but me personally, I like submissions, I like my leg locks. Lately I put more emphasis on how to adapt leg locks into current MMA. While competing in the past I tried a lot of leg locks. Some didn’t always work so I am using my experience to convert them to work in modern MMA. But I do teach all aspects: striking, grappling, and throwing.

What do you miss about competing?
That’s a tough question. I think feeling, the moments with every victory, the rush you get, is only something you can feel when you’re fighting. All those moments are very memorable. 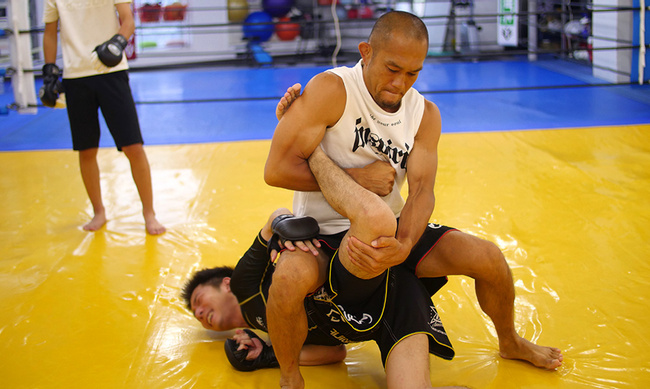 What is your most memorable moment in MMA?
All fights are memorable, but if I were to list one it would be the Caol Uno fight, the first one. On the first one Uno came in as a total underdog and I absolutely under estimated him and I lost. That taught me a lot not only in the fight game but also as a person. I’ve won a lot of fights and I’ve also lost a lot fights. I think I’m fortunate to experience both sides of being on top of a winning streak and the bottom of loosing. If I were a fighter who has only won I wouldn’t have been able to experience those bad times and come back as a stronger person.

What was the difference training at the beginning?
It’s been 20years since I turned pro, but over 25 years since I first thought about competing in MMA. Back then no one knew what it was, so I kept trying to explain what I was doing to other people.

I would say “there is boxing in it, kickboxing in it, grappling, jiu jitsu, all these aspects mixed in it together.”

So I had to continue to try and explain what I was doing. Back then you could look all over Japan and you’d find no more than 10 MMA gyms in the whole country. Finding a place to train was hard, finding members was hard. When I think about it back then there was no book, there was no strategy, there was no formula to MMA, so we got to create it all. Now I look back on how it was to write the formula, it was fun to write the book about the sport of MMA. 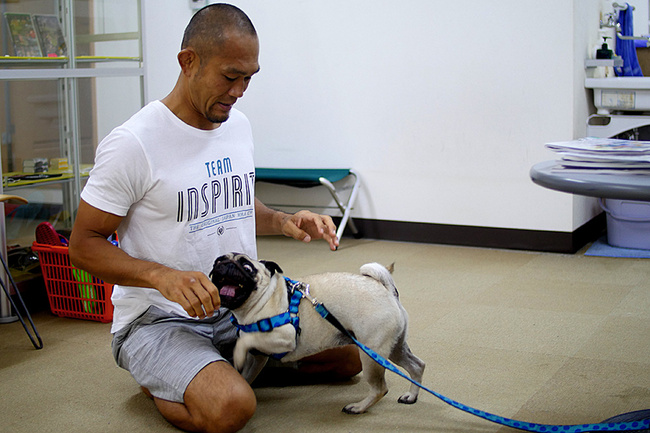 Describe the current state of MMA in Japan?
Well, back when MMA used to be on TV there were lots more casual fans and ever since MMA stopped airing on TV a lot of casual fans have stepped away. The demand is still there and many fighters still train but the popularity has declined. Yet many gyms are still doing well and it’s nice to see that.

Any thoughts on how to catch back up?
I think we need to provide the competitors a clear vision, to give them a dream to keep training. The goal used to be a TV deal, to be on national TV in Japan but now that’s gone. Right now the UFC is the top of the game so it’s our duty to show our fighters the road to the UFC, to provide them with a clear goal and hope. It’s already started as Shooto is beginning to collaborate with the UFC to find ways to better prepare Japanese fighters for the UFC. 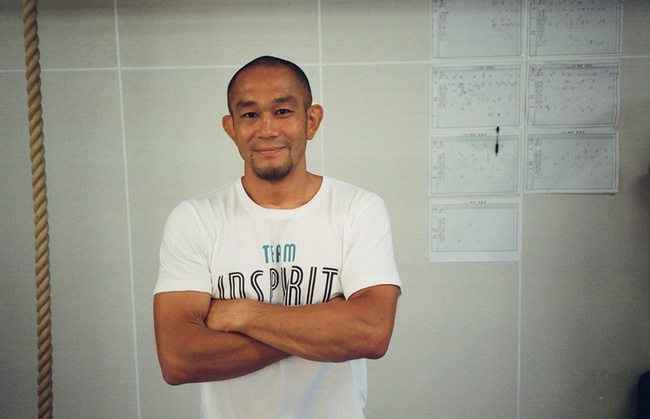 What’s the future of Japanese MMA?
I see, right now there are many organizations with different rules. Bottom line in Japanese MMA we need the base level to rise. I see that all these different organizations will slowly start to cooperate with each other and unify the rules and set standards and regulations. I see the same happening all over the world in all different countries competing under one rule and regulation.

Right now there is so many MMA champions all over the world because of all the different organizations, whereas if you look at Judo or wrestling there is only one world champion. This is the vision I’ve had since I started MMA; I want MMA to be a global sport under one unified rule and regulation. So I’ve put most of my mindset and activity towards amateurs because it’s competition, it’s not professional it’s just straight competition. 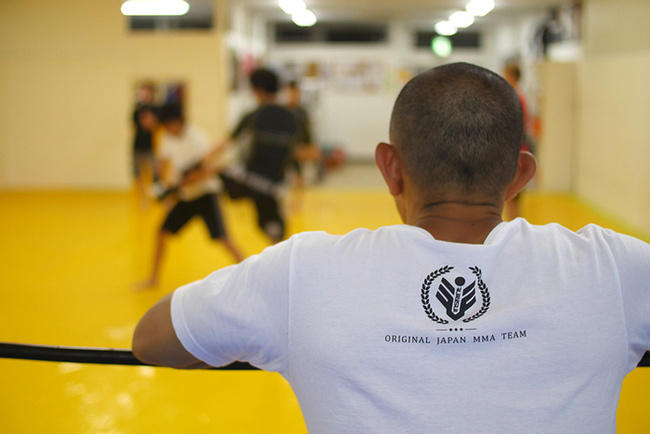 Personally I just want to know, what was going through your head during your five second submission?
Six seconds.

Ha, yes, six seconds. What were you thinking during the six-second submission?
I wasn’t really thinking, I was just responding. At first I wanted to stand and strike. But when I engaged, I saw my opponent try to throw a punch so I clinched. When I clinched I felt like he was strong, a strong grappler so I just jumped.

Before my fight in the co-main event Hayato Sakurai knocked out his opponent in 30 seconds so I was determined to finish my fight before Sakurai. So after I finished the fight I was very happy to have beaten Sakurai’s time.