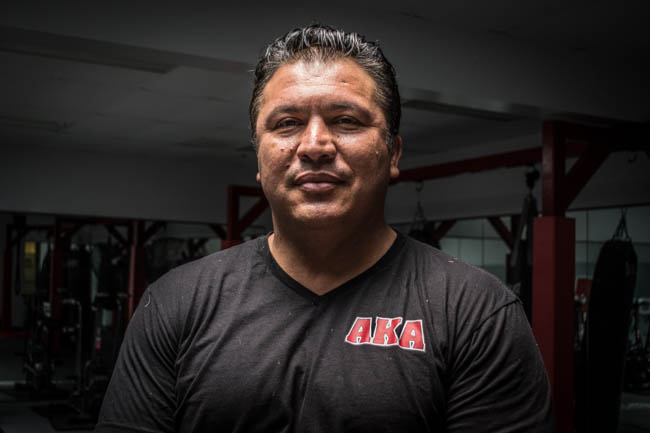 It'll change what he drives, where he lives, who his friends are, but probably not him. Not all at once.

But Mike Tyson said it best when he spit a bit of t-shirt doggerel: success breeds confidence, and confidence breeds success. And standing in San Jose at the American Kickboxing Academy (AKA) next to Head Coach Javier Mendez there's a temptation to forget that there are no pat answers to him holding court in the middle of his 27,000 square foot fight emporium.

Or leaving behind banking about a quarter of a century earlier when he was sporting a champion kickboxing strap himself to open up a place whose bones would be made on a sport that hadn't even really been named yet. Or, finally, to be sitting at the helm of what one fight metrics company had glossed the winningest fight team in the world. Not the most champions but the most aggregate wins all along the spectrum. In the world.

And the one constant? Mendez.

"I had no idea that any of that would end up here," Mendez shook his head. Not shocked or surprised as much as in genuine wonderment that life's meandering crossroads had put him in just about the right place at the right time.

Which is? Well, the photos that ring one of his several wrestling wells tell the tale: in the middle of a lot of success and a lot of confidence. 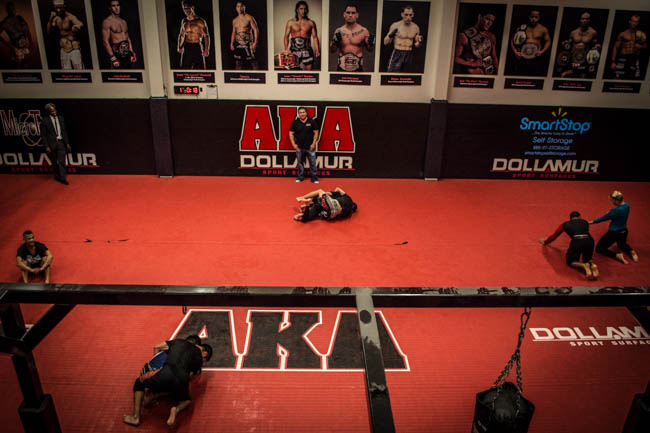 UFC heavyweight champion Cain Velasquez is here and came here before he was a champion. Daniel Cormier whose rise from the already noteworthy Olympic highs is what words like meteoric have been reserved for. Luke Rockhold, Gray Maynard, Khabib Nurmagomedov, Jon Fitch, King Mo Lawal, Phil Baroni, Frank Shamrock, Josh Thomson, half a dozen other names of note, and even the guy that no one talks about any more, Josh Koscheck.

The first time we had seen Koscheck at AKA was during a team meeting when he was screaming about where his coaches were and why weren't they there at practice and all manner of vitriol directed at the team in general and Mendez specifically. The last time we heard Koscheck he was wishing the building was on fire and everybody on the team made it out except Mendez.

"This is the hardest job in the world," Mendez doesn't so much laugh as he does chortle. With no large amount of joy. "You have to pay huge amounts of attention and as long as you're doing that things are fine but if you let up off of the attention, all kinds of things happen."

Koscheck was one of those things but what Mendez said to him at the time has been a constant truism at AKA, "it's my place and if you don't like it here you can leave."

And so Koscheck did. Replaced by a bunch of guys swept along in the very large wake left by Cain Velasquez whose work ethic was framed by watching his folks and family do the whole migrant worker thing, and probably, a resolve to work so hard that he'd never have to have anyone in his family work field hard again. 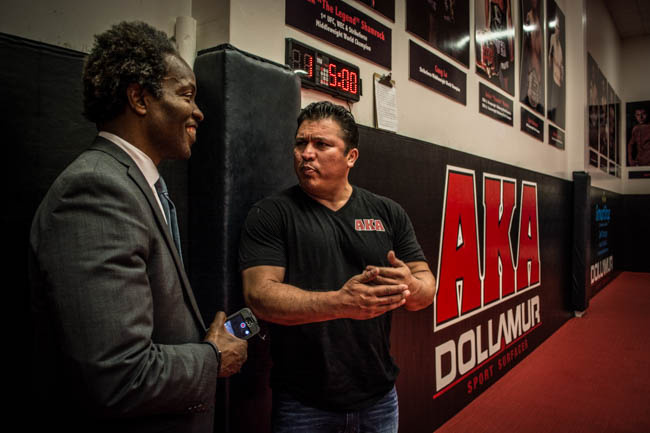 "Things changed when Cain showed up," Mendez admits even if this tacitly supports the idea that whatever they were before Cain showed up about six years ago, they were not in the same sort of place that they are now.

Which is bold when you think that without the guys that came through AKA's doors into MMA, the entire face of MMA looks totally different. For those with long term memories that still work this means probably their first legitimate champ and a bona fide Hall of Famer were it not for some deep-seated and deeply personal animus between him and UFC head Dana White: Frank Shamrock.

"I still feel bad about the whole Frank thing," Mendez says. "I turned my back on him." And he shrugs but his shrug smooths into what everybody in the world is talking about the day we show up: Daniel Cormier lucking into a championship match-up with Jon Jones. Courtesy of Alexander Gustafsson's knee injury.

"We kind of thought we would start thinking about how to approach this fight for Daniel in maybe November or December. But the call comes in and we're like…OK!"

And it's this "OK" that's got the champion elixir in it since when Cain Velasquez says, like he did after his Cheick Kongo fight, which Cain won but was frustrated with the quality of his performance, "it's simple: when I listen to Javier I win. When I don't listen to him I don't" you believe him. 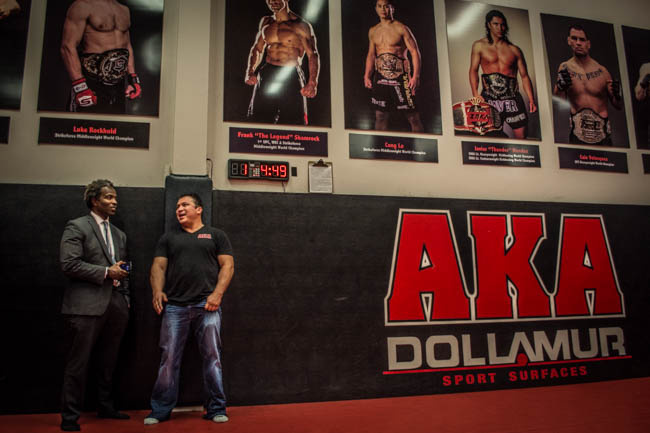 So what's the secret sauce to getting ready for the undisputed ruler of the roost?

"It's no secret that to do any sort of damage to Jones you have to get inside and close to him," Mendez says. "So we'll figure that out but we're scrambling now." Which is not a bad place for the 54-year-old Mendez to be. And again not at all where he had ever expected to be which is one win away from having AKA be a two-champion house.

"You know I started fighting because I used to be a 'would have-should have been' kind of person. But my friend Juan Alexander put me in my place one day while we were running and said that he was tired of me talking shit and unless I did something on a sports level to brag about that he wanted me to shut the fuck up."

So he did. Probably so he wouldn't have to. And on September 27th when his top light heavyweight hope is staring across the cage from the long-undefeated champion we'll all find out exactly how much success can change a man.

"We'll be ready," Mendez says, walking us out into the midday sun. "We're always ready."

The Rumors of Jake Shields' Death Are Greatly Exaggerated

The Guerrilla Style of Dave Camarillo