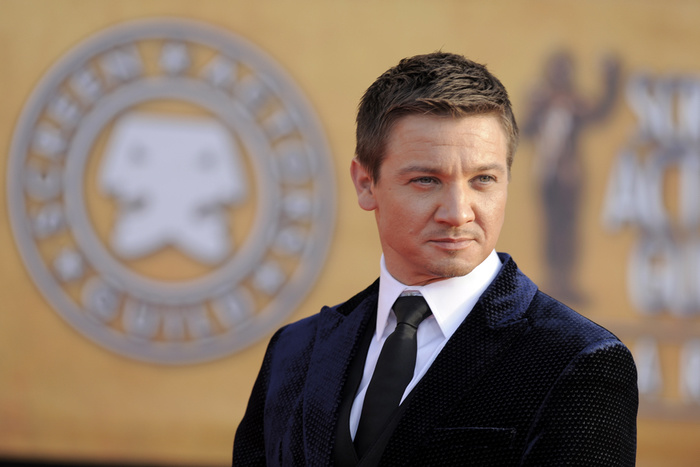 46 years after his untimely death and six decades after his stunning run as the undefeated heavyweight champ, boxer Rocky Marciano is finally ready for his silver screen debut.

As Variety reported late last night, actor Jeremy Renner, best known for his Oscar-nominated performance in The Hurt Locker and his recurring role as Hawkeye in the Avengers franchise, has signed on to play the legendary pugilist in a new film.

The first ever authorized biopic on the fighter, Undefeated: The Rocky Marciano Story will be produced by Morris S. Levy, and written by Samuel Franco and Evan Kilgore, with input from Marciano’s younger brother, Lou.

Undefeated will also mark the first time that Marciano’s story will be properly celebrated on film. He was previously the subject of two made-for-TV movies (ABC’s Marciano with Tony Lo Bianco in 1979 and Showtime’s Rocky Marciano with Jon Favreau in 1999), but neither was particularly well-received or authorized.

“They went out of their to portray him as something other than he really was,” Lou Marciano told his family’s hometown paper, the Brockton Enterprise, of the TV movies. “They just didn’t capture Rocky, the bright, intelligent guy that he was. This is something that really bothers the family.”

The younger Marciano intends to fix that with Undefeated, which will follow Rocky’s story from his childhood in Brockton, MA to his tragic death in a plane crash in 1969. It will also document his legendary reign in the ring, which included victories over Joe Louis (who retired after their 1951 battle at Madison Square Garden), Jersey Joe Walcott, Roland La Starza, and Ezzard Charles. Marciano defeated Walcott for the World Heavyweight Title in 1952 and retained it until his retirement in 1956 at the age of 32. He remains the only heavyweight fighter to leave the sport with an undefeated 49-0 record (although not the only pro boxer to do so—Floyd Mayweather Jr. tied Marciano’s record with his September 2015 victory over Andre Berto).

As for Undefeated’s new leading man, Renner appears to be a better match than the actors who have tackled the role on the small screen. Although the star is a southpaw and Marciano famously fought and won with an orthodox stance, there’s a noticeable physical resemblance between the two men, and Renner has consistently proven himself in athletic roles in the past. As Ed Donga from the Brockton Enterprise puts it: “Listed at 5’10 and 175 pounds, Renner is a close match to Rocky’s 5’11 and 190-pound frame. He has also played physically demanding roles in the pas—including soldiers, spies and the superhero Hawkeye from The Avengers series.”

While early reports on the film sound promising, there is one group of people who might not be excited about this new biopic: the rest of Marciano’s surviving family. Led by Rocky’s brother Peter and his son Rocky Marciano Jr., members of Marciano’s estate has been developing their own project with a rival studio.

In September 2014, The Hollywood Reporter announced that the family had teamed up with City of Peace Films and director Dustin Marcellino to produce a motion picture called 49-0/The Brockton Blockbuster.

Much like Lou, Rocky Jr. and company were eager to see their loved one properly portrayed on screen. “My father is still counted as one of the greatest heavyweight fighters of all time, and if he were alive today he would be proud that we are working to bring the true story of his life to the big screen," Marciano Jr. said in a statement released by the production company. "I am thrilled that the Marciano family; together with City of Peace films, is working on a movie that will tell the story about my father...the real Rocky story."

Marciano’s sister, Betty Colombo, who helped broker the deal between the studio and the family, was less diplomatic in her assessment. “I’m very excited about [49-0/The Brockton Blockbuster]. I think it’s going to make us feel very good to see something that’s authentic,” she told The Boston Globe after the announcement. “The first movie was awful. The second one I’m not really too familiar with... but neither one of them were thought to be great movies.”

49-0 director Dustin Marcellino, a fourth generation fan of the boxer, was eager to do his hero justice. “Rocky Marciano was my great grandfather’s all-time favorite fighter, which was passed down to all of us in the Marcellino family,” the filmmaker said in a statement. "The Marcellinos and the Marcianos have truly become family during the development of this project, and we are honored to tell this generation about a man, a son, a brother, a husband and a father who rose up out of the streets of Brockton to change the world in his generation."

At that point, Marcellino hoped to start filming in 2015, but that’s the last we’ve heard from the 49-0 camp. Undefeated, on the other hand, is currently on the hunt for a director. More details are expected in the coming months.