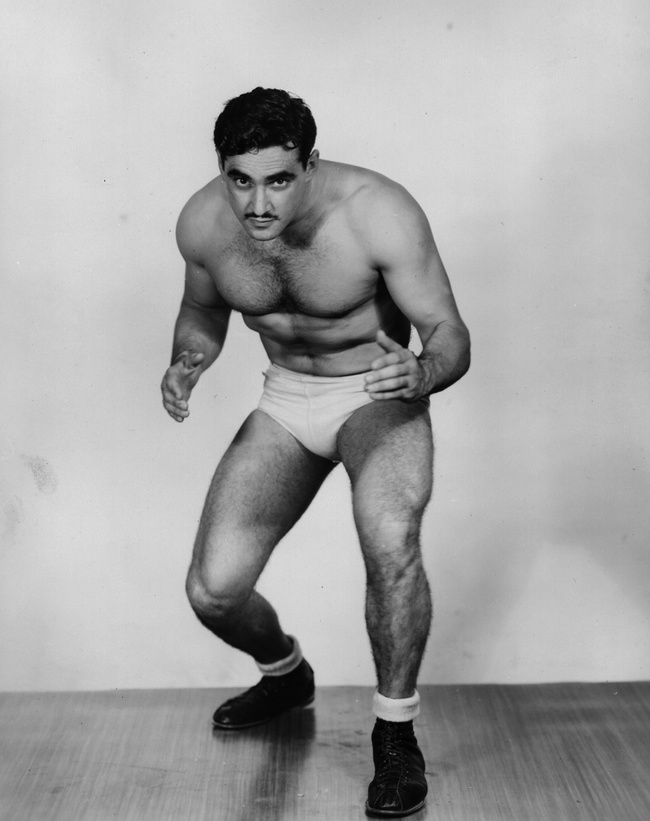 In the main gallery of the Yivo Institute for Jewish Research on West 16th Street there’s a picture of Benny Leonard on the wall—“The Ghetto Wizard,” a lightweight boxer from Manhattan’s Lower East Side who, even now, 70 years after his death, is still considered one of the greatest pound-for-pound fighters ever. There’s also a portrait of Barney Ross (born Dov-Ber David Rosofsky), who, in addition to being a triple-division boxing champion, was a hero to American Jews in the dark days leading up to World War II, a light in the great Nazi propaganda tunnel who was nearly court-martialed after he flattened an officer in the Marine Corps who’d made an anti-Semitic remark. Then there’s the great barrel-chested Max Krauser, who was on a wrestling tour of Australia when the war broke out. Unable to return to his native Poland, he came to America and enlisted in the army to fight the Germans. None of his relatives back in Europe survived the war.

These days American Jews are known for many things, none of them fighting. But back in the first part of the 20th century mobsters like Meyer Lansky and Bugsy Siegel and Lepke Buchalter turned their New York neighborhoods into war zones. And gangs of teenage Jewish toughs prowled the slums of Brownsville in Brooklyn and the Lower East Side in Manhattan tormenting street merchants and rival gangs and everyone else. And professional Jewish fighters were as common as professional Irish fighters or Italian fighters or black fighters. Boxer Al “Bummy” Davis fought 79 times in eight years with a Jewish star embroidered on his shorts, surviving in a slum run by Murder Incorporated before succumbing to gunshot wounds he received while trying to thwart a robbery at the tender age of 25. Rafael Halperin became one of the most successful professional wrestlers in the U.S. after putting aside his rabbinical studies and a successful bodybuilding career in Israel. And Blimp Levy became a world-famous wrestler after being pulled from his job as the fat man at a Coney Island circus by an enterprising impresario with an eye for nimble 600-pound men.

So there were all kinds of fighting Jews engaged in back then. Some done for glory, some done for pride, some done for race and community, most done for money, some done for nothing: violence for its own sake. Still the myth of the milquetoast Jew lives, and for some reason it was just as strong then as it is now. The curator of the “Yiddish Fight Club” exhibit at the Yivo, Eddy Portnoy, came upon an article in an 1867 edition of the Warsaw Jewish Newspaper (Varshever Yidishe Tsaytung) bemoaning the common perception of Jews as physically weak and dangerously pacifist. “This sensibility caused detractors of Yiddish to claim that the language itself was a 98-pound lexical weakling, devoid of a vocabulary for dealing with interpersonal violence,” Portnoy writes.

But that’s only because the writer and others like him were looking in the wrong places, a common mistake among social critics and other high-minded types. To find the fighters and the fighting words among the Jews, curious parties would have had to look beyond, or really below, the confines of their class, to what Portnoy calls the “disdained subclasses of Yiddish speakers: blacksmiths, butchers, porters, wagon drivers, and others who worked with their hands and bodies, who fought with each other and anyone else who dared to cross them.” These were the people who became wrestlers and boxers and who revered them, and these were the people who spoke the coarse, violent words the Warsaw Jewish Newspaper was mourning the lack of. 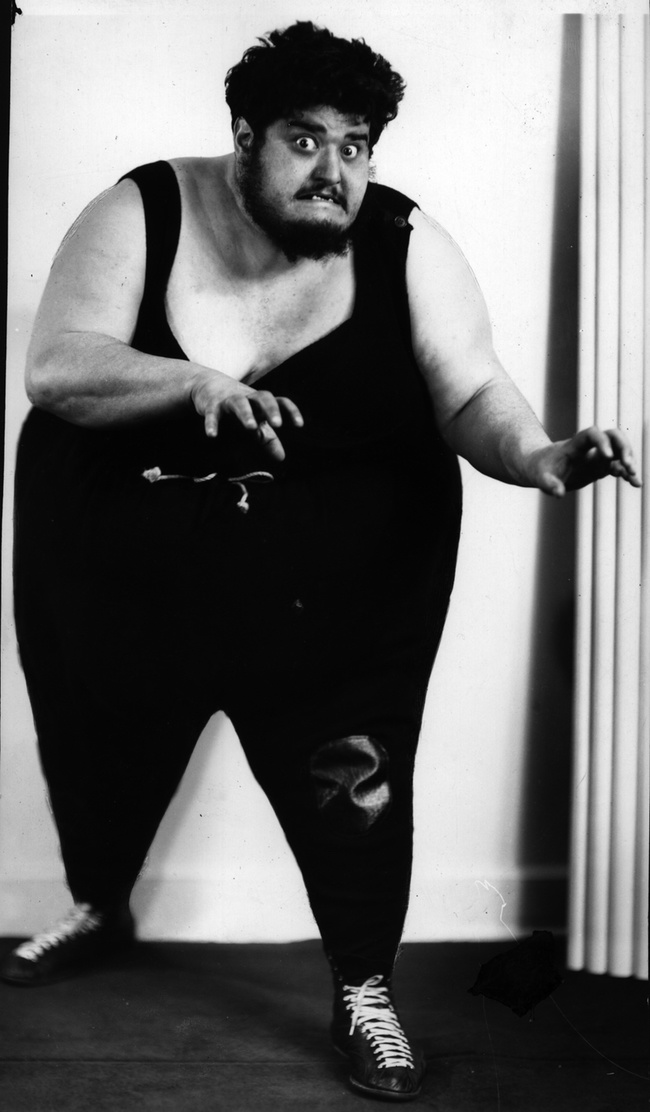 Yiddish has a word that means “to smash someone in the head with a piece of wood.” Bentsh. It translates literally as “a blessing on your head.” There’s a word for a hit with an elbow: shturkh. A shtaysl is an uppercut to the chin. A khsime is a signature, as in putting one’s signature on somebody’s face. And mashkatne means “to hold someone down and beat them.” You’re literally taking a mortgage out on him. So much poetry and so much pain. Such nice words for such nice boys.

It’s only appropriate that an art exhibit about Jewish fighters would be as much about the words used to describe fighting as the fighting itself. From Moses and his 10 commandments to the 6200 pages of the Talmud, from Ira Gershwin to Philip Roth, words are the weapons Jews have used to define and defend themselves in a world that has been trying for thousands of years to define and attack them, using far sharper tools. Words, as much as fists and guns and bats, can be instruments of violence and self-determination and survival. It’s not enough to say Jews fought; Jews need to know how to talk about the way they fought. That’s how we work. Like the Talmud, a compendium of Yiddish fighting words is an act of defiance and self-actualization—a means of making sense of the world, a definition of a culture in reaction.

On the day I went to the Yivo Institute, the “Yiddish Fight Club” exhibit stuck out among the other, quieter displays, of medieval Sephardic texts, photographs of leisure and theatrical life in 19th-century Poland, and short documentaries about Ellis Island.

An unterkletzl is a strong knee to the backside. A shmir is an open-handed slap to the face, like a shmir of cream cheese on a bagel. A punch in the ribs with the knuckles of the first two fingers sticking out is called a shtikhe. To araynforn in pisk arayn is to elbow someone in the jaw. A punch that rings your bell is a klung. A bukh is a punch to the side. Drazgen is to beat someone lightly, whatever that means. Pletn means to bash someone over the head with an iron bar or heavy stick. And nizikn means to kill, from the Hebrew for “damage.” This is the vocabulary of a fed-up race. 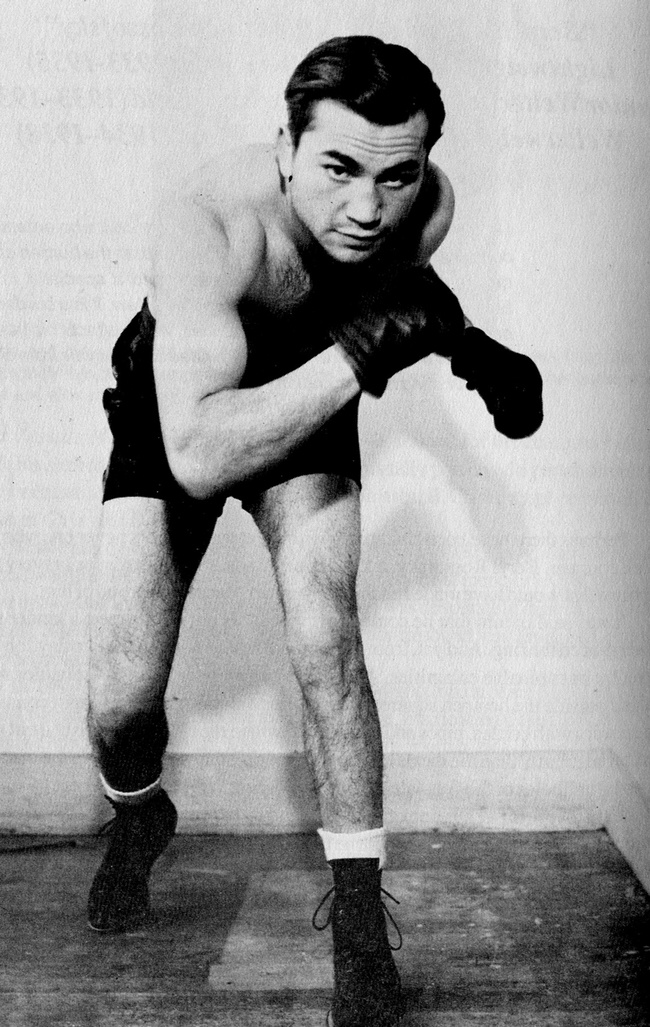 What you keep coming back to is the bizarre, irrational hatred that swirled around the lives of these men. The fighters on the wall of the Yivo who didn’t have to survive the shtetls had to survive the ghettos; those who didn’t face the pogroms faced the Nazis. Entire lives lived under a cloud of anti-Semitism. All that unending, grinding, unpacifiable disdain.

So you fought back the best way you knew how. Shepsel Rotholtz, a champion lightweight boxer representing the fighting club of the Left Labor Zionist organization in Warsaw, Poland, initially refused to fight a German boxer at a tournament in 1934, but when he was forced to by the Polish authorities he trounced him. Two years later he again refused to fight in the 1936 Olympics in Berlin and again was compelled to by the Polish military. This time the Germans wouldn’t allow it. Then things get murky. Rotholtz was reported dead in 1939, a casualty of the Polish campaign, but then appeared in Soviet-occupied Poland a few months later. He may have survived the war in the Warsaw ghetto posing as a policeman or on the gentile side of the city, a beneficiary of the generosity and guile of friends from the boxing world. Some reports say he was eventually captured and placed in a German labor camp. After the war he emigrated to Canada.

In the lead-up to the 1936 Games, crowds lined the streets of Vienna chanting “Death to the Jews” as the Olympic torch made its way to Berlin. Those are also fighting words.

On Ink and Edges: Samoan Warrior Tatau in MMA