Johny Hendricks and the Quest for the Perfect Hand Wrap 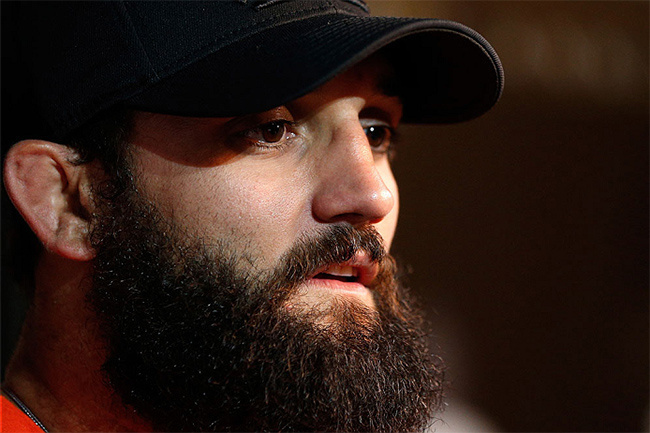 It’s been almost a week since Georges St-Pierre beat Johny Hendricks to retain his welterweight title at UFC 167, but the controversies and debates haven’t died down at all. People are still at loggerheads over whether or not GSP should have won the fight, over the nature of MMA judging and the ways to improve it, over the truth behind GSP’s strange post-fight declaration that he needed to step away from MMA, over the possibility and propriety of his retiring, over the role UFC President Dana White is playing in the whole affair, over the rumors about illegitimate love-children and sick fathers, even over the neurological indications of alien-abduction stories.

All in all, I can’t remember an MMA fight that’s ever generated so much post-fight chatter. The judges in the Jon Jones/Alexander Gustafsson fight had their detractors, and Anderson Silva was widely mocked for the way he lost to Chris Weidman, but those controversies were minor flare-ups compared to this everlasting bonfire.

Well, you can keep your illicit love affairs and your accusations of incompetent judging. To find the true drama at the heart of the GSP/Hendricks, look no further than Hendricks’ knuckles—the cure for and the cause of all the challenger’s problems.

According to an interview in yesterday’s Dallas Morning News (Hendricks’ hometown paper), the reason why Hendricks didn’t throw his punches with 100% power—a claim he made during the post-fight press conference, for which he got good and chided by his boss, White—wasn’t due to strategy or injury or even will. It had to do with hand wraps:

I usually get a thick wrap and this time I didn't do that. Instead of me asking for a thicker wrap, I kept my mouth shut. It's my fault. That's on me. It means I hit hard enough that I can punch through the 4 oz gloves. So that's what made my hands get bruised. I couldn't punch as hard as I could (have). The more injured I get, the less I get to use it, the more he gets comfortable, so I had to tone down my power. I was still hurting at 70 percent. Wait till I get a full hand wrap. That only builds confidence, because I beat the pound for pound best fighter in the world. I will be back, and I will be stronger than before.

In all the years I’ve been following MMA, I’ve heard a lot of colorful threats thrown back and forth between fighters—who can forget Ken Shamrock threatening to beat Tito Ortiz into “a living death” or Frank Mir's desire to make  Brock Lesnar the first fighter to die of “Octagon-related injuries”—but maybe no fighter in the world has ever come up with a threat quite as bizarre and delightful as “Wait till I get a full hand wrap.” I can think of nothing as terrifying as the thought that ensuring my destruction is simply a matter of going to the right sporting-goods store.