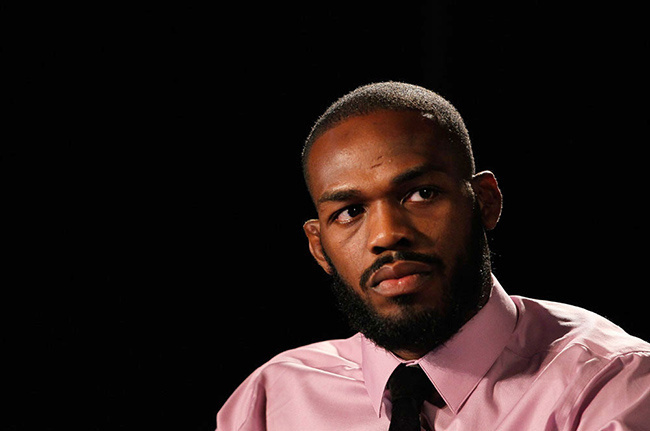 Jon “Bones” Jones isn’t known as a political figure. Outside fight predictions, he seems uninterested or unwilling to give his opinions, content instead to play the role of the impartial champion and dependable corporate spokesman. Until yesterday, that is, when Jones, during an interview ahead of his title fight this weekend against Chael Sonnen (a man who is incapable of not expressing his opinions) sounded off on the Matt Mitrione/Fallon Fox scandal.

Mitrione was suspended by the UFC earlier this month after making repulsive comments about transgender mixed martial artist Fallon Fox. “I have not seen a man beat a woman like that since Chris Brown beat Rihanna,” the middling heavyweight told The MMA Hour. “That is a lying, sick, sociopathic, disgusting freak. And I mean that. Because you lied on your license to beat up women. That’s disgusting.”

Several fighters, particularly female fighters, have expressed their opinion about Fox, but no one, outside the UFC itself, had responded to Mitrione’s outburst until yesterday, when Jones--much to everyone's suprise--threw in his two cents.

"I think [Mitrione is] terrible for that," Jones said. "It's ridiculous. I think Fallon Fox--that's a strong person. Despite what the person has been through in their life, that's a strong person. I'm a fan of that person because of what they've gone through and what they're willing to go through. ... People like Matt Mitrione are scumbags. He's a scumbag. I don't care if he's off suspension or doesn't fight again. He's a ridiculous person."

God love you, Jon Jones. It takes a real mensch to stand up to a bully. Win, lose, or draw tomorrow night, you’ve officially got the Fightland stamp of approval.

Check out our musical tribute to the champion here.