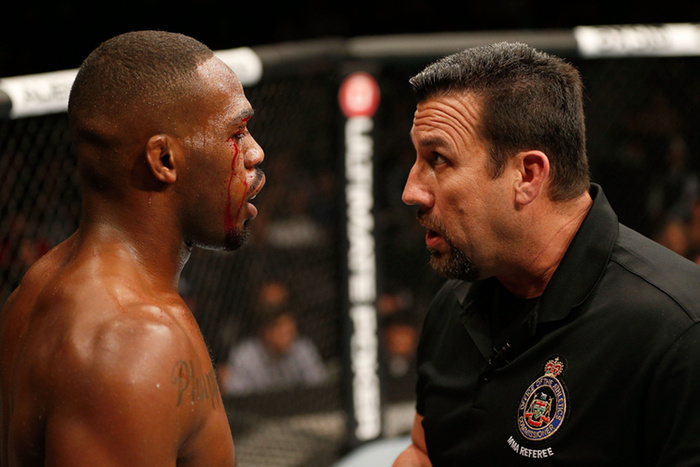 For years UFC light-heavyweight Jon Jones has been sticking his fingers into opponents’ eyes. Whether he does this intentionally or unintentionally, strategically or carelessly, as a consequence he’s developed a reputation as a dirty fighter that’s sullied his reputation as a brilliant one. And while Jones has never been penalized for these violations, as his legend as a less-than-entirely-clean fighter has grown so has the attention of referees, in particular “Big” John McCarthy. And that, for Jon Jones, has become a problem.

Because when Jones steps into the cage a week from Saturday to try and reclaim his belt from current champion Daniel Cormier at UFC 200, McCarthy will be the third man in there with them. When the announcement was first made last week that McCarthy had drawn the assignment Jones’ camp registered their objections with the Nevada State Athletic Commission, but to no avail. Then yesterday, at a pre-fight media scrum, Jones himself said that if he had his way McCarthy would be replaced. Not that he made his reasons any clearer. Even after a two-minute monologue Jones’ distaste for McCarthy remained cryptic.

"It's been a mixture of many things throughout the years," Jones said. "Just the energy. I don't feel like we have the best energy. It's an accumulation of some of the things that happened during some fights and just personal interactions. I just don't feel as, you don't need anything stacking up against you when you're fighting a great fighter like DC. … I would prefer any other referee but him.” 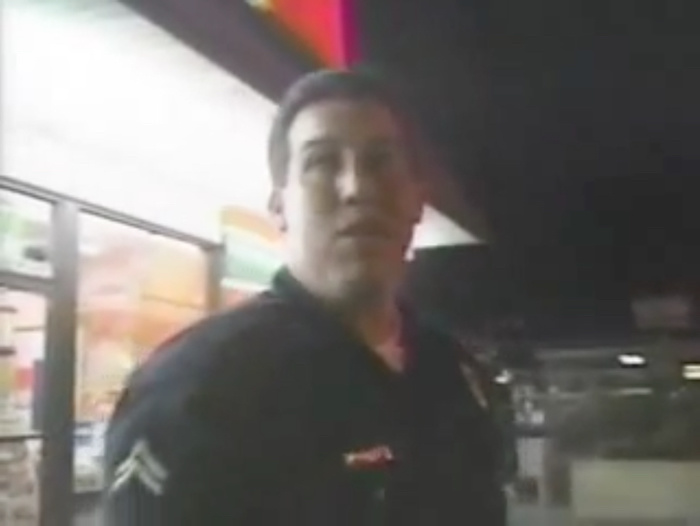 It’s hard to quantify as shadowy a notion as “energy,” of course, which is likely why the NSAC chose to ignore Jones’ request for a new referee. But knowing Jones and McCarthy in the admittedly distant way we do it’s not hard to see what Jones might be talking about—that a man like John McCarthy, the first-ever UFC referee, one of the authors of MMA’s first rules, and a former officer in the Los Angeles Police Department whose father was one of the minds behind the SWAT team and who himself fought off looters during the 1992 LA Riots, the very epitome of law and order in a violent and chaotic sport, would rub the wrong way a man like Jon Jones, a carefree king of the world and fighting prodigy for whom MMA is an extension of himself and therefore his to do with as he pleases, but whose “casual” indifference to the rules that other, smaller men have to follow has extended on multiple occasions outside the Octagon to the world of actual legal (generally vehicular) misdemeanors and felonies. Just remember Jones’ lashing and ill-advised reaction to being pulled over for drag-racing earlier this year in Albuquerque, New Mexico, when he called the arresting officer a “liar” and a “pig,” a reaction that led to the former champion getting busted for violating his probation and spending the night in jail. Jon Jones has a problem with authority. No wonder he’s upset that a ref, a former cop no less, would be given the chance to ruin his perfect day of redemption.

When John McCarthy referees a Jon Jones fight he tells Jones to keep his fists closed and his fingers to himself before Jones even has a chance to poke them into his opponent’s eye. When Jones comes crawling out of his corner on all fours like a cat and a man (say Vitor Belfort) whips a questionable kick at his head, it’s Jones McCarthy chides for “playing games.” How crazy that kind of pre-emptive intrusion must drive a man like Jones, so creative and impulsive and, yes, occasionally given to bending rules when it suits his aesthetic whims: to be an artist and to have your impulses toward beauty and invention quashed by minds whose only concerns are petty rules and restrictions, when you have an obligation as an artist to ignore and upend those rules every chance you get. This is the tragedy of Jon Jones: being an artist in a world where the only thing separating sport from murder is referees. And the great antagonist is this tragedy is not Jones’ opponent, Daniel Cormier, but John McCarthy, the embodiment of everything his artist’s soul loathes instinctively: rules and laws and restrictions and boundaries and borders and chains and always no, no, no!

“That’s what you get for playing games”? Yes! I’m Jon Jones and I play games and I improvise and I search because that’s what my soul cries out to do. And your cop’s soul in return cries out for straight lines and obedience. How could we ever expect two such opposing forces, two such naturally antagonistic energies, to co-exist in a space as small as the Octagon?