Jon Jones Expects to Be Back in the Octagon "Really Soon" 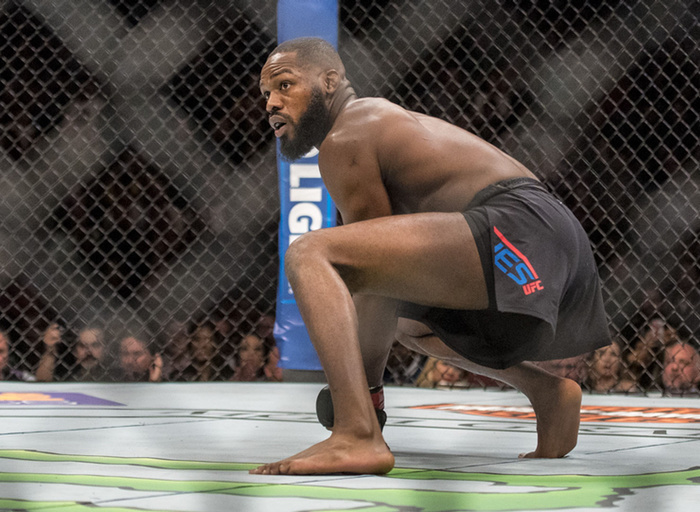 As we enter UFC 202 fight week, there is plenty to talk ahead of the most eagerly anticipated rematches of the year as Conor McGregor seeks to avenge his loss to Nate Diaz from UFC 196 back in March.

Last night, UFC’s European team readied the media for an announcement this morning, confirming the worst kept secret in mixed martial arts, as Michael Bisping is set to make his first title defense against his old rival Dan Henderson in Manchester on October 8.

As if all that wasn’t enough to process, perhaps the most shocking news to emerge over the weekend came from a post Jon Jones made on his Instagram account on Sunday evening.

The suspended former light heavyweight champion cut a relieved figure as he revealed to his fans that he expects to be in action again quite soon, despite many believing that he was getting ready to be handed a two-year suspension by USADA due to a potential anti-doping violation that ruled him out of his UFC 200 main event meeting with Daniel Cormier.

“I just wanted to take a few seconds to say hello to you all, and to give you a little update on how I’ve been doing,” said Jones in the post.

“I’ve been doing really good, training and spending time with family (and I have been) attacking some of these legal issues I’ve got myself into. I’m trying to just leave that behind for once and for all.

“I’m sure you guys are interested to know what’s going on with this USADA situation. Obviously, I can’t get into it because it’s still pending, but what I can say is that we have found out lots of really good news and I’m expecting to be back in the Octagon really soon.”

Many believed that the maximum two-year penalty would be handed down following his positive test for two estrogen blockers. However, if Jones is right about his belief that he will be back in action “really soon” it’s quite likely that he will instead receive a six-month sentence.

Both Tim Means and Yoel Romero had their suspensions reduced to six months after it was deemed that tainted supplements had brought about their positive tests. Romero shares the same management as Jones, and many believed that First Round Management’s Malki Kawa was the best man for ‘Bones’ to have in his corner if he was looking for the same reduced penalty as Means and Romero.

While Jones may feel vindicated by receiving the six-month ban, there has been substantial damage done to his stock since the shocking revelation just days out from UFC 200.

Although Jones seemed confident in last night’s post that he will be returning to the Octagon in the near future, the damage might already be done to the controversial star.

Scores of fighters and MMA personalities lambasted the champion following his suspension. Former UFC middleweight contender Chael Sonnen claimed that Jones hid under the Octagon at Jackson’s when USADA had previously tried to test him, adding further fuel to the fire that surrounds the former champion.

“USADA rolls into (Greg) Jackson’s gym to do a test on Jon Jones and there were only some coaches in there and Jon, there were like five people in there at the time,” Sonnen told Joe Rogan.

“Where (the testers) parked, he can see them coming, so (his team doesn’t) know what to do with him. They hide him underneath the cage.

“Jon Jones hides under the cage. They say, ‘Jon, we don't know where he is,’ and this is before we were enrolled in the program and he did not need to disclose his whereabouts. At the same time, if they show up and find you, you must test. If they can’t find you, you didn't have to test back then.”

Dana White showed no sympathy for Jones and specifically stated that even if it was proven that it was a tainted supplement that caused the potential PED violation, it still should be something that a champion of Jones’ ilk should not have issues with.

“No, I'm not talking to Jon Jones,” said White during an appearance on The Herd.

“You’re 28-years-old, you’re probably the greatest talent to ever step foot in this sport, right? Call USADA and tell them what supplements you’re taking. You’ve already been through this history of just absolute madness. Why would you do this? Forget doing this to us, why would you do this to yourself?”

‘Bones’ will have to be on his best behavior when he returns to the Octagon. Many expected a changed man following his heavily publicized car crash in 2015, but his potential PED violation has not restored the faith of the masses.