José Aldo Has a Secret Announcement 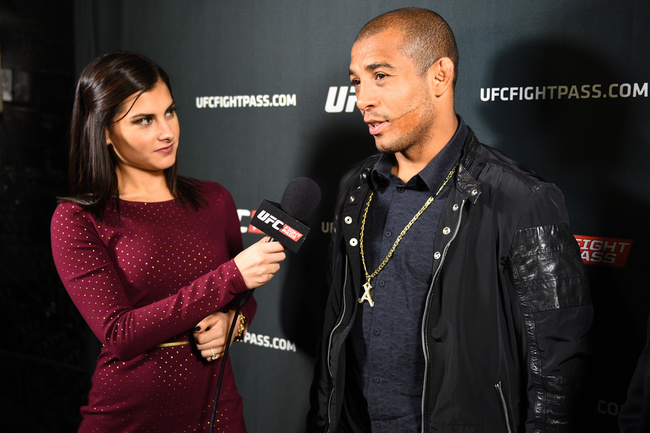 From his formidable days in the WEC to his seemingly interminable reign in the UFC, José Aldo has cemented himself as one of the most remarkable athletes in mixed martial arts in the eyes of fans and pundits alike. A fearsome athlete, an athlete in possession of a complete skill-set that has not ever been tried or tested. Tried and tested in the sense of being left with a feeling of, “Oh, shit, is Aldo going to lose this one?” Most of the time it feels like Aldo plays in his own league. Most of the time it feels like playing Mortal Kombat with the entire damn cheats codes on. Chad Mendes took him to the danger zone, once, during their second encounter, but ultimately the Brazilian champion proved to be the very best once again.

This upcoming July 11th, at the MGM Grand Garden Arena in Las Vegas, Nevada, Nova União’s lead ambassador and Brazilian hero José Aldo will fight the Notorious Conor McGregor, who has spent much of the past few months conjuring up a storm about what’s going to happen when these two next-level featherweights meet. In what is sure to be a barnburner and a pivotal moment in the progress of mixed martial arts, Conor McGregor will either put his money where his mouth and rip José Aldo off his throne or take a big stumble down the ladder which he so meticulously has climbed by talking himself up when the Brazilian fighter beats him.

In any case, it’s very interesting to think about what José Aldo has up his sleeve for after he fights Conor McGregor. In a recent interview with Sherdog, Aldo revealed he has a surprise for everyone for after he beats the Irish motormouth. He told the interviewer, “As soon as I beat McGregor, you will know what’s gonna be my next step.” According to Aldo, the surprise will be big, and that everyone knows except the fans.

This weekend, Raphael dos Anjos fights Anthony Pettis for the UFC lightweight title strap. If Pettis defeats dos Anjos, he’ll be very close—if not exactly entirely there—to having swept clean his entire lightweight pool. Could a Pettis-Aldo superfight be in the works? Rumors of that fight began bubbling up last summer, in 2014. But also quite recently, Aldo’s also been in the middle of another hopeful discussion. T.J. Dillashaw told one of the big mixed martial blogs that he is very down to go up to featherweight to face José Aldo. Team Alpha Male versus Nova União might be mixed martial arts’ own Boca-River rivalry. And TJ wouldn’t be the only one switching up to featherweight. At UFC Fight Night in Manila, bantamweight Urijah Faber will face Frankie Edgar in a featherweight bout.

A Case for José Aldo