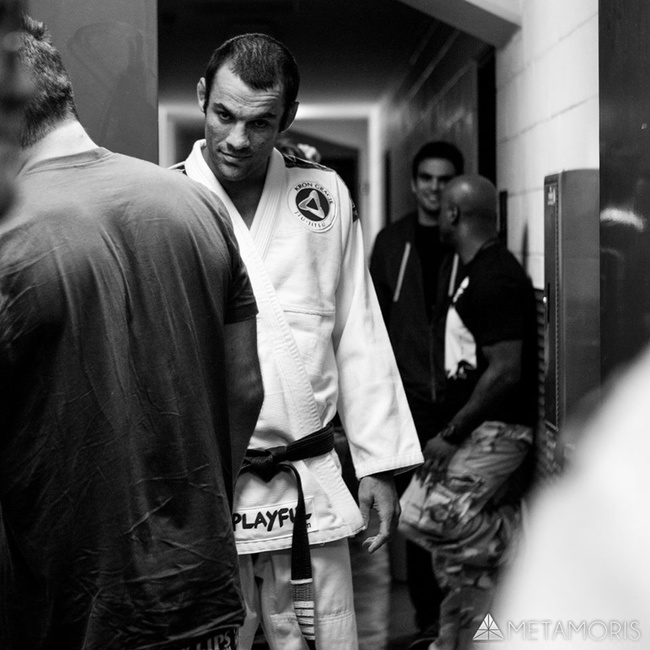 In the past year, Metamoris has gained a lot of traction, and attracted the eyes of fans around the world to its now renowned all-white mat, superior art direction and single-round, submission-only rule-set.

Metamoris 6 was supposed to feature a headlining event between the current heavyweight champion of Ralek Gracie’s operation, Josh “The Warmaster” Barnett and Brazilian jiu jitsu legend Roberto “Cyborg” Abreu, but a rib injury forced Cyborg to pull out of the fight.

Cyborg reached out to his fans through YouTube, apologizing for missing the match:

Unfortunately due to a rib injury, I won't be able to fight this weekend at Metamoris. It has been a tough decision to make. I was fully committed to my training and very motivated with the chance of defending the flag of BJJ and taking the title from Josh Barnett, but my trainers and doctors advise me not to fight since I wouldn't be able to perform, risking my health and jeopardizing my career. In addition to misrepresenting my art and not giving fans the fight they deserve. I'll have to bow out for this time, recover myself 100 percent and wait for my next opportunity to fight Metamoris, hopefully against Josh, and focus on my super fight on ADCC. Thanks to all of my fans/sponsors/friends/ family for all the love and support always!

To replace him, Metamoris tapped a Gracie representative and one of Ralek’s brothers. This Saturday, Josh Barnett will demonstrate the merits of catch-wrestling versus the jiu jitsu of Ryron Gracie.

Ryron, along with his brother Rener, started the online educational video platform Gracie University, where they demonstrate various martial arts techniques. Ryron was one of the first jiu jitsu players to participate in Metamoris, appearing in the promotion’s first card versus renowned submission specialist André Galvão. Galvão was unable to finish Ryron. Critics deemed the fight unexciting, but Ryron nevertheless demonstrated the self-defense focus of Brazilian jiu jitsu. He’ll probably try and demonstrate the same skill-set versus Barnett’s relentless style of catch-wrestling.

Ryron is also showing how the Gracies live by their philosophy of always being ready to go, stepping into this match-up in the very last minute.

The match will be in open-weight, as Ryron is considerably smaller than Barnett and Cyborg.

The other match-ups on the card:

You can order and watch the card via Metamoris’ new subscription service, All Access, or through a Pay-per-view purchase.